Amazon.com Inc.’s equity performance has far exceeded the S&P 500 Index over the past five years, yet buybacks may be the best use of capital in the near term as financial flexibility grows and excess cash builds, according to Bloomberg Intelligence’s Robert Schiffman. With consensus free cash of almost $42 billion in 2021 and $58 billion in 2022 -- the e-commerce giant’s share-repurchase authority has gone unused since 2016 -- cash could exceed $100 billion over the next two years. The company is scheduled to report fourth-quarter earnings after the close of trading Tuesday.

Some of the largest tech companies like Alphabet and Amazon do not buy back many of their shares. That hasn’t impeded investor enthusiasm because they have been able to continue to deliver on growth and new product offerings.

Share buybacks are tax efficient but most technology investors would prefer the companies to invest in the next big thing. Nevertheless, as cash piles rise, the companies will need to find a use for it and not least because they become targets for cash strapped politicians. It might seem prosaic but a dividend policy announcement would be welcome and open up the shares to a whole new suite of investors. 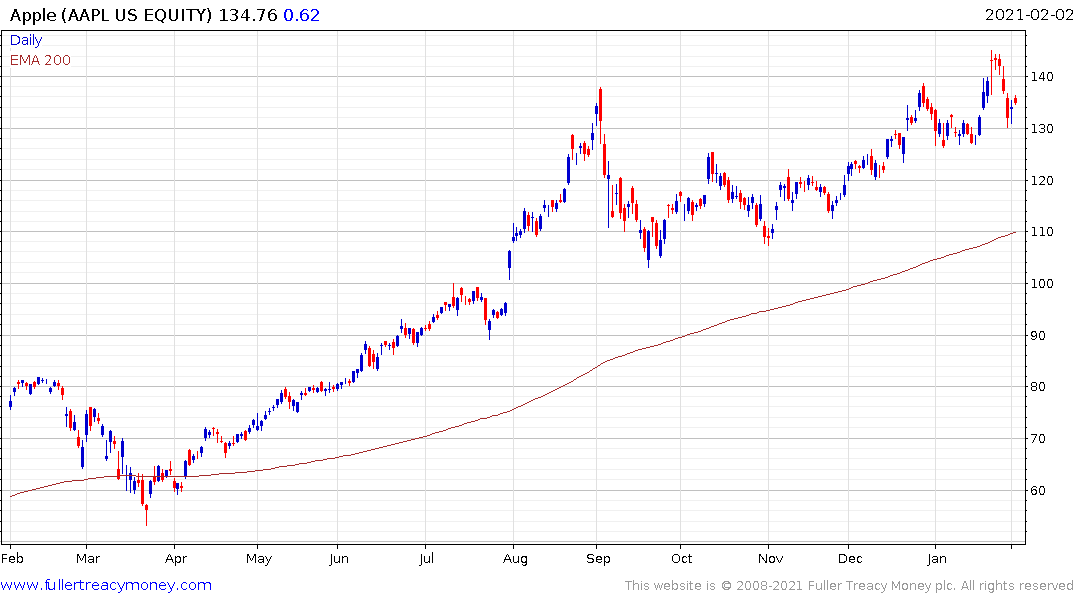 Apple’s dividend hasn’t done the company any harm and it has also been returning capital in the shape of buybacks. 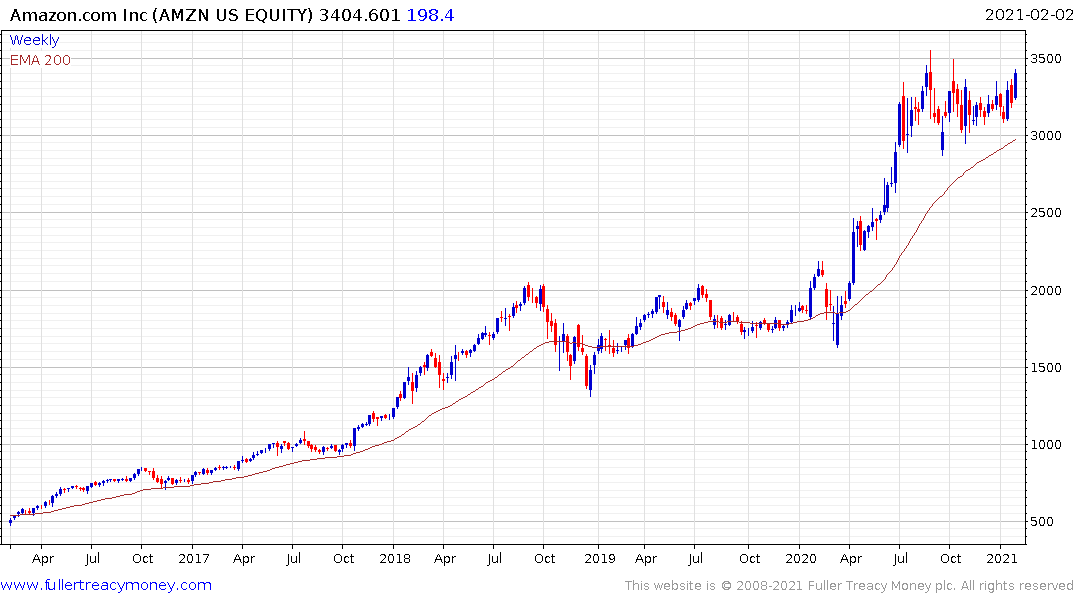 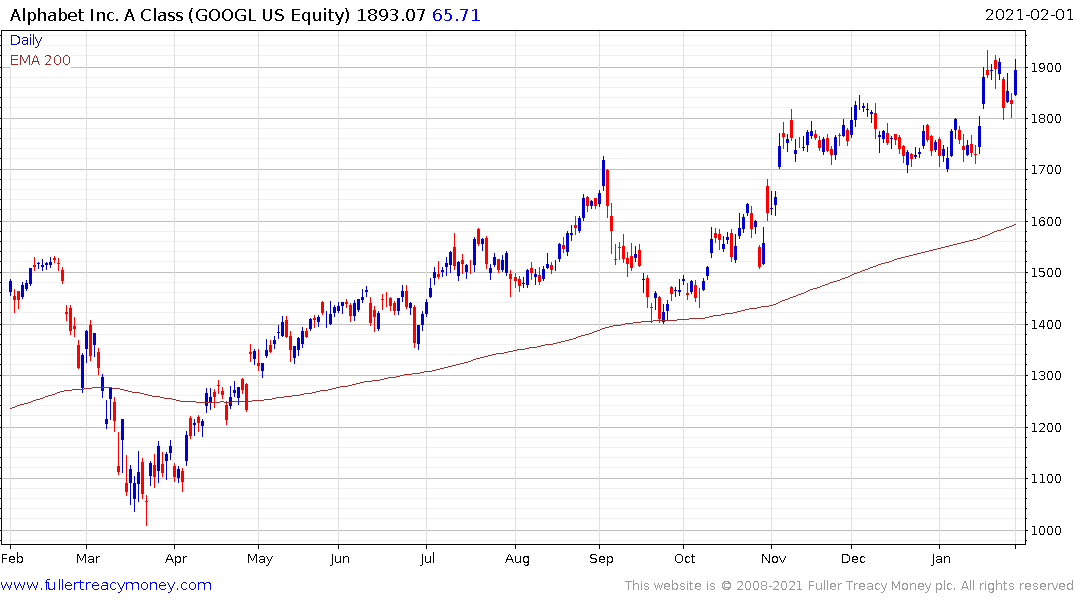 Both Amazon and Alphabet (Google) would need to sustain moves below their trend means to question medium-term scope continued upside.