Which individuals may be impacted by the ALP franking credit proposal?
Comment of the Day

Which individuals may be impacted by the ALP franking credit proposal? by Eoin Treacy

Mrs H was a fully self-funded retiree, owning a modest home in the outer northern suburbs of a capital city, living off the income from a portfolio of direct shares and some bank deposits. Her assets, other than the home, totalled $650,000, with $50,000 in non-income bearing assets. Of her investments, $500,000 are invested in fully franked dividend paying Australian companies and $100,000 invested in term deposits and cash. Mrs H is ineligible for a part aged pension, since her assets exceed the maximum assets test level (currently $564,000 for a single homeowner).

Mrs H currently has a taxable income of $30,571. The $100,000 in deposits only earns $2,000 in interest, while the share portfolio yielded an average 4% cash dividend providing $20,000. Importantly the dividends were all fully franked, receiving $8,571 in franking credits (these are included in taxable income). With no tax payable due to the Seniors tax offset, Mrs H received a full refund of her franking credits, considerably boosting her cash income from $22,000 to $30,571.

Since Mrs H is not eligible for any pension entitlements, she would no longer receive those franking credits under the ALP proposal. The loss of $8,751 would reduce Mrs H’s income by 28%, reducing her weekly income by $165, from $588 per week to just $423 per week.

Full franking on dividends is the number one topic of conversation that comes up when I have conducted The Chart Seminar in London. It has been one of the primary factors in Australian investors tending to favour their domestic market’s dividend paying stocks. Significant changes to the tax structure for dividends and pension could have a significant knock-on effect for the banks in particular because so many investors own them for income. 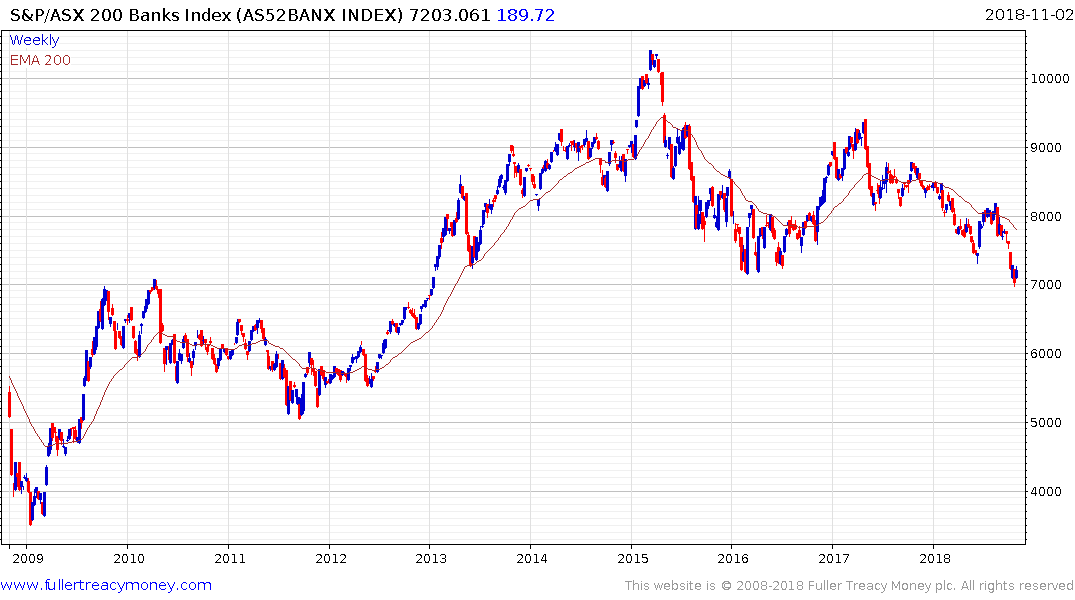 The S&P/ASX 300 Banks Index is testing the region of the 2016 lows and is somewhat oversold in the short-term so potential for a reversionary rally has improved. Nevertheless, a sustained move back above the trend mean, which is still declining, would be required to question medium-term supply dominance. 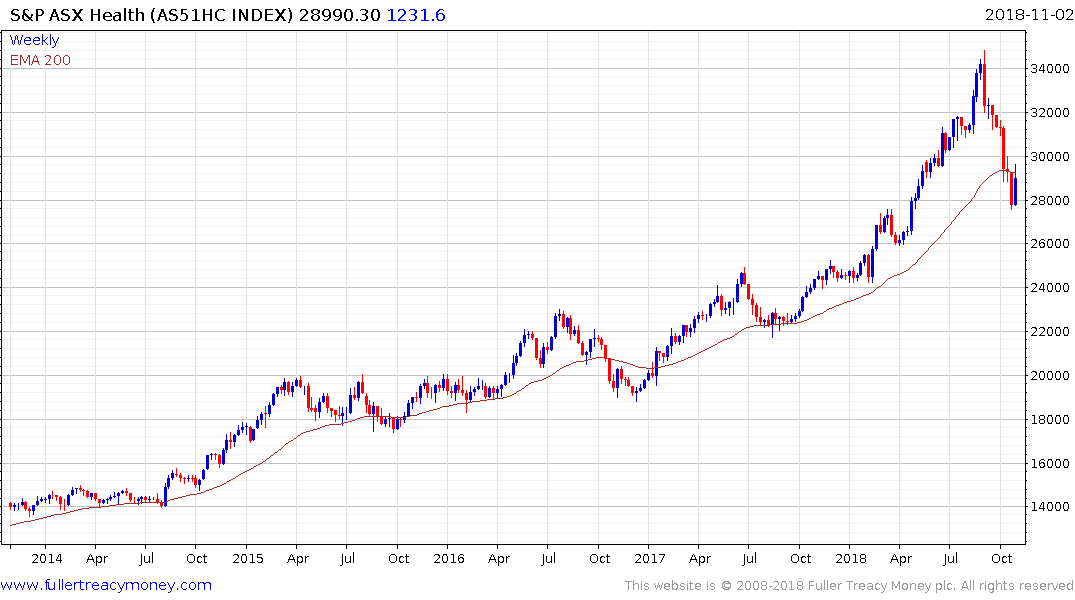 Meanwhile the healthcare sector accelerated to its September peak which climaxed with a downside weekly key reversal. It has retraced its overextension relative to the trend mean but needs to hold the 27,500 if the medium-term trend is to retain some semblance of consistency. 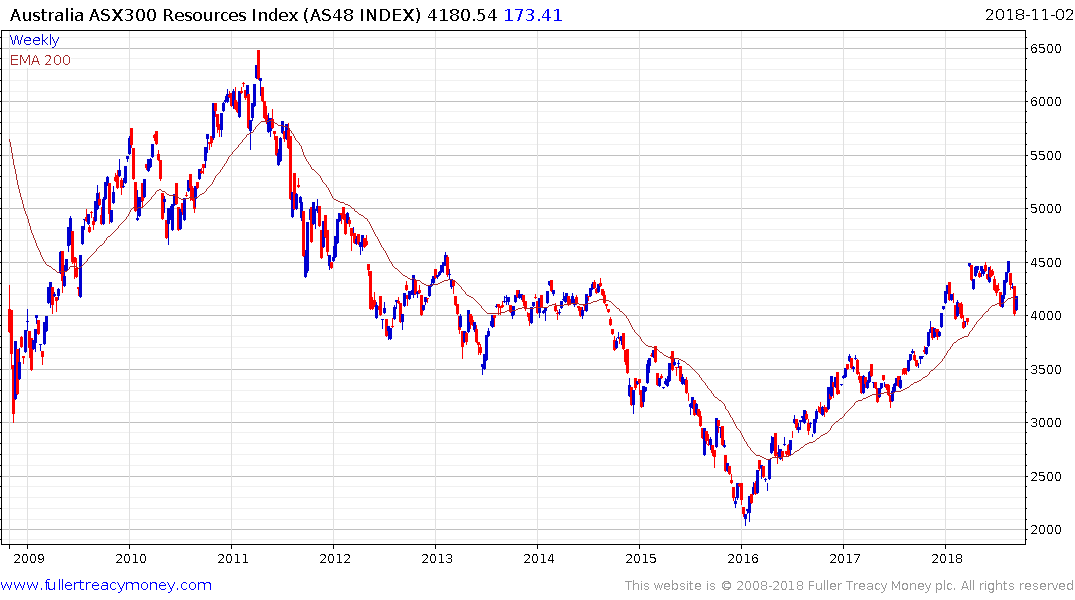 The Resources Index tested the 4000-level last week and that level needs to hold if the benefit of the doubt it so be given to higher to lateral ranging.