Where to Frack Next: La La Land
Comment of the Day

Where to Frack Next: La La Land by Eoin Treacy

The exploration and production sector just reported its “best organic free cash flow since shale began,” according to an analysis of first-quarter results by Bob Brackett at Bernstein Research.

Most notably, less than half of cash flow from operations was swallowed up in capital expenditure. This not-spending-everything approach may seem like finance 101 but is actually pretty radical stuff for the shale business. Look at 2012 to 2016 on that chart. Such profligacy led investors to abandon the sector, finally forcing some discipline.

Secular bull markets in commodities are about the rising cost of marginal production. Decades of little investment in new supply in the energy sector created conditions that required a decade of overinvestment in new supply to compensate for rising demand. Ahead of the bull market in the early 2000s, the marginal cost of production was somewhere around $20, today that level is closer to $40. 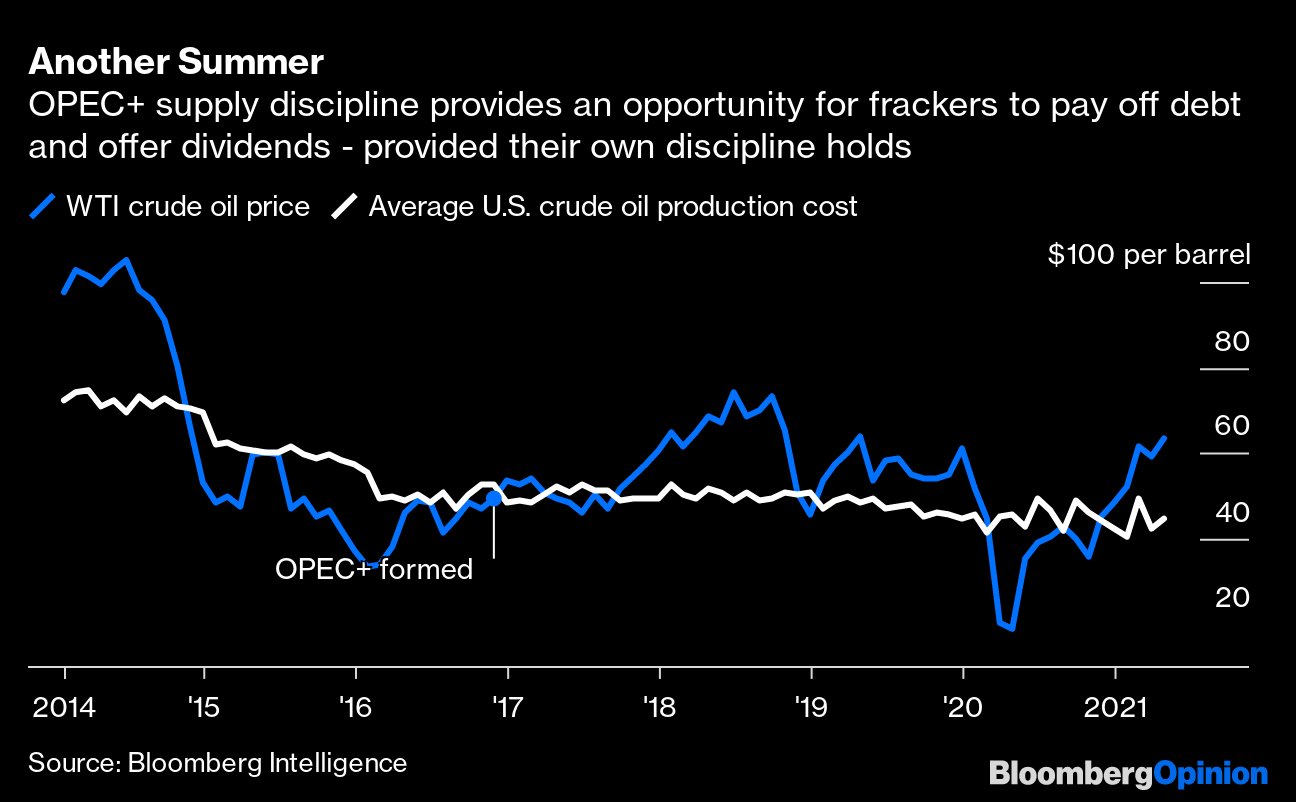 The innovation delivered by shale producers has been truly gamechanging. It turned the world’s largest importer into an exporter and is reshaping the geopolitical landscape in real time. Unconventional supply is capital intensive. The drills are a lot more expensive and constant drilling is required to sustain production.

The land grab that was associated with the early to mid-years of the shale boom meant the companies had to drill to secure their leases. From 2014, the number of drilled but incomplete wells doubled. In the last year the number has contracted significantly as companies gave up on new drilling and tapped those holes to increase supply. Together with abundant free liquidity, that formed the basis for a recovery as oil prices rebounded.

There is no shortage of oil. 8 million barrels could be brought online if OPEC+ chose to do so. That suggests the next decade will be about significantly reduced investment in additional supply which is good for dividend growth but likely to result in rangy chart patterns. The additional issue is the rising burden of regulations will curtail appetite for risk taking. 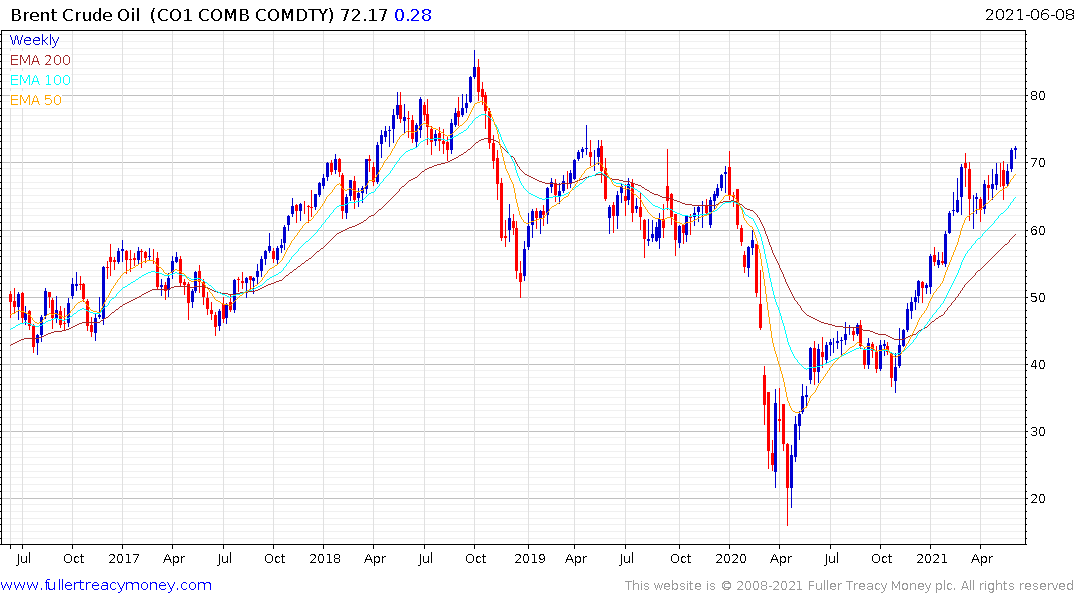 It seems that the oil business is having the same kind of cash flow disciple imposed on it that the gold miners experienced following their bear market. That is positive for shareholders provided balance sheet discipline is preserved. For gold miners, their product is in a secular bull market so they have leverage to rising prices. It’s a stretch to make the same argument about oil even as it remains in recovery mode so we can expect more volatility.