When Will the ECB Pull Its Trillions From the Markets?
Comment of the Day

When Will the ECB Pull Its Trillions From the Markets? by Eoin Treacy

After three years of asset purchases, negative interest rates and cheap loans, the European Central Bank is finally confident that it has beaten the risk of deflation in the euro area. Now it’s time to start thinking about how to unwind those extraordinary measures.

It won’t be simple. The ECB’s mandate is to keep inflation just below 2 percent, but to judge its progress it looks at a range of key economic and market indicators.

In the first step toward the exit, policy makers decided to reduce monthly asset purchases by half starting in January and extend it for at least another nine months.

The Federal Reserve is now shrinking its balance sheet, albeit slowly. The Bank of Canada has raised rates, the Bank of England reversed an interest rate cut while the ECB is tapering, China is holding at neutral policy on aggregate while Japan is the only major economy still engaged in monetary and fiscal stimulus. It is reasonable to say that synchronized global economic expansions is one the way to replacing synchronized global monetary expansion. 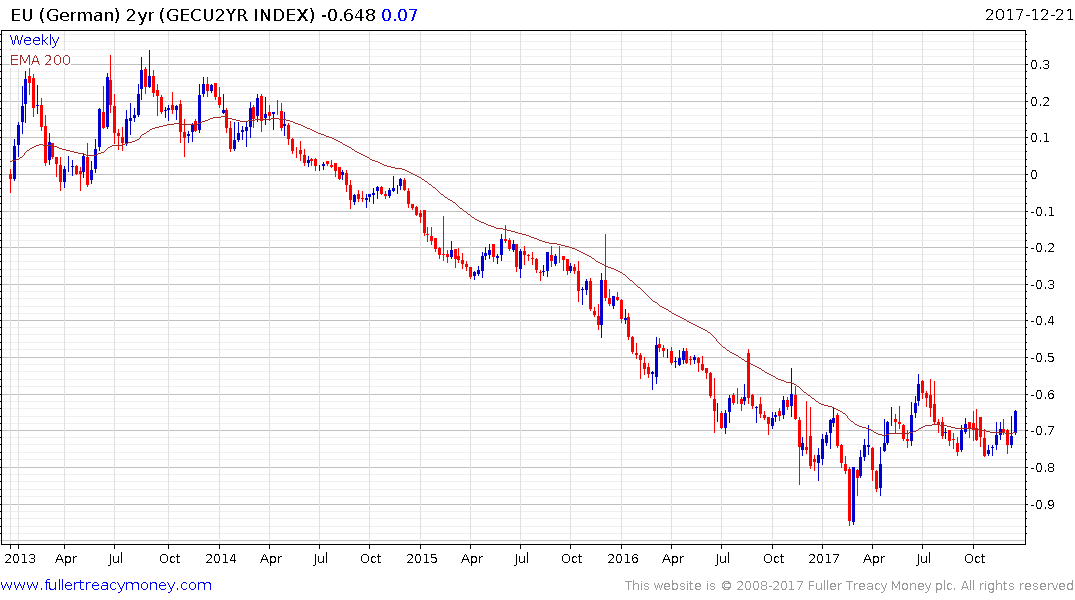 The German 2-year has trading at negative yields since August 2014. The extraordinarily low funding costs Germany has enjoyed as a result of the ECB’s largesse have helped paper over a lot of cracks in the Eurozone not least by reducing associated funding costs for peripheral countries like Italy, Portugal and Greece. 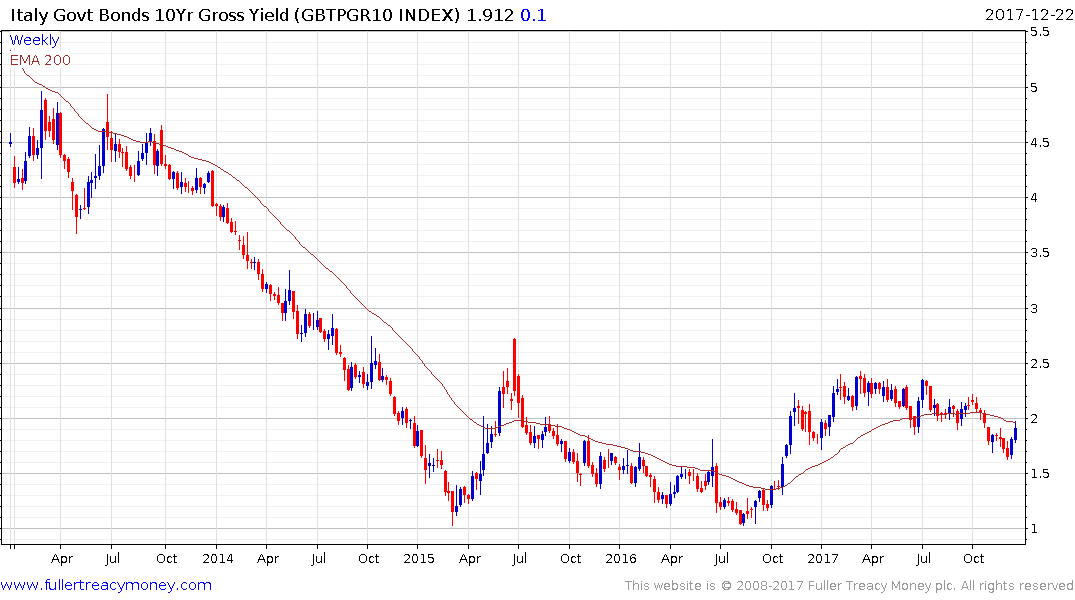 Shorting government bonds is usually a difficult prospect because you pay the interest rate. However, at present being short of negative yielding bonds means you collect the interest rates which on the 2-year is 62 basis points. Why on earth would anyone be long? The market would appear to be getting wind of this phenomenon because the yield on the March 2018 Schatz (German 2-year) contract went positive for the first time since July today.

The yield on the German 2-year continuation chart is still negative however, but has base formation characteristics. These develops suggest there is ample scope for an upset in the bonds markets in 2018 as the debt world begins to transition from a total reliance on government purchases.