“A 3% increase in global wheat feed demand should add another layer of price support,”Jacquie Holland, an analyst at Farm Futures, said in a note.

On Friday, consultant SovEcon cut its Russian wheat-output estimate 5.2% to 76.8 million tons on adverse weather. Government officials are considering an export tax in addition to a proposal to set a grain-shipment quota for a few months next year, according to an industry group. This week, Putin expressed surprise at sharp price increases for staples including bread and sunflower oil.

The pandemic has had an influence on agricultural commodity supply chains. It has also had a meaningful effect on the consumption habits of whole populations. That is all happening against a background of the transition from El Nino to La Nina which has already resulted in a drought in much of Latin America. It also tends to bring much heavier rainfall to eastern Australia. 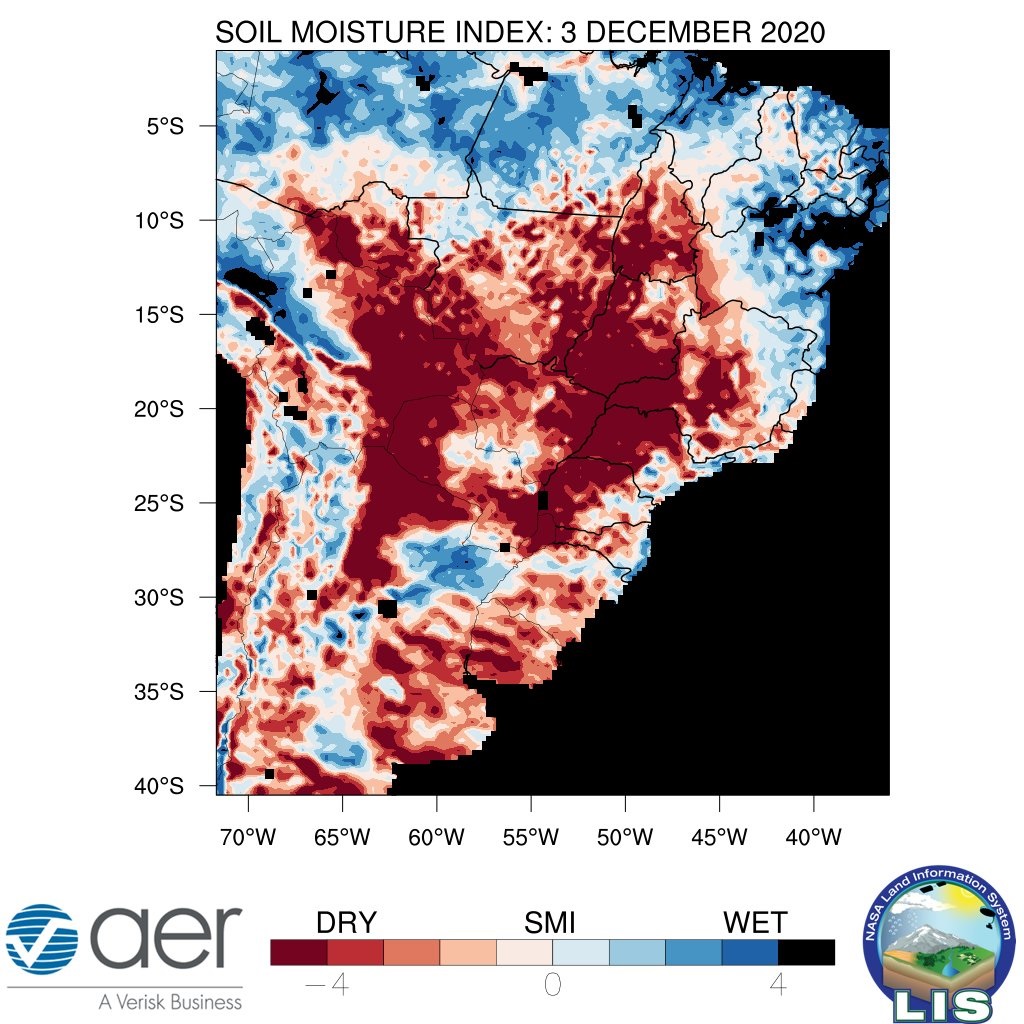 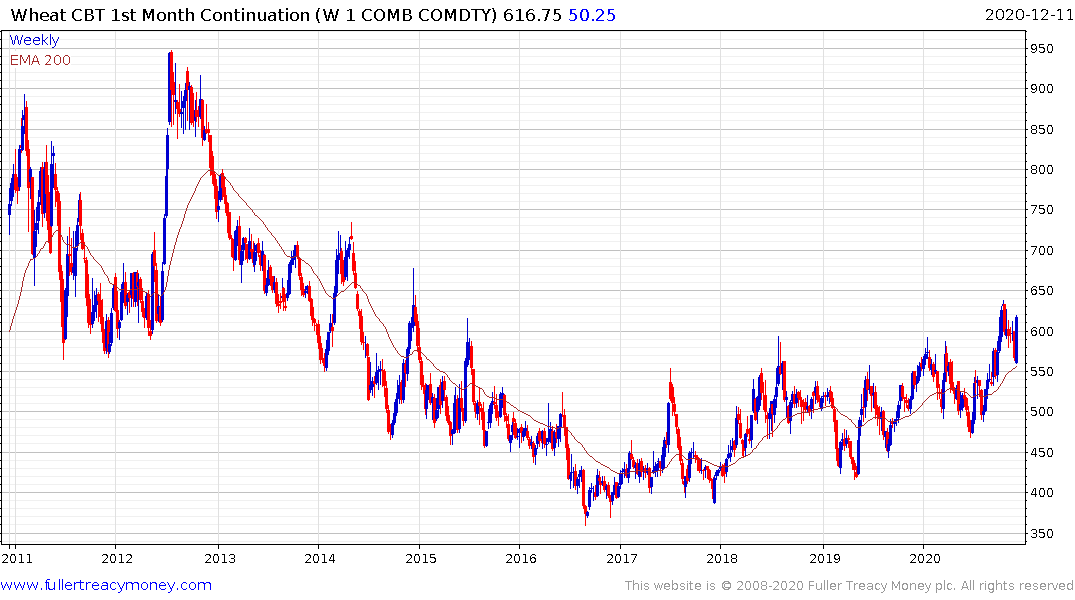 Wheat firmed today from the upper side of its base formation and a countermanding downward dynamic would be required to question medium-term scope for continued upside. 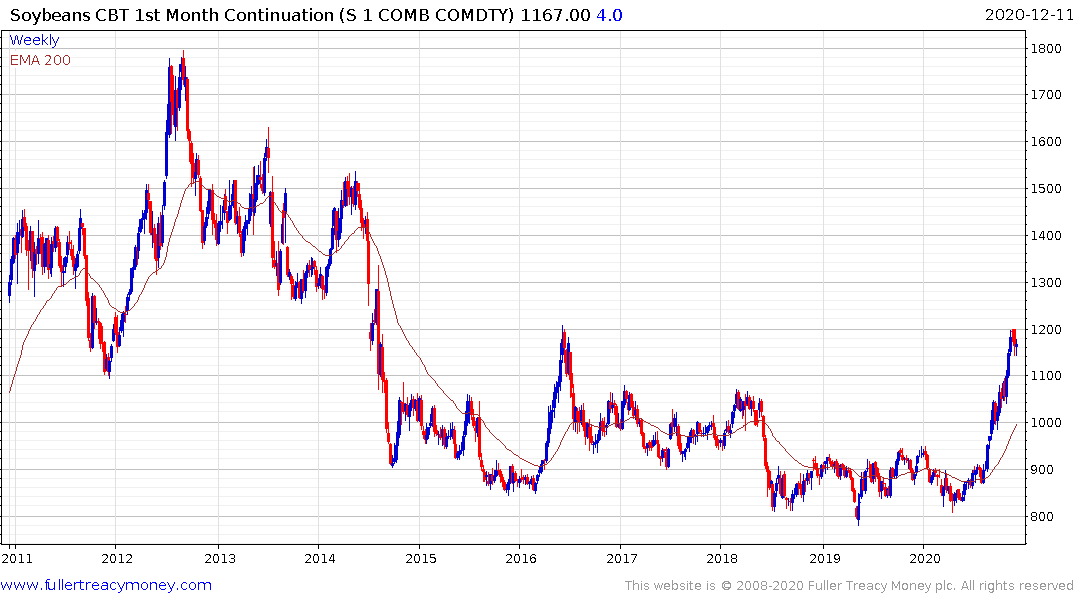 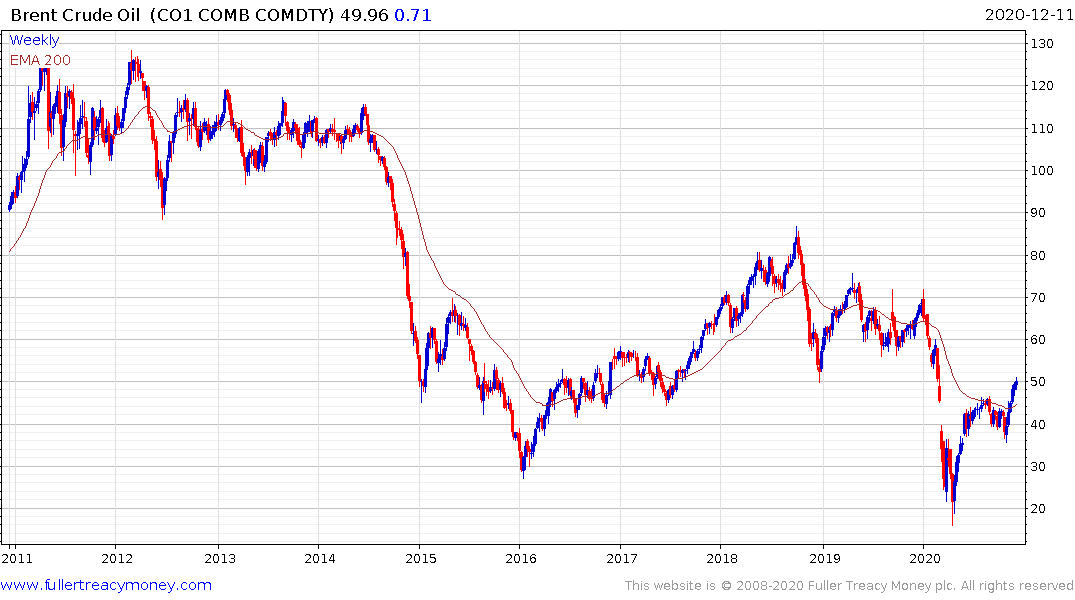 Meanwhile, any further recovery in the oil price will increase the cost of production for just about all commodities.