The extension will add an extra 20 gigawatts of solar power—more than every panel ever installed in the U.S. prior to 2015, according to Bloomberg New Energy Finance (BNEF). The U.S. was already one of the world's biggest clean-energy investors. This deal is like adding another America of solar power into the mix.

The wind credit will contribute another 19 gigawatts over five years. Combined, the extensions will spur more than $73 billion of investment and supply enough electricity to power 8 million U.S. homes, according to BNEF.

"This is massive," said Ethan Zindler, head of U.S. policy analysis at BNEF. In the short term, the deal will speed up the shift from fossil fuels more than the global climate deal struck this month in Paris and more than Barack Obama's Clean Power Plan that regulates coal plants, Zindler said.

As I mentioned in yesterday’s commentary. The renewable energy sector is being challenged by the increasingly competitive price structure of fossil fuels but is likely to be supported by regulation for the foreseeable future. With interest rates beginning to rise and capital for infrastructure projects beginning to dry up the announcement tax credits will be extended for an additional 5 years represents a windfall for solar companies. 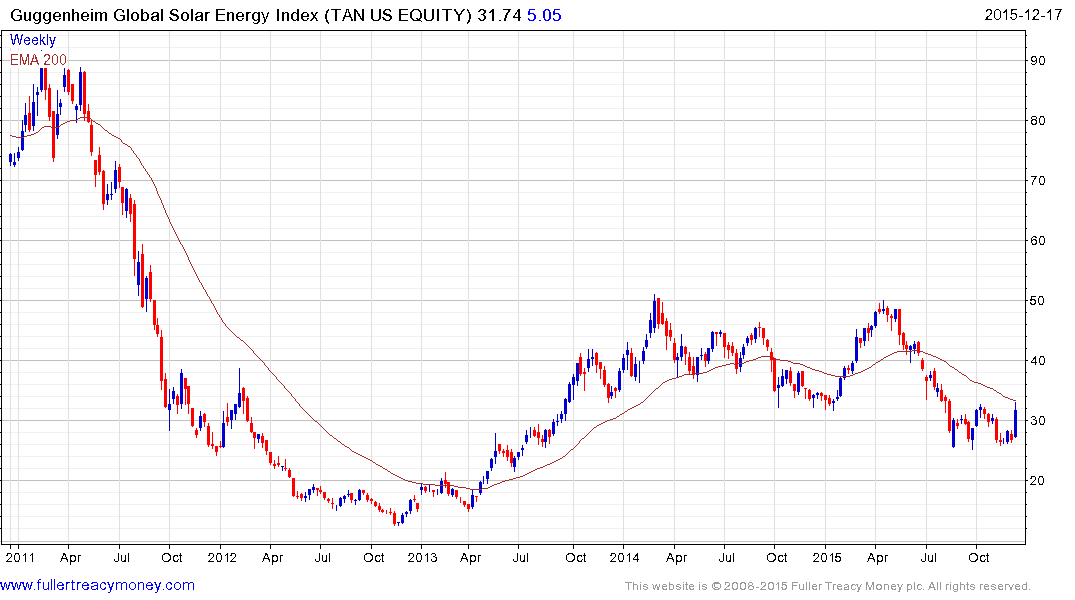 The Guggenheim Solar ETF has been building a base above $25 since August and bounced this week to test the upper boundary. Some consolidation in this area is likely but a sustained move to new lows would be required to question medium-term recovery potential. 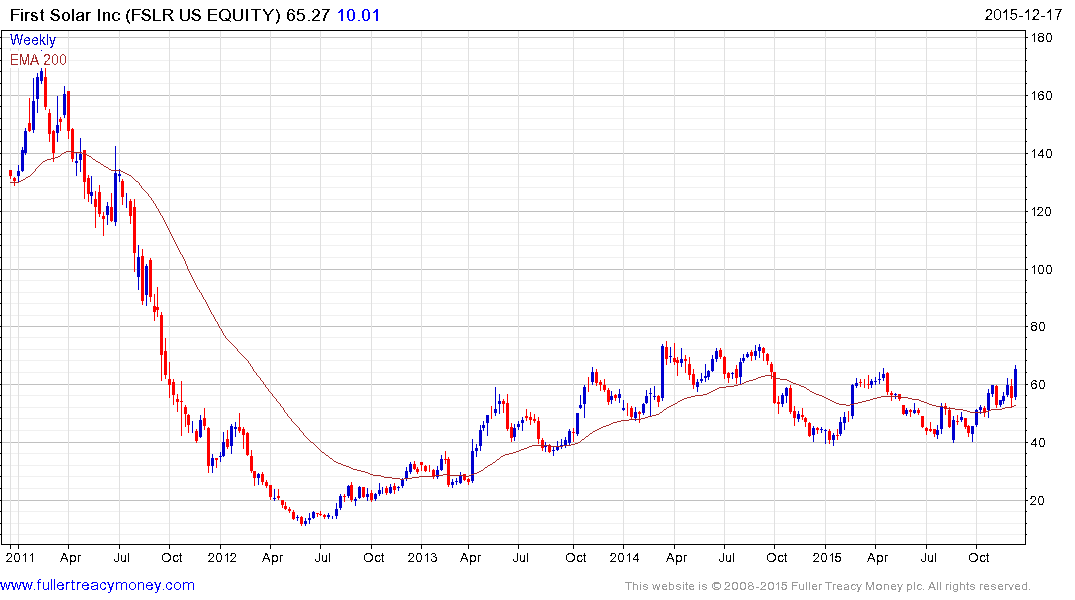 First Solar has held a progression of higher reaction lows since August and firmed this week to test the year’s highs. 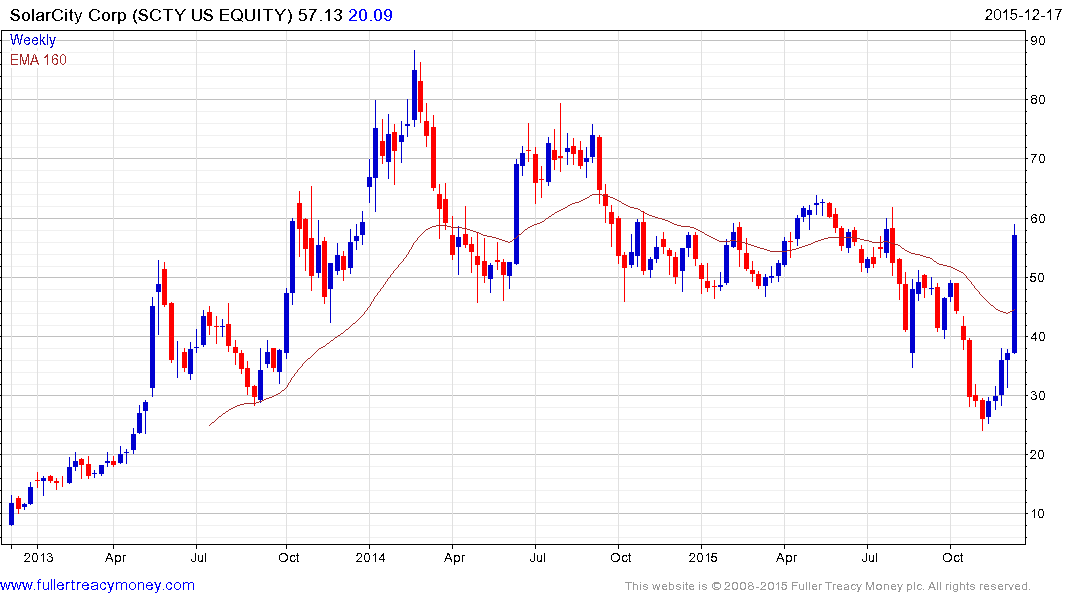 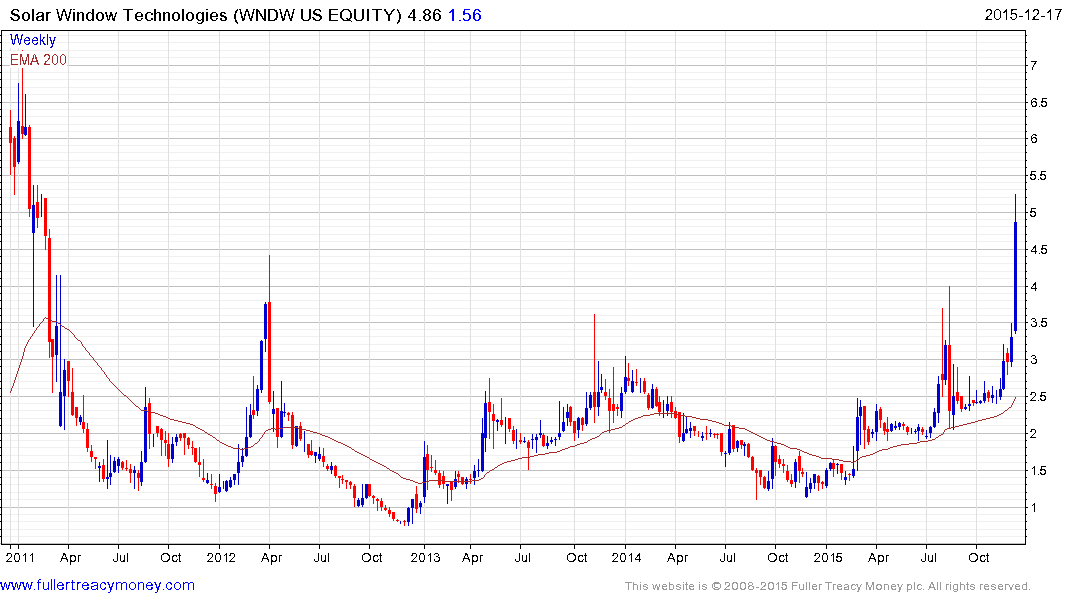 According to the CEOs letter to shareholders SolarWindow is aiming to install its first units next year. The share closed back above $4 for the first time in four years this week and a sustained move below that level would be required to question base formation completion characteristics. 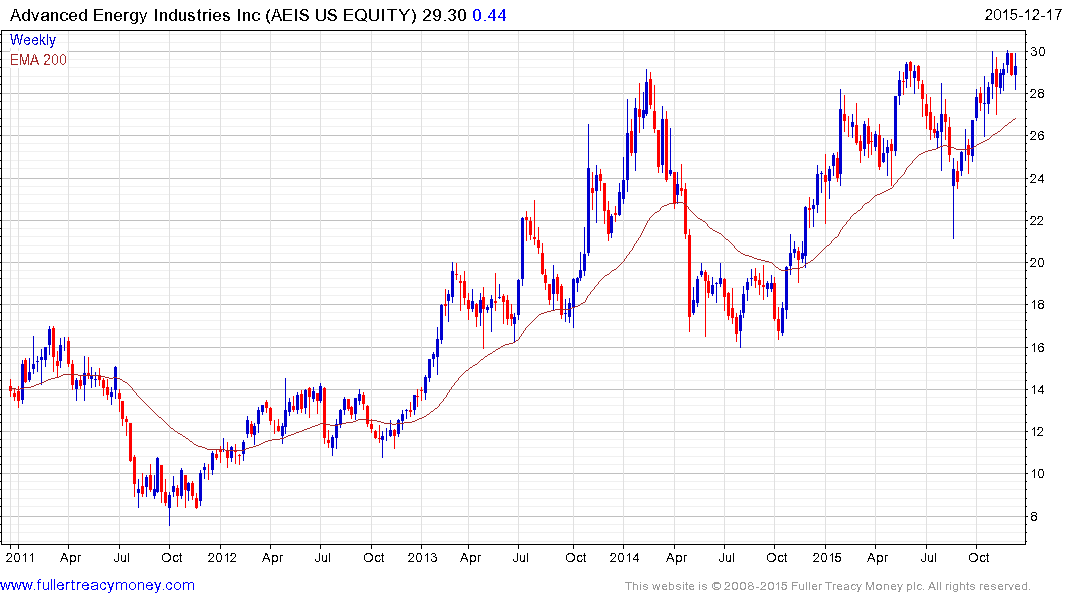 All solar panels, regardless of brand need an inverter if they are to be connected to the electricity grid. US listed Advanced Energy Technologies is testing its peak near $30 and while there is scope for some consolidation in this area, a move below the MA sustained for more than a session or two would be required to question medium-term demand dominance. 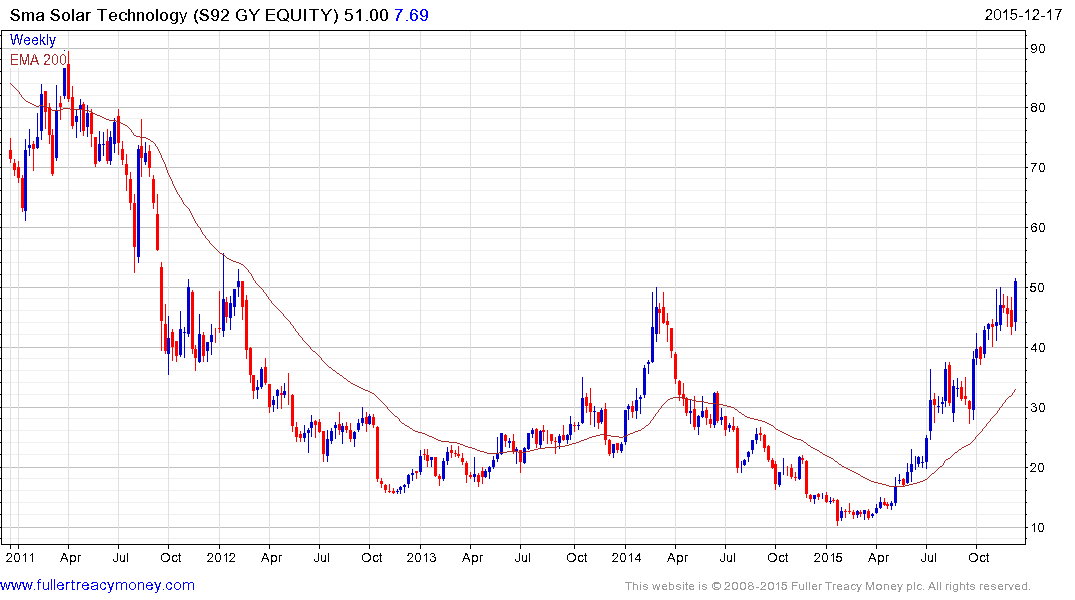 German listed SMA Solar Technology, which also has a home battery solution, closed above €50 for the first time in three years. A break in this year’s progression of higher reaction lows would be required to begin to question recovery potential.