What Happens Next by Eoin Treacy

Without the freedom to say what you think, you have no freedom to think. Sharing of thoughts, opinions, data and seeking out the truth of what it all means is crucial to relationships, happiness and life. Now imagine being afraid to do that.

This is so very important I can’t stress it enough. If I could, I’d do so standing on a rooftop waving my hands with spittle flying. Please understand this assault taking place across the Western world. Right now there is wealth… because it has been built, but wealth is, and always has, been in human ingenuity, what we refer to as human capital. This is what Marxists don’t understand. They see the big houses and cars… the “stuff” and think that’s wealth. It’s not. But this is what they’ll come after.

It is actually worse than that. They won’t be content simply with theft, anymore than Mao’s red guards were satisfied with destroying the jobs of intellectuals. They instead wanted to see them suffer and to bleed and die. So they beat them to death.

Governance is Everything has been a mantra at this service for decades. The most important thing is that governance is not an absolute. It’s a trend. Standards are either improving or deteriorating and that has a direct knock-on effect for risk premia in any country. The primary tools for monitoring governance are minority shareholder interests, property rights, the rule of law, independence of the judiciary and freedom of the press. Every one of these facets of governance is under threat all the time.

Respect for my property rights, whether real estate or stocks, my ability to bring my case before an independent court and the ability to enforce a judgement in my favour is the basis for capitalism. This is particularly under threat right now because of the social media-amplified emotional response to the pandemic-inspired lockdowns. When the government can close businesses by decree, it sets a dangerous precedent because individuals are no longer afforded recourse to the courts.

Since governance is a trend, we can only conclude it is deteriorating. We also think about the countries which have most effectively dealt their outbreaks which are predominately in Asia. Improving standards of governance has been the rallying call for investing in the region for decades and that has not changed. The big question for investors is how long will it take for declining standards of governance to follow through into underperformance of asset prices.

That’s where liquidity comes in. In my opinion, David’s most important lesson is monetary policy beats most other factors most of the time. The willingness of the central banks to inflate asset bubbles, and their refusal to measure asset price appreciation as inflation, is an additional symptom of deteriorating governance, but with a very long tail. Central banks are serial bubble blowers as a result. That’s a global phenomenon.

The massive response to the pandemic has been the single greatest acceleration in M2 since the late 1950s. It’s the primary reason there is such a wide divergence between the stock market and the real economy. If uptrends are to be sustained the flow of liquidity will need to be sustained. 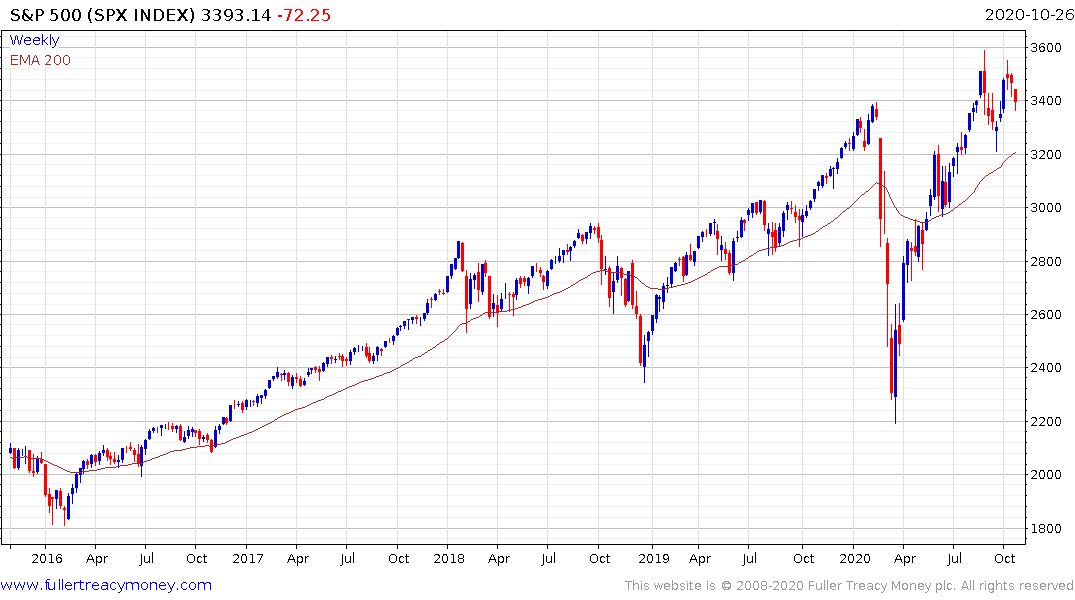 The S&P500 has pulled back from the region of its peak over the last couple of sessions as investors begin to price in what a Democrat Party-led government will mean in terms of taxation amid uncertainty about fresh stimulative measures. However, the election result is unlikely to stem the flow of liquidity beyond the short term. 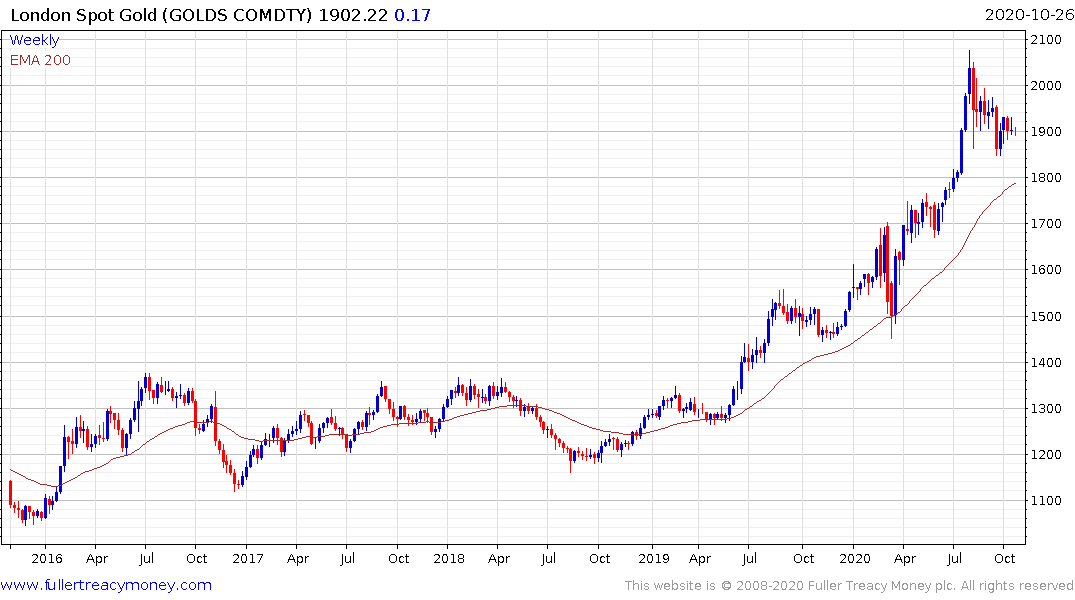 Gold remains steady since it is a hedge against the worst outcomes discussed in this above essay.