Houses have rarely been more expensive relative to earnings than they are today in more than 120 years. Prices are stretched everywhere but London and the south of England stand out. Things look even less affordable for women.

The last time there was a sustained decline in the house price-earnings multiple was the second half of the 19th century. Average house prices fell for more than 50 years thanks to substantial building of houses, many of which were smaller than existed before. At the same time earnings rose.

How likely or even desirable would that be today? The UK’s heavily mortgaged consumers would struggle to cope with 50 years of falling house prices. It would also be political suicide for whoever was deemed responsible. A shift towards the building of smaller houses would also seem unlikely  – research has found that houses are smaller today than at any point since at least the 1930s[1]. Hobbit homes cannot be ruled out entirely but I’m not sure how positive an outcome that would be.

Which leaves us with earnings. Earnings growth has been weak since the financial crisis but has recently picked up strongly – average earnings in the final quarter of 2020 were 4.7% higher than the same period of 2019. A period of stronger pay growth may represent the best hope of improving affordability (with the caveat that stronger earnings may result from a stronger economy which could result in a stronger housing market).

The elephant in the room here is interest rates. A Bank of England working paper[2] concluded that nearly all of the rise in average house prices relative to incomes between 1985 and 2018 can be seen as a result of “a sustained, dramatic, and consistently unexpected, decline in real interest rates as measured by the yield on medium-term index-linked gilts”[3]. The Bank doesn’t rule out other factors, but concludes that they have had more of a short-term impact. It furthermore concludes that: “An unexpected and persistent increase in the medium-term real interest rate of 1 percentage point from its level as at end 2018 could ultimately generate a fall in real house prices (over a period of many years) of just under 20%.”

However, depending on whether you are a current home owner or a prospective buyer, you are likely to be encouraged and discouraged in equal measure by the Bank of England’s scepticism that this is likely to materialise. Just because house prices are expensive relative to earnings does not mean there is a good reason to expect them to cheapen materially.

The view that property is a better investment than stocks has grown considerably in the UK because the FTSE-100 peaked in 2000 and has spent the last twenty years ranging in a volatile manner. Against that background investing in property has been the right decision regardless of the costs of maintenance and taxes. The big question for investors is whether that will continue to be the case. 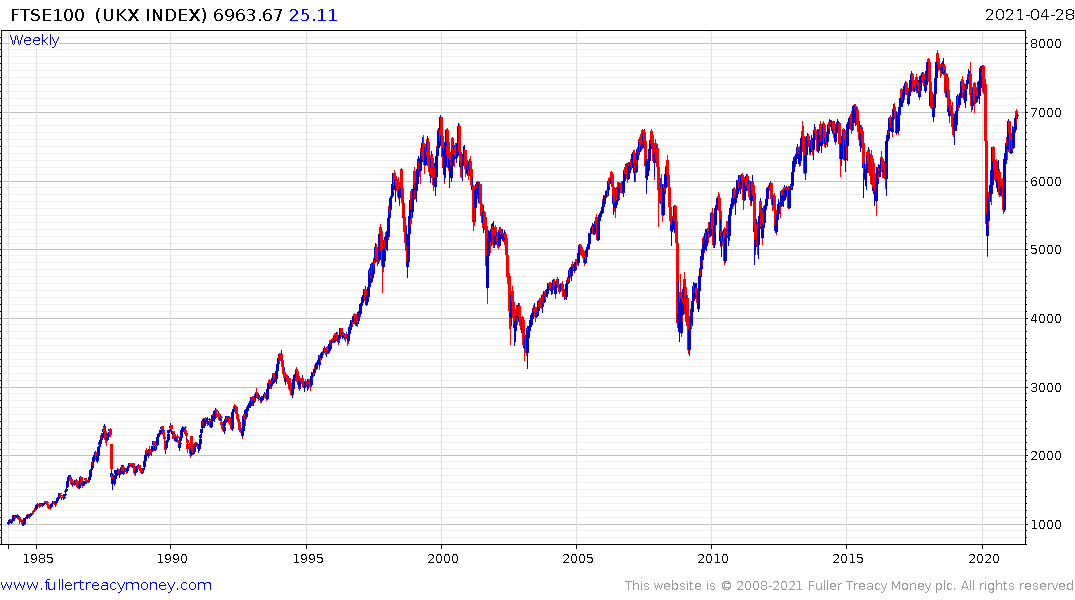 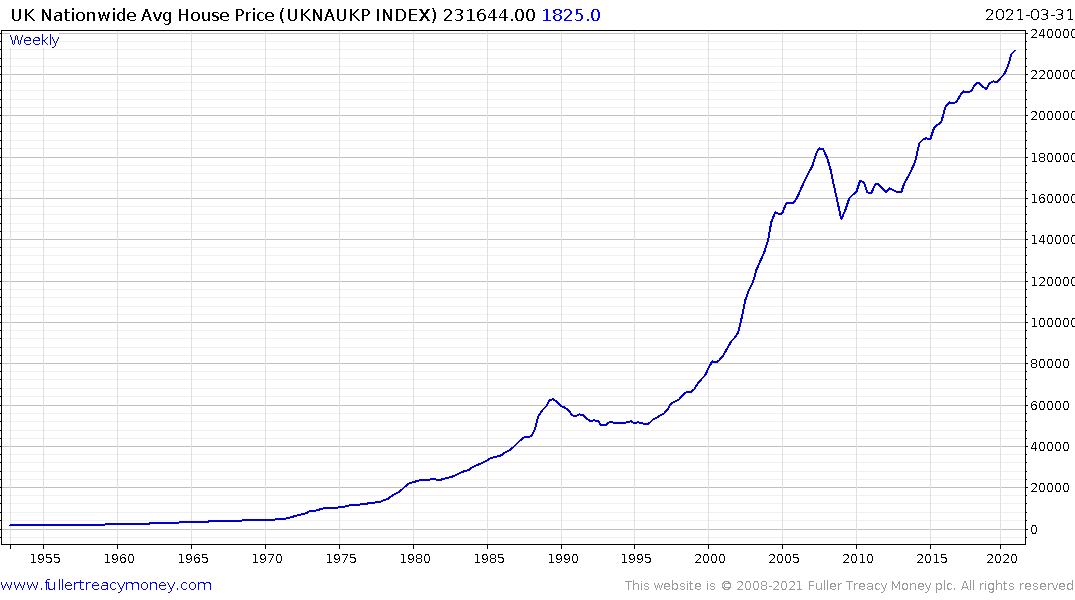 Wages and interest rates are inextricably linked when it comes to central bank decisions. The surge in debt in 2020 amid record low mortgage rates and accelerating property prices raised leverage ratios for many borrowers. That’s particularly true in markets where the majority of borrowers are on floating rate mortgages like the UK. There is no way the central bank can raise rates until wages increase first. To do otherwise would put significant pressure on a wide swathe of the economy. 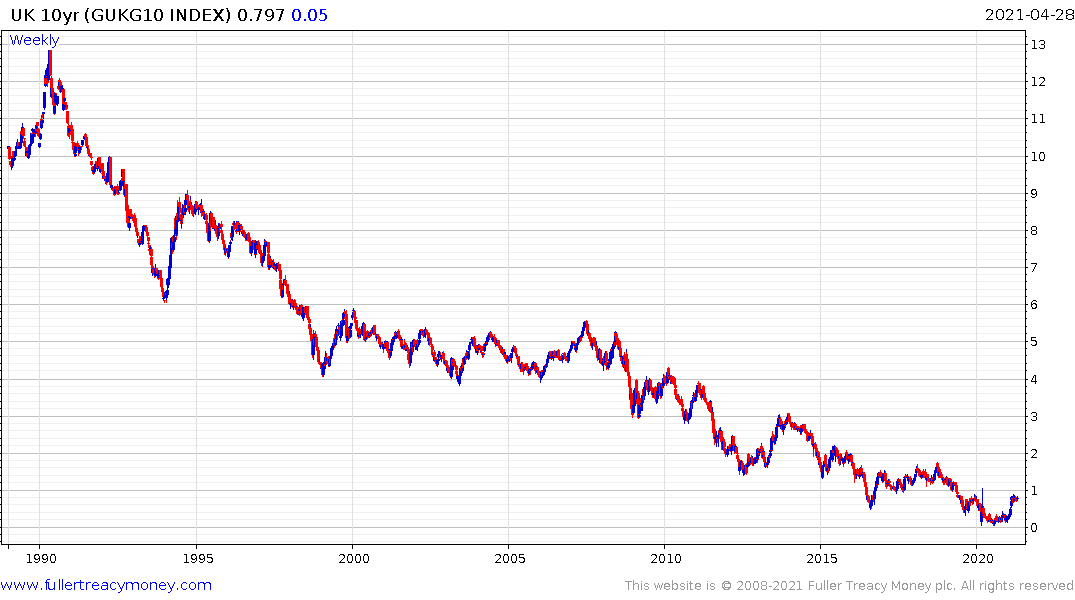 That rationale is the primary argument in thinking bond yields will peak before long. It’s also the primary reason why investors should think about the intentions of government and their determination to devalue the purchasing power of their currencies. That’s beneficial to limited supply assets like gold which continues to firm from its recent lows but still has some work to do to break the nine-month downward bias.