The outlook for the public debut of WeWork, which has racked up billions of dollars in losses in recent years as the company funds grand ambitions, is cooling after the disappointments of other major IPOs this year such as Lyft Inc. and Uber Technologies Inc. That could put pressure on WeWork, which has a mammoth credit line tied to the success of the IPO, as well as SoftBank Group Corp., which invested at a $47 billion valuation earlier this year.

“They would probably price this thing at the more conservative end, maybe in the $20 billion range, given that the company is trying to raise more money,” said Phil Haslett, co-founder of EquityZen, a marketplace for private stock sales.

Potential terms for the share sale are still being discussed, and the eventual valuation could change depending on investor demand, said the people, asking not to be identified because the information is private. A representative for WeWork, whose parent is The We Co., declined to comment.

One of the most memorable moments from a Marcus Evans conference I attended earlier this year was the conversation I had with one of the other delegates at dinner. He was a long/short equity manager at Pimco, but had been recruited by one of his clients to run a venture fund which would be seeded with about $200 million. He was at the conference to make contacts because he hadn’t the foggiest idea how to invest in private companies. His client was being attracted by stories of instant wealth and almost risk-free returns in what has the “no brainer” investment of the last decade.

This race to capture yield has resulted in some high-profile investors running into trouble this year. Neil Woodford, H2O and GAM all come to mind. The Vision fund taking upwards of a 50% haircut on WeWork and the CEO selling $700 million of stock ahead of the IPO are additional signs valuations are contracting. Then there is the clear fact that companies with only a tenuous chance of ever making a profit which has foregone the opportunity to list on the equity market for years are all now heading for IPOs at the same time. 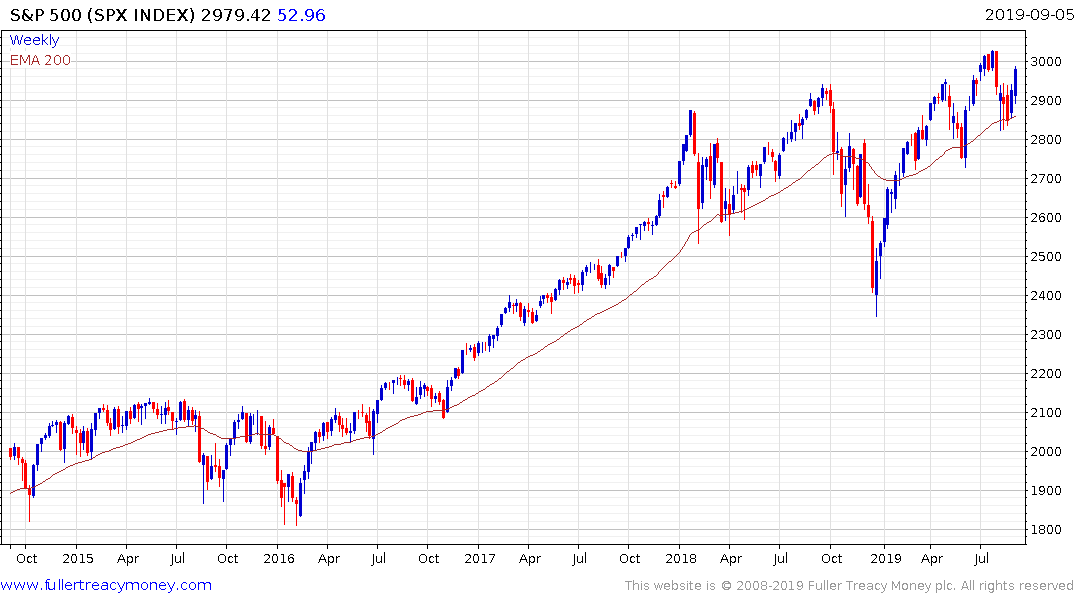 Sober individuals sounding alarm and venture investors heading for the exits all signals we are late in the cycle. However, that does not mean the cycle is over just yet. There is clear evidence of a bubble in bonds and by extension private asset valuations. Nevertheless, there is a large quantity of cash on the side lines and equity markets are picking up following an 18-month hiatus. There is clear potential for a true bubble to also form in the equity markets which suggest higher levels from here for the major large cap indices.