A mix of Federal Reserve tightening and spring investment flows from Japanese funds should result in a weaker yen but support the country’s government bonds and equities, strategists at Bank of America wrote.

“We believe pressure to keep JPY undervalued will prove more significant especially in the spring when the Fed-BoJ policy divergence would be pronounced and institutional money may flow into foreign assets without FX hedge,” they said

As market volatility increases, flows from Japanese funds and light positioning among global investors should also support the market, they wrote.

The Bank of Japan has made no statement about changing its yield curve control policy. With 10-year JGB yields at the upper side of the stated band, we will find out in coming days whether they are going to continue to defend the policy. 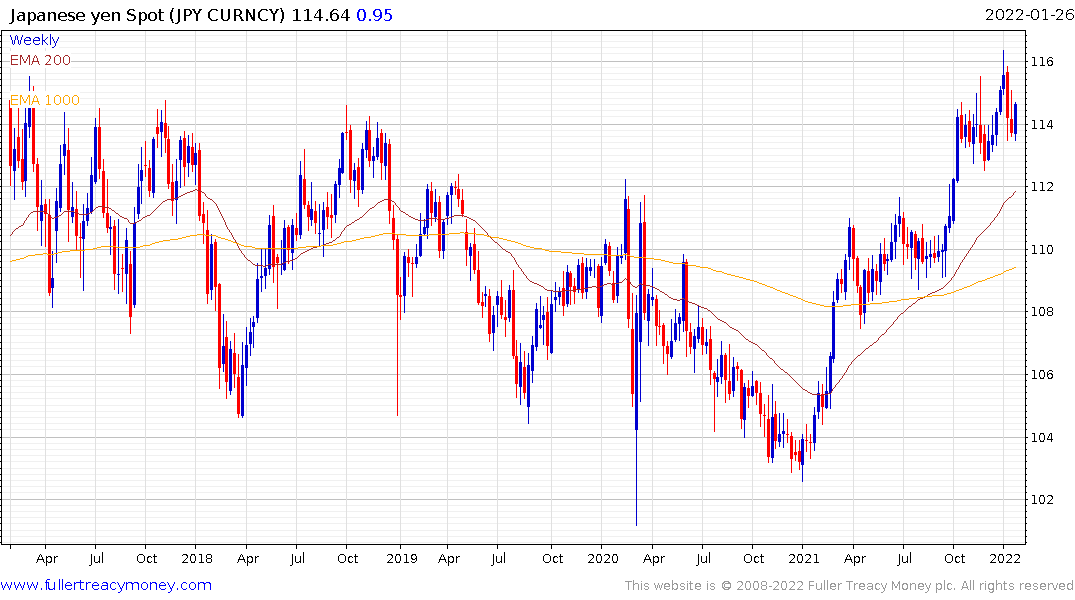 The Dollar continues to trend higher against the Yen amid potential for a widening interest rate differential. 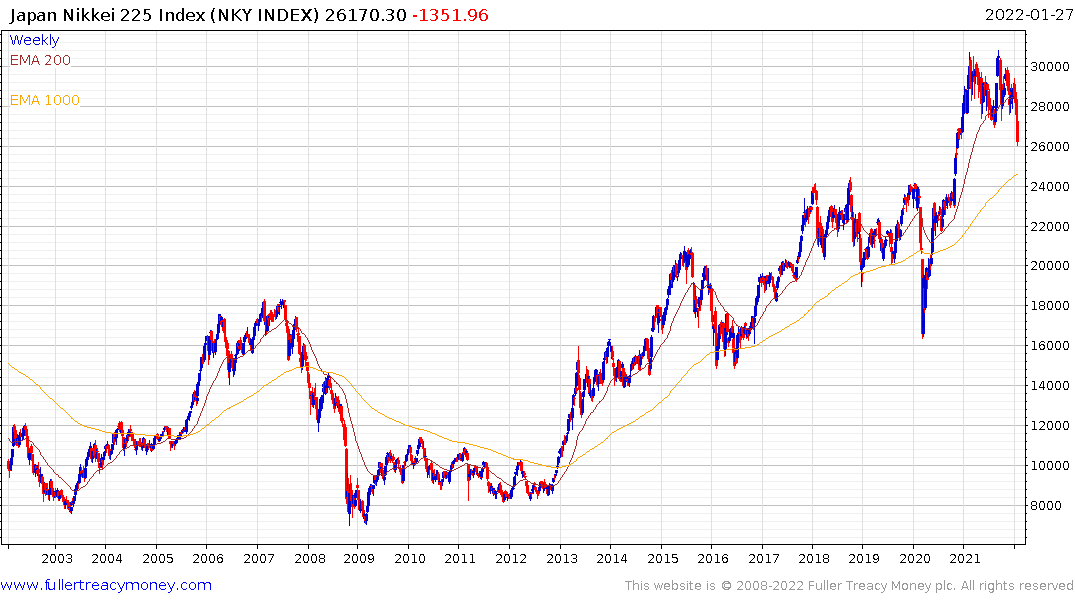 The Nikkei-225 has been trending higher in a staircase step sequence uptrend since 2012. Each of the ranges has found support in the region of the upper side of the most recent congestion area. The 1000-day MA currently coincides with the upper side of the 2018/20 range and should represent an area of support if the trend is to remain consistent. 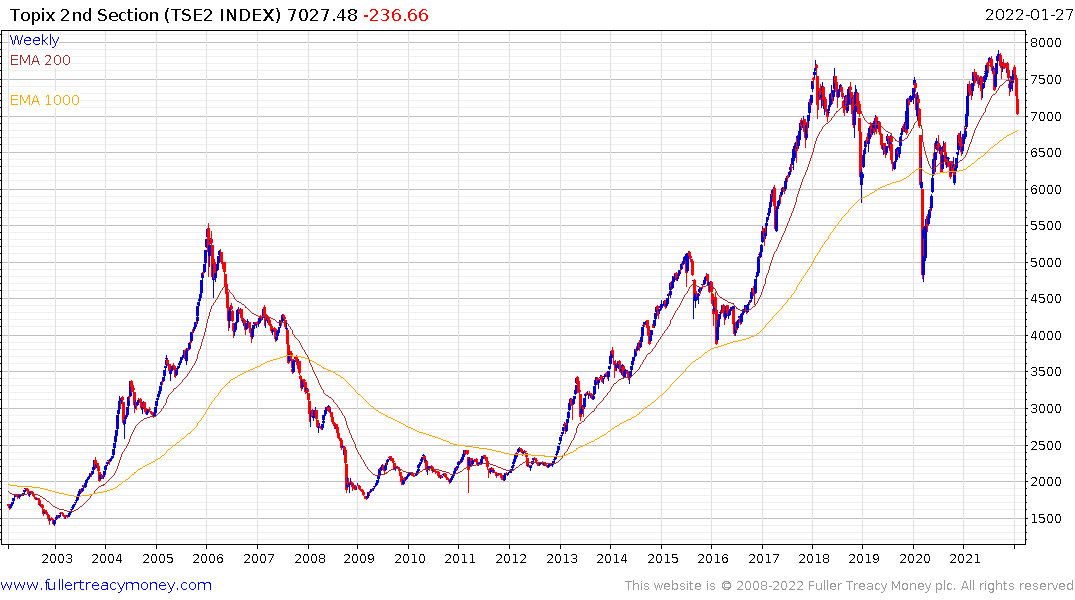 Both the Topix and 2nd Section indices are also approaching their respective 1000-day MAs.

Currency-hedged Japan funds were all the rage in 2014 shortly after Abenomics boosted nominal stock prices. If the BoJ intervenes to reduce JGB yields, that will lend support to the argument that hedged exposure is about to become popular again.

The Nikkei-225 is already at the 1000-day when redenominated to US Dollars.