Total emerging-market borrowing increased from $21 trillion (or 145 percent of GDP) in 2007 to $63 trillion (210 percent of GDP) in 2017. Borrowings by non-financial corporations and households have jumped. Since 2007, the foreign-currency debt – in dollars, euros and yen – of these countries doubled to around $9 trillion. China, India, Indonesia, Malaysia, South Africa, Mexico, Chile, Brazil and some Eastern European countries have foreign-currency debt between 20 percent and 50 percent of GDP.

In all, EM borrowers need to repay or refinance around $1.5 trillion in debt in 2019 and again in 2020. Many are not earning enough to meet these commitments.

Turkey and Argentina have twin deficits (combined budget and current-account gaps as a percentage of GDP) of 8.7 percent and 10.4 percent, respectively, that require financing. Pakistan has a twin deficit well above 10 percent. Brazil, India, Indonesia, South Africa and Ukraine are at or above 5 percent on that basis. In India, if state governments are included the number approaches double figures. Those gauges are rising in China, Malaysia, Mexico, Colombia, Chile and Poland.

Then look at reserve coverage – foreign-exchange holdings divided by 12-month funding needs for the current account, short-term debt maturities and amortization of long-term debt – which measures the capacity to meet immediate foreign-currency obligations. Turkey and Argentina score 0.4 and 0.6 respectively, meaning they can’t cover their needs without new borrowings. Pakistan, Ecuador, Poland, Indonesia, Malaysia and South Africa have reserve coverage of less than 1. Chile, Hungary, Colombia, Mexico and India have coverage of less than 2. Brazil and China come in at 2.5 and 3.1 times, respectively.

Even where reserve coverage appears adequate, caution is warranted. Long-term debt becomes short term with the passage of time or an acceleration event. Forex holdings may not be readily accessible. Much of China’s $3 trillion of reserves is committed to the Belt and Road infrastructure initiative. The ability to turn U.S. Treasury bonds and other foreign assets into cash is limited by liquidity, price and currency effects. Reserve positions are notoriously opaque: In 1997, the Bank of Thailand was found to have grossly overstated available currency holdings.

Capital is both global and mobile. Quantitative easing programs did not just help to inflate asset prices in the regions the funds originated, but globally. When yields drop in region yield hungry investors are forced to look further afield for returns and emerging markets were a logical choice. That looked like a genius move until the Federal Reserve embarked on quantitative tightening which has reduced the supply of Dollars used to repay that debt. 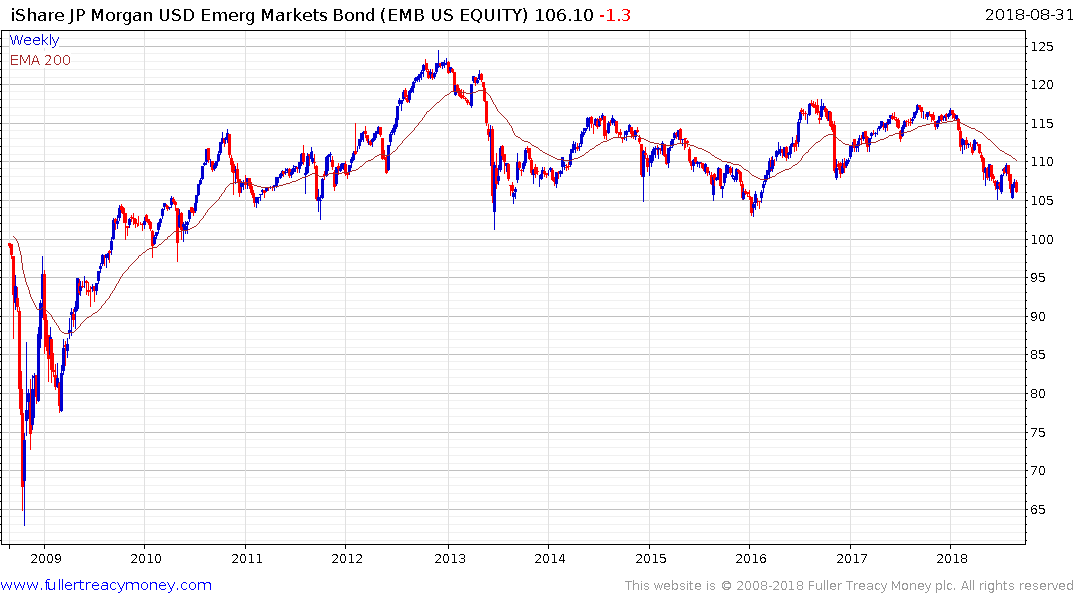 The iShares JPMorgan USD Emerging Markets Bond ETF has $13.5 billion under management and has been ranging for the better part of seven years. It is currently falling back towards the lower side and a break in the progression of lower rally highs will be required to question medium-term scope for continued downside. 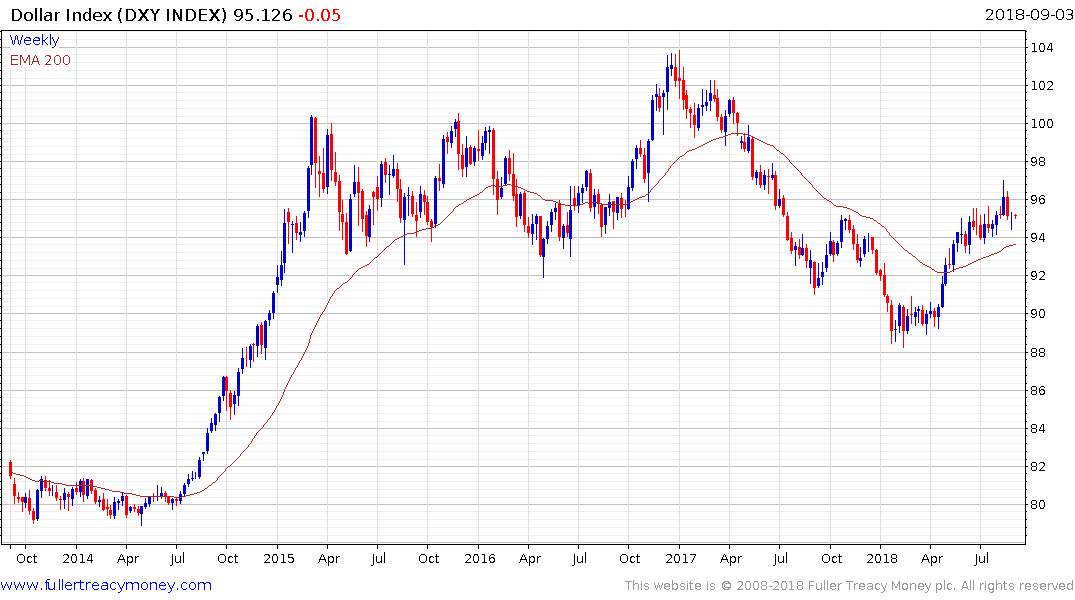 The big question therefore is how strong is the Dollar going to get? The Dollar Index bounced from the region of the trend mean last week and a sustained move below 94 will be required to question medium-term scope for continued upside. 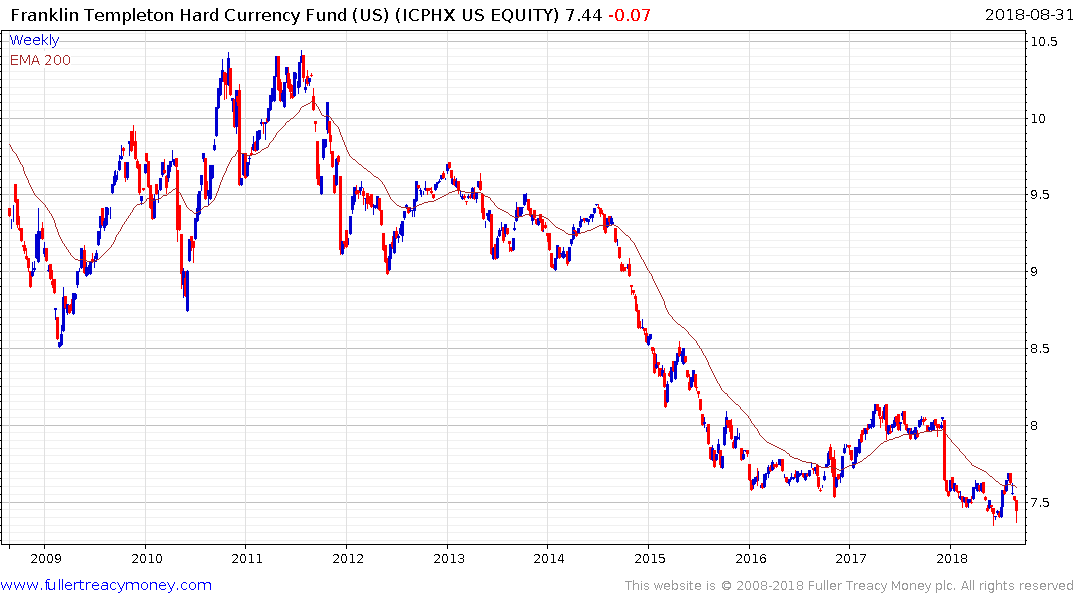 The Templeton Global Currency Fund (formly known as the Hard Currency Fund) continues to trend lower and encountered resistance last month in the region of the trend mean.

This report from Vanguard highlighting the attractions of the emerging market bond space may be of interesting subscribers not least because once selling pressure abates there are going to be attractive entry opportunities in the asset class.