We Are Entering a Time of Financial Repression by Eoin Treacy

And your case is that politicians won’t let it go again?
Exactly. Let me give you an example: In the UK, usually the longest-term fixed mortgage you could normally get was five years. Boris Johnson has now created a 25-year fixed mortgage for first-time buyers, offered by banks, guaranteed by the government. Nobody can pretend that this has anything to do with Covid, and in fact when Johnson announced it, his stated aim was to give young people access onto the housing ladder. This is a good example of how the magic money tree was discovered for Purpose A, i.e. Covid, and is being used for Purpose B, furthering social justice.

Don’t you see a possibility that politicians will return to being fiscally responsible?
Of course it’s possible that politicians, having discovered the easy route to re-election, decide not to use it. I’m betting against it. The introduction of the income tax in the UK was an emergency measure in 1798. It’s still in effect today. Many emergency measures, such as Regulation Q introduced by the US government to control deposit rates in the 1930s, lasted for decades.

Buying votes is about as old a practice as democracy itself. Arguably it is how democracies ensure that the interests of regions and some minorities are well served. Therefore, with the purse strings open and fiscal hawks banished, there is ample scope for continued outsized spending measures to placate restive populations. That’s as true of the UK as it is of the USA, Australia and just about everywhere else. 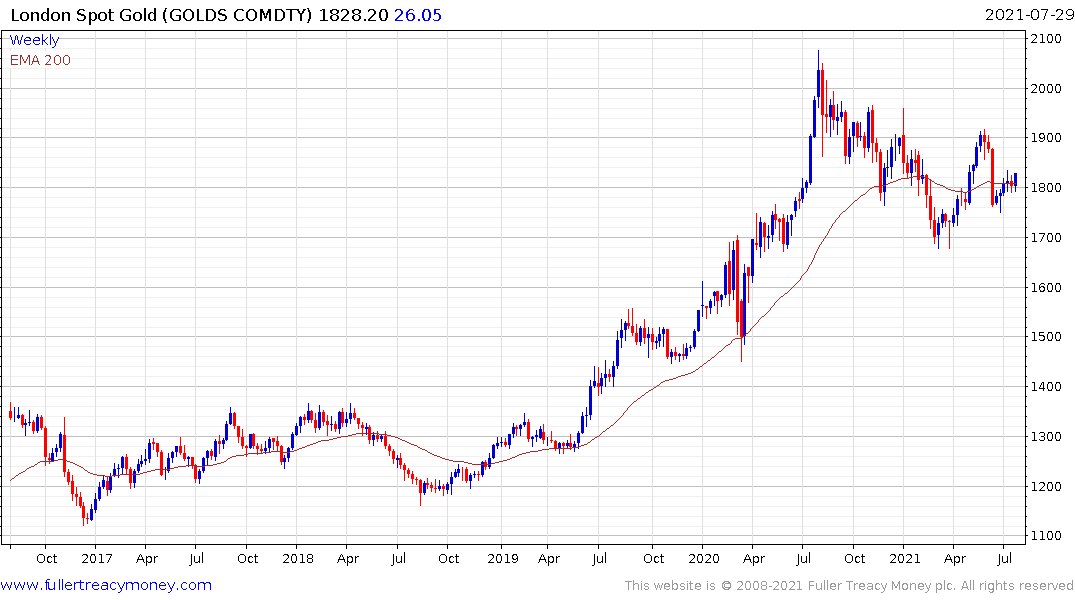 Gold rebounded from the $1800 level and did so in a reasonably dynamic manner. This bolsters the argument that gold has posted a higher reaction low and that we are coming out the other end of this medium-term correction. 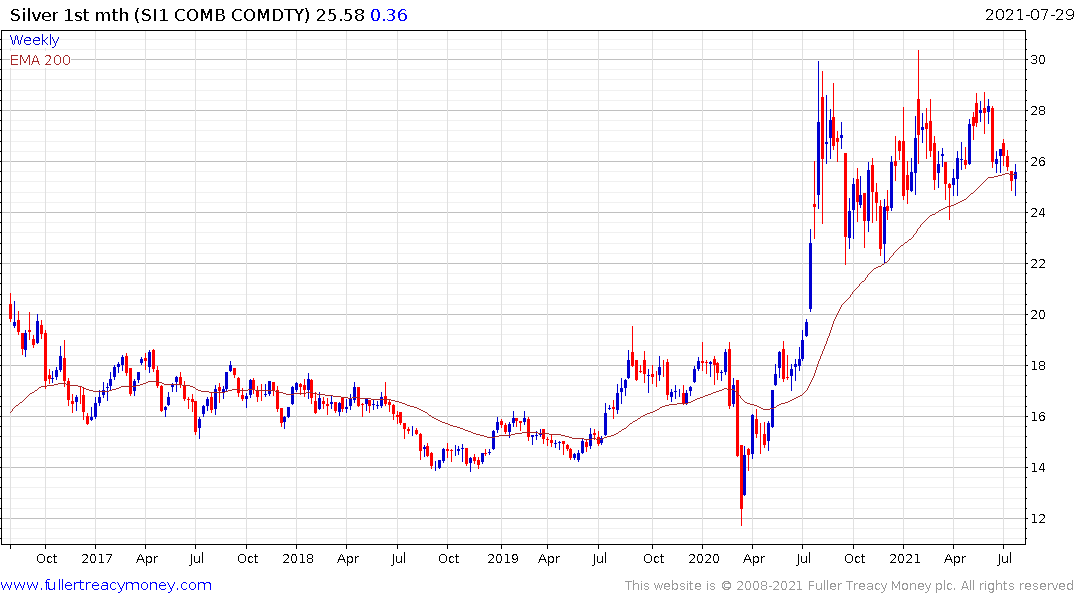 Silver continues to have first step above the base characteristics as it firms from the psychological $25 level.