“U.S. clients are definitely very, very worried,” Fung said in an interview with Bloomberg. “Everyone is making razor-thin margins already and most people have a huge percentage in China. So if the biggest source increases the price by 25%, they are worried,” he said, referring to the scale of tariffs threatened on all Chinese imports to the U.S. by President Donald Trump.

Though Fung didn’t specify Walmart by name, the U.S. retailer is the company’s second-biggest customer after Kohl’s, accounting for 7.6% of revenue, according to Bloomberg data. A spokeswoman for Walmart declined to comment.

The size of China’s manufacturing sector dwarves that of any other country and therefore the migration of US business is hitting choke points because of a lack of infrastructure elsewhere to deal with the demand. That represents a once in a lifetime opportunity to spur manufacturing in cheaper locations like India and Africa to pick up US business. 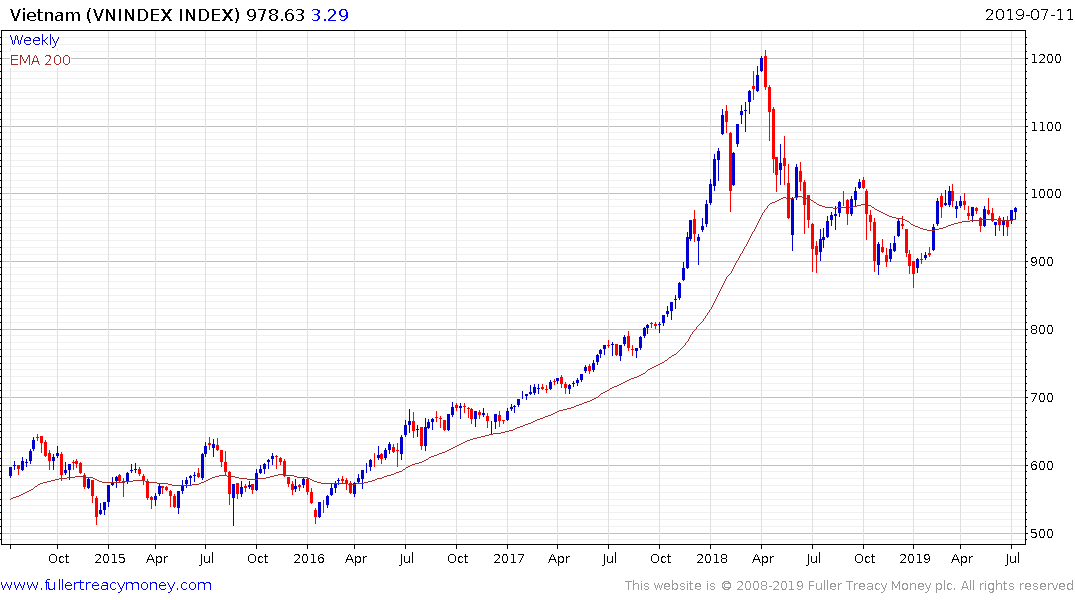 Vietnam has so far been the primary beneficiary and the stock market is currently firming from the region of the trend mean. 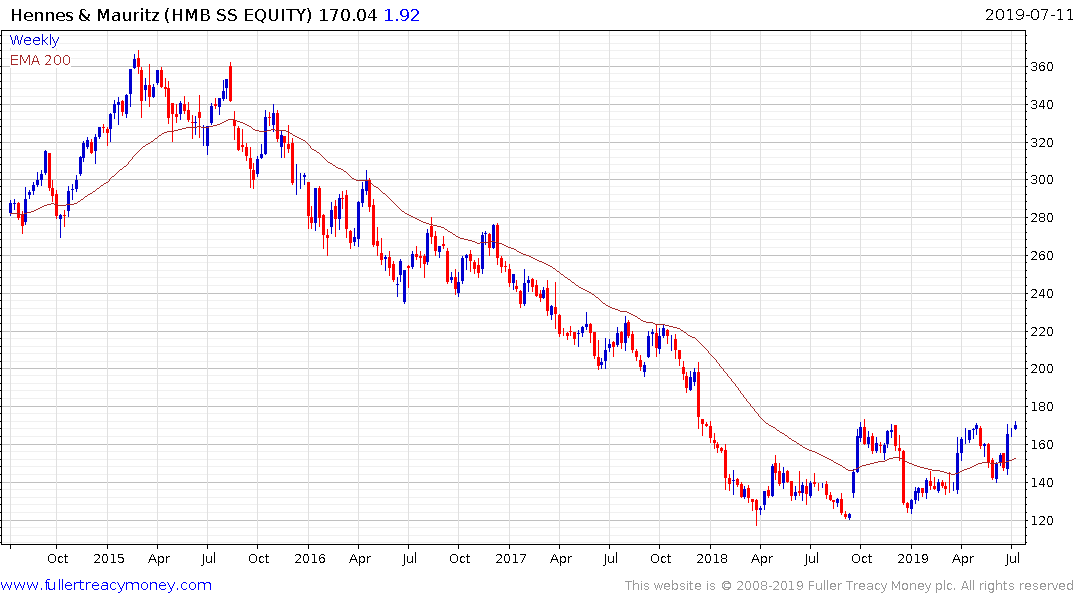 Among European garment companies H&M is testing the upper side of its base formation and exhibits a sequence of higher reaction lows consistent with accumulation. 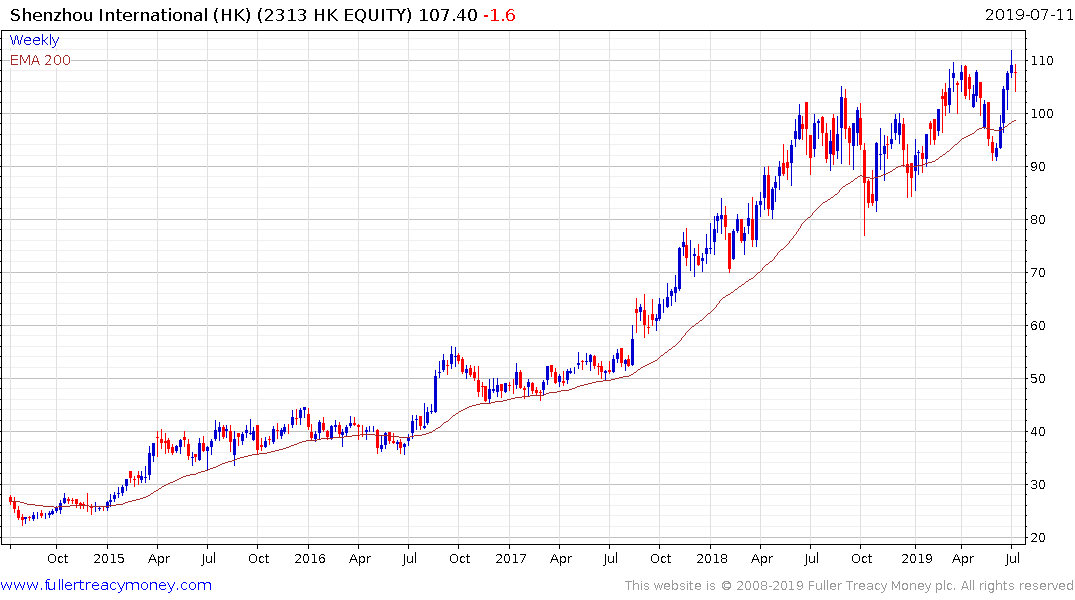 Meanwhile Shenzhou International, one of China’s largest garment manufacturers remains in a reasonably consistent uptrend, despite the loss of momentum evident over the last year.