The margin demand, implemented in 2015, has tied up $39.4 billion, according to industry estimates. That’s prompted major swap dealers, such as Goldman Sachs Group Inc., JPMorgan Chase & Co. and Citigroup Inc., to make the rule’s elimination a lobbying priority.

It would likely be months before regulators scrap the margin requirement. That’s because once the FDIC and other agencies issue their proposals, the public will have an opportunity to submit comments before a final rule could be put in place.

Republican lawmakers have supported banks on the issue. Some House Democrats have also backed the change, telling regulators in a June letter that they should allow lenders to free up the “large and increasing amount of unusable, locked-up collateral.”

In the aftermath of a crisis, regulations are tightening because of the vindictive wish to punish wrong doing but also to ensure the same mistakes are not repeated. However, the result is less risk taking. That does not have much of an effect in the early stages of a recovery because opportunities are plentiful. However, as an expansion matures it depends on the availability of ever more capital and credit to sustain itself. That leads to quite reasonable requests to relax strictures that are now deemed to be overly onerous. Leverage therefore increases, greater risks are taken and the trend persists for a while longer.

This cycle is now unfolding in the banking sector. US banks have some of the cleanest balance sheets in the world, and particularly relative to Europe. Non-bank lenders now control the mortgage market and private equity firms dominate the corporate funding market. Meanwhile banks hold large positions in government securities because of Tier-1 capital requirements. The relaxation of margin rules offers the sector an avenue to expand their balance sheets which should be positive for profits. 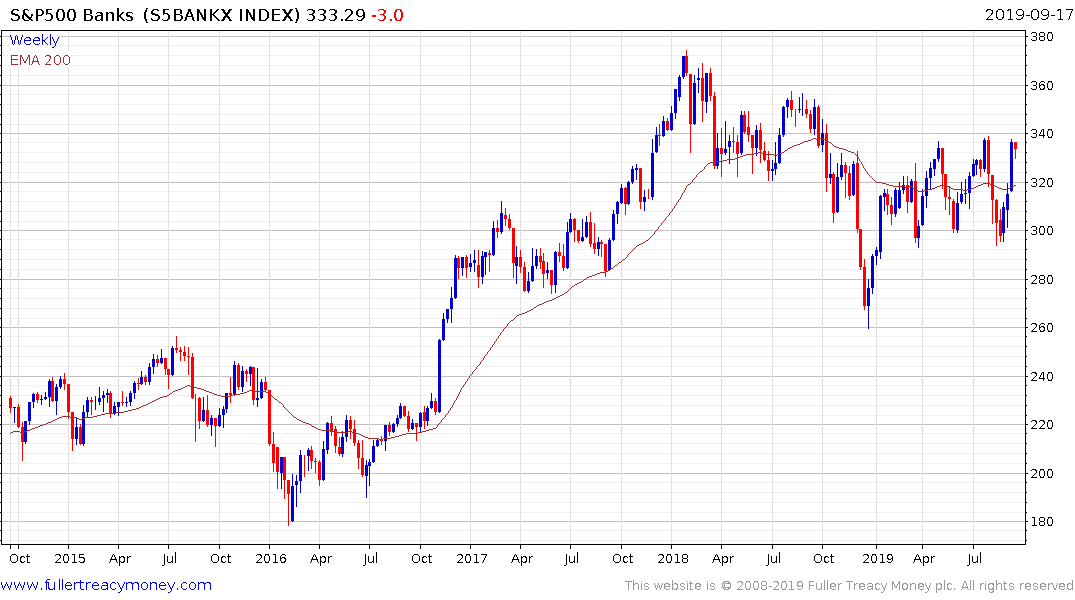 The S&P500 Banks Index is testing its highs for the year and while it has paused over the last few sessions, a sustained move below the trend mean would be required to question near-term scope for a successful move above 340. 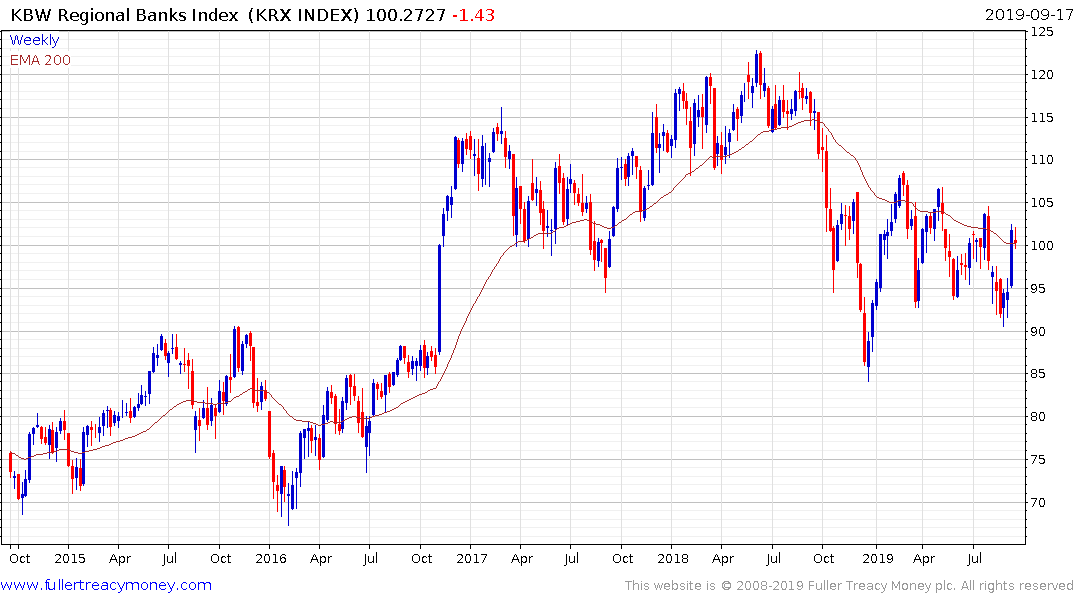 The KBW Regional Banks Index has also firmed, but needs to sustain a move above 105 to break the sequence of lower rally highs to signal a return to medium-term demand dominance.