Finally, there’s little evidence that negative rates have held back lending. A recent ECB working paper shows deposits with commercial lenders have increased since the central bank introduced negative deposit rates. At the same time, companies with large cash holdings have cut their deposits and invested more. That’s exactly the goal of this policy.

In fact, banks that pass on negative rates to customers appear to provide more credit than other lenders. This suggests that, contrary to what those Wall Street titans say, the problem with negative rates is that not enough banks inflict them on their clients.

However, similar diminishing returns are seen in other unorthodox measures, including asset purchases. The authors also acknowledge that the rate cuts might have boosted Sweden’s economy via other channels, for example by depreciating the krona, allowing the government to borrow more and boosting asset prices.

Forcing people into speculative activity when asset prices are already at record highs is not exactly a recipe for financial security over the medium to long term. In the short-term it greatly increases bubble risk. 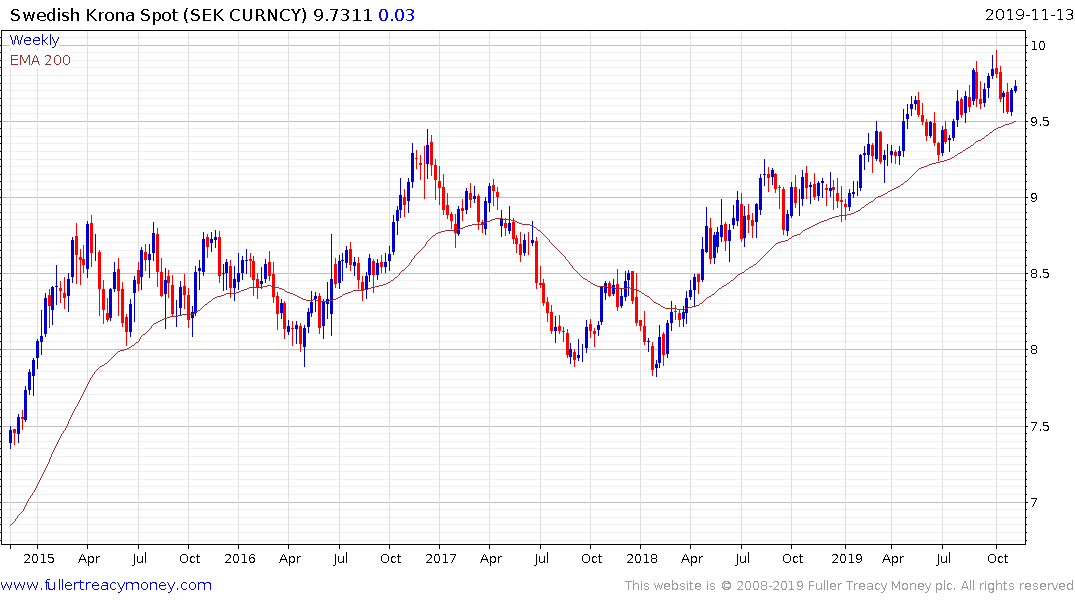 The Swedish Krona has fallen by about a quarter since early 2018 is down by two thirds against the Dollar since 2014. If the answer to economic pressures is a massive currency devaluation then there is obviously a first mover advantage. The more countries that come to this conclusion, the greater the chances of competitive devaluation.

The breakout in gold is clearly pricing in the near inevitability of this scenario. The question is not so much about whether the USA is going to move to negative rates soon or later but in how long the administration is willing to tolerate a strong Dollar. 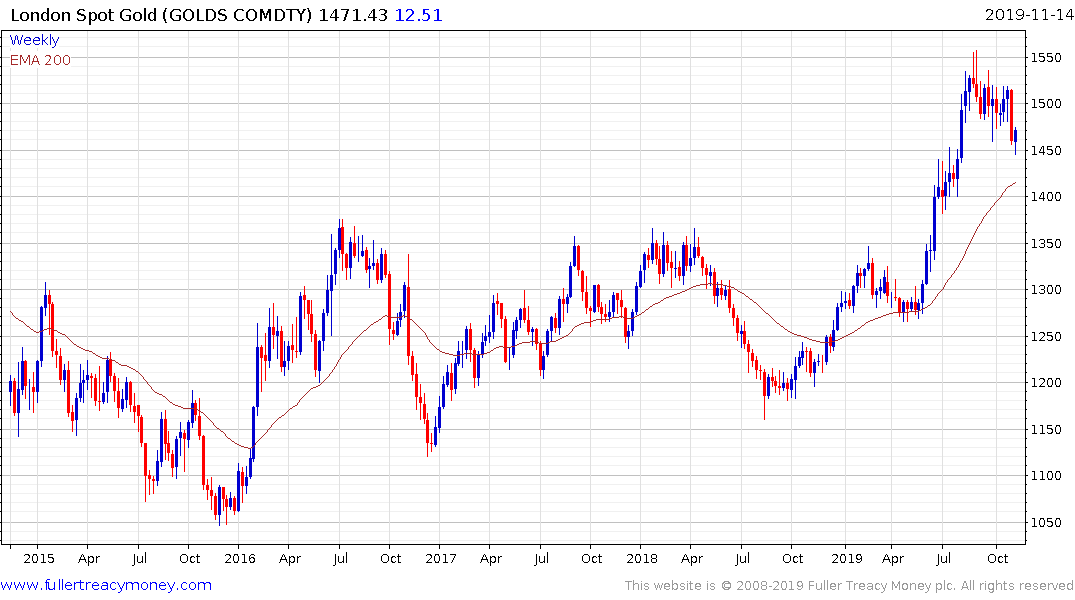 Gold steadied today amid a very short-term oversold condition but the more important medium-term consideration is it has first step above the base characteristics. As long as the breakout holds, we can conclude this is the first consolidation in a new bull market. 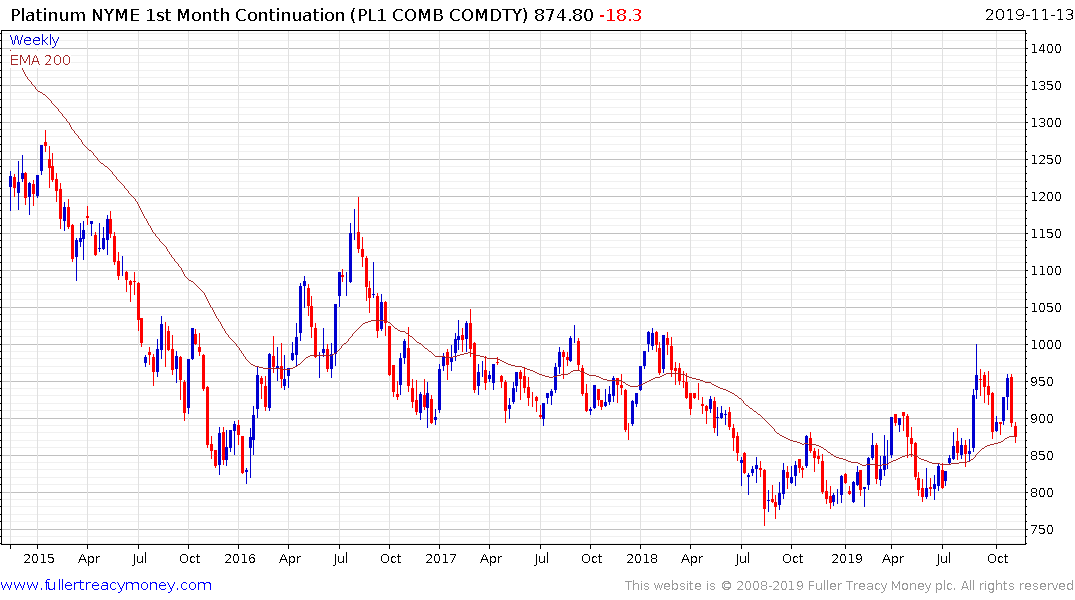 Platinum is showing the first signs of steading from the region of the trend mean.