Wall Street Asks Whether Trump's Tariff Is a Tactic. Or Not
Comment of the Day

Wall Street Asks Whether Trump's Tariff Is a Tactic. Or Not by Eoin Treacy

Goldman believes a tariff increase may be “narrowly avoided,” putting odds that tariffs rise on Friday at 40 percent, Phillips wrote in a note.

Will be watching whether a large delegation of Chinese officials comes to Washington on May 8, as scheduled; canceling would mean an agreement in the coming week would “seem very unlikely,” and would make an increase in the tariff rate to 25 percent “the base case.”

China trade issues have “negative implications for the outlook for auto tariffs and passage of the USMCA [U.S.-Mexico-Canada Agreement].” Trump’s “willingness to risk a market disruption by threatening an unexpected tariff hike suggests that he might also be willing to risk the disruption that formally proposing auto tariffs or announcing the intent to withdraw from NAFTA might cause.” Phillips raised the probability that auto tariffs will be implemented later this year to 20 percent from 10 percent, and lowered the probability that USMCA will pass to 60 percent from 70 percent.

How much of this is brinksmanship ahead of a crucial point in the negotiations or should we take the gambit seriously. That’s the big question everyone is asking today and it suggests there is likely to be a pause in buying at the very minimum, at least until we know more at the end of the week. Meanwhile it appears Liu He is travelling to the USA this week afterall.
.
President Trump wants what every politician wants; a second term. He needs a strong economy to achieve that objective so he has an incentive to deal. China has a long-term objective to become the global hegemon so it makes sense to make a small concession now to protect that goal. The only question is how to agree without losing face or imperiling that goal. 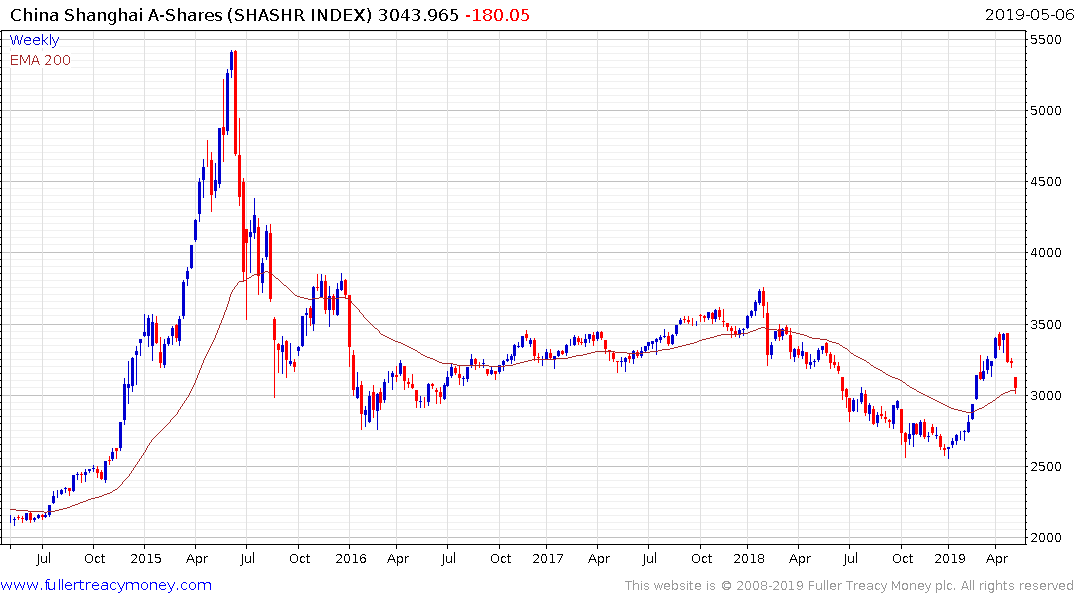 China’s Shanghai A-Shares Index pulled back in a kneejerk manner last night with a 6% move and is now trading in the region of the trend mean. This is where demand need to return if the medium-term recovery is to continue to be given the benefit of the doubt. 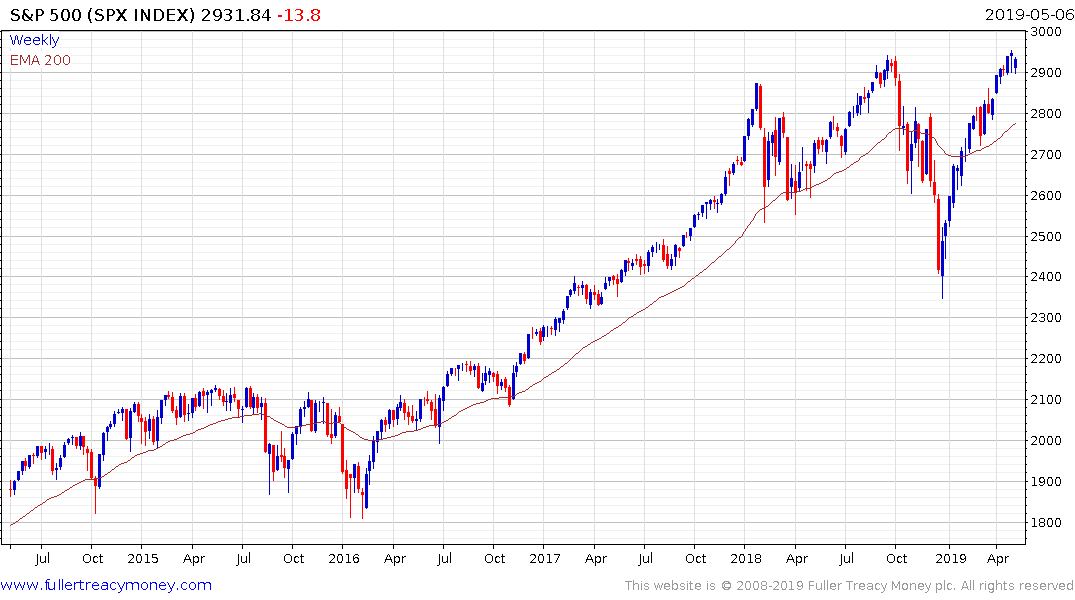 Meanwhile, the S&P500 remains in the region of its peak and continues to pause which is at least partially unwinding the short-term overbought condition.

Semiconductors is one of the most acutely sensitive sectors to trade news. It also pulled back sharply but pared the decline intraday. It also has a short-term overbought condition which it appears to now be unwinding but it has ample room in which to do so following the impressive advance over the last four months.