DEUTSCHE BANK (Robert Grindle, buy, PT 240p)
* Dividend payout, which was one major obstacle to a share price recovery, has now been de-risked
* “An outlook for improving top-line growth, FCF accretion due to M&A and the first monetization of European towers by Vodafone, should augur a material change in share price momentum”

GOLDMAN SACHS (Andrew Lee, no rating)
* 1Q results and announcement of TowerCo spin-out should provide “meaningful reassurance” to key investor concerns
* The beat on 1Q organic service revenue growth suggests 4Q19 was a trough and could encourage hopes for a return to top-line growth
* “While potentially splitting out towers may have the consequence of reducing the remainder of Vodafone Group growth and FCF visibility, management action to resolve its debt position is positive in our view”

Infrastructure plays with reliable cashflows from telecoms companies have been one of the most popular avenues for playing the rollout of 4G in recent years. The success of American Tower has resulted in a significant number of copycat operations divestments springing up all over the world. As 5G is rolled out there is scope for additional infrastructure plays. 5G requires a lot more transmitters, a lot closer together than conventional 4G and will sit on top of the existing structure to ensure constant connection while on the move. 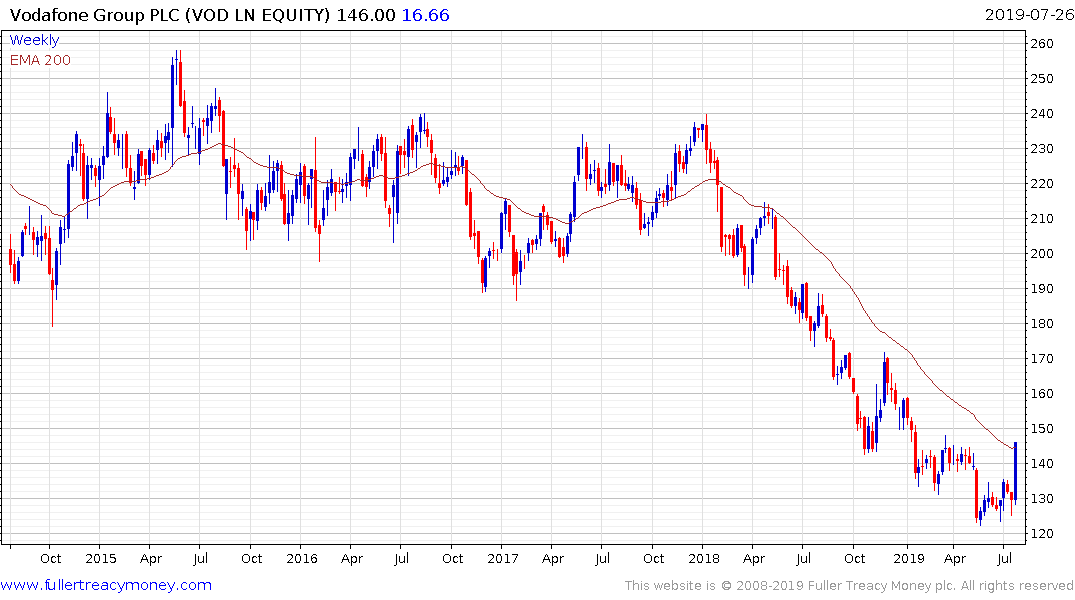 Vodafone has been trending lower since early 2018, but today’s rally breaks the sequence of lower rally highs and represents the first clear evidence of a return to demand dominance. 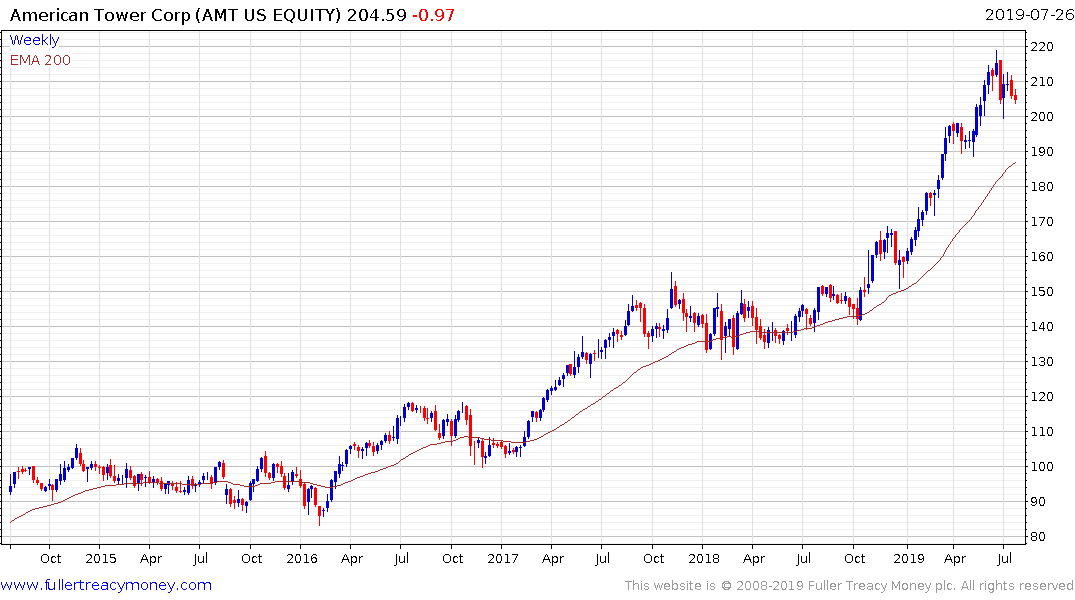 American Tower has a 5-year dividend growth rate of 22.9% and yields 1.69%. Some consolidation is currently underway but a sustained move below the trend mean would be required to begin to question the consistency of the medium-term advance.

China Tower IPOed in Hong Kong a year ago It has bene rangebound since May as it consolidates the earlier advance.

Spain’s Cellnex has been trending higher in an aggressive manner so far this year and broke out to new highs today. While a wide overextension relative to the trend mean is evident, a sustained move below this week’s low near €32 would be required to check momentum.

The Spanish and Italian entities are trading on eye-watering multiples which highlights the creditworthiness of the tenants. However, the negative yield environment is favouring these assets as yield hungry investors are desperate for returns.