Vietnam eased curbs on foreign ownership as the government seeks to boost inflows to the nation’s stocks and an upgrade to emerging-market status.

Overseas investors can increase holdings in “a number” of industries to 100 percent from 49 percent effective in September, according to a government decree published late Friday. Other companies will keep their 49 percent limits, while holdings in sectors that are governed by separate ownership regulations such as banks will remain at 30 percent, according to the decree.

?The restrictions have been “a major hurdle” to developing the capital markets and deterred many foreign investors, said Andy Ho, chief investment officer of Ho Chi Minh City-based VinaCapital, which manages about $1.4 billion in assets.

Money managers including Templeton Asset Management and Dragon Capital Group Ltd. have said they’re unable to buy as many equities in Vietnam’s $58 billion market as they want because of the caps. The plan to ease restrictions was delayed last year after originally being proposed in 2013.

Vietnam is building its case for an upgrade to emerging- market status from frontier classification by index provider MSCI Inc., the State Securities Commission said in October. An emerging-market ranking, which would increase the pool of eligible investors for Vietnam, requires “significant” openness to foreign ownership and ease of capital flows, as well as minimum levels of liquidity and market value, according to MSCI’s website.

Vietnam holds a great deal of promise with a competitive manufacturing sector, proximity to China’s markets and a government which is attempting to reform. However continued inflation is evident in the devaluation of the Dong which remains on a downward trajectory. An easing of restrictions on foreign ownership has long been anticipated by investors but would probably have been more beneficial almost three years ago when it was first mooted. Nevertheless it is good news. 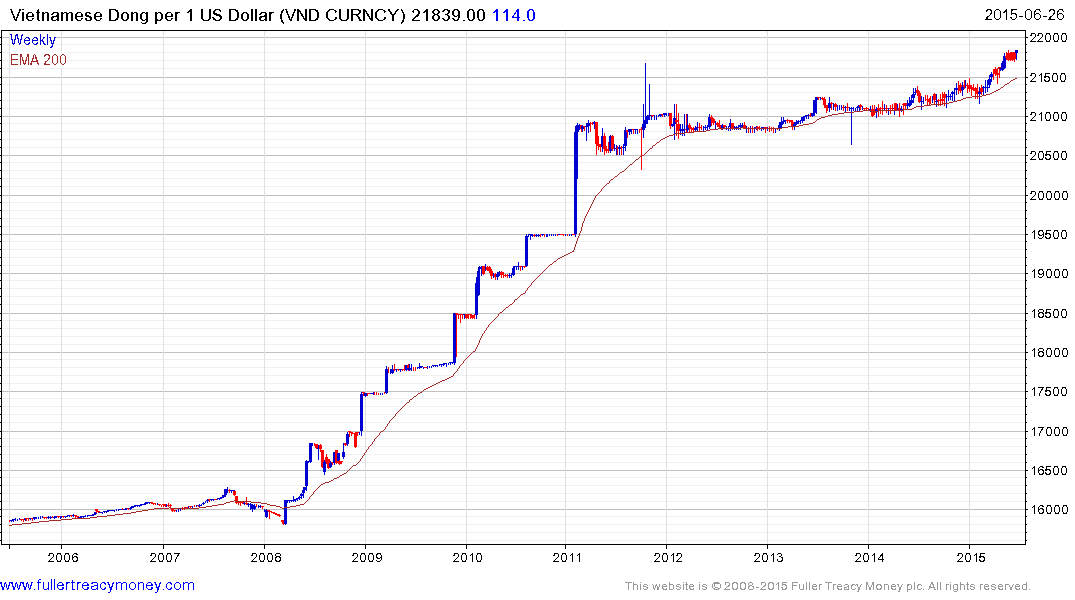 The stock market has not performed as well as it might have because foreign investors have been locked out of buying additional shares in some of the largest most attractive companies. This weekend’s decision has the potential to act as a bullish catalyst. The Index has been ranging mostly below 600 since 2007 but has been firming within its range over the last two months and a sustained move below the trend mean would be required to question medium-term scope for additional upside. 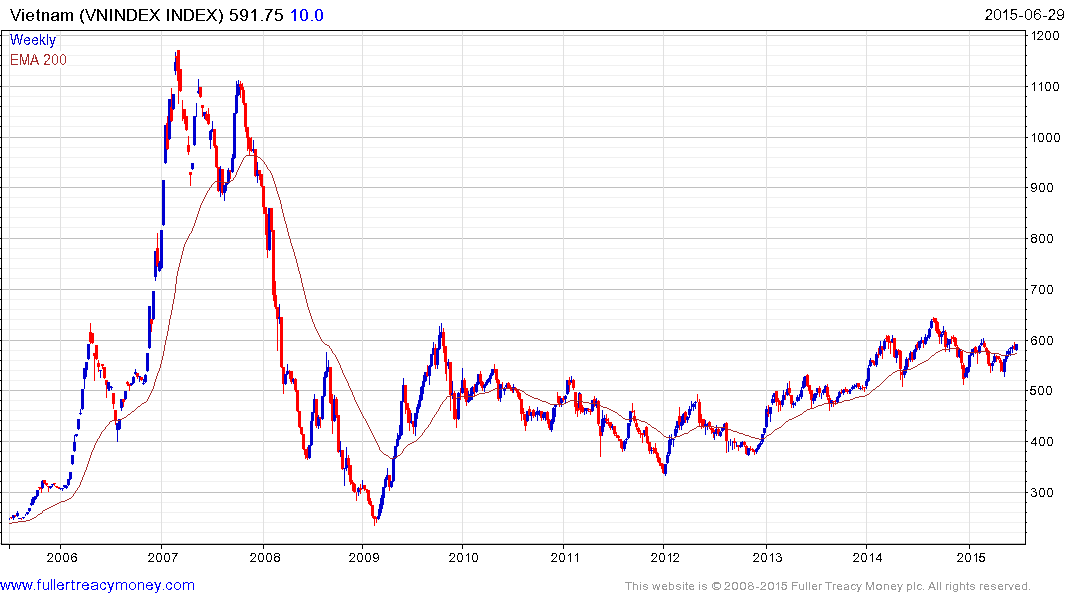 Vietnam Dairies dropped down from a Type-3 top in May 2014 and encountered resistance in the region of the trend mean from August. It has held a progression of higher reaction lows since November and broke back above the psychological VND110,000 level last week. A sustained move below that area would be required to question current scope for additional upside. 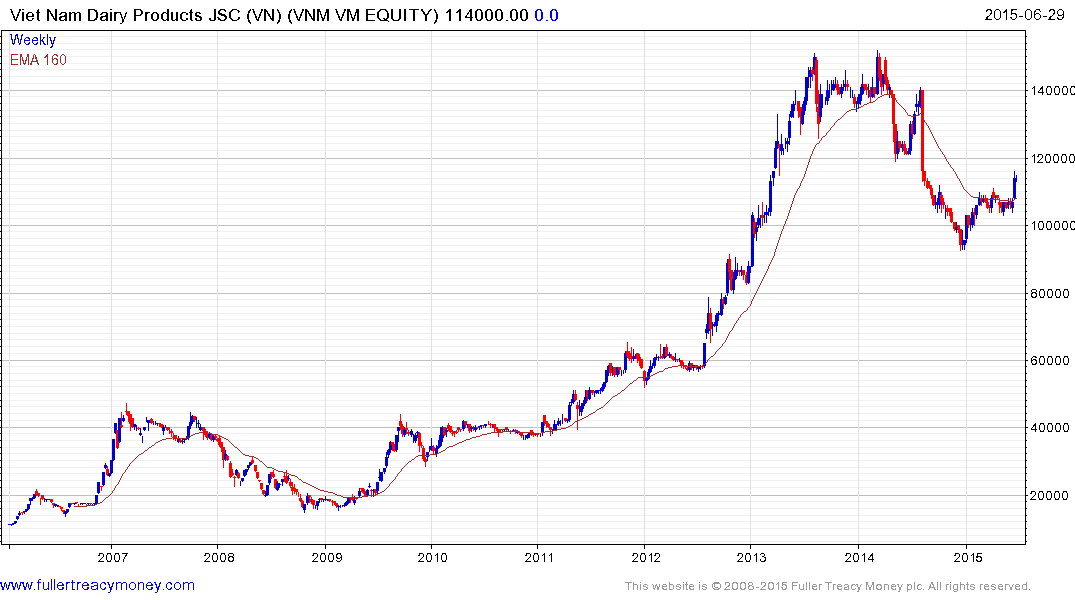