“Any deal at a price higher than $300 is a success for Uralkali,” Konstantin Yuminov, a Raiffeisenbank analyst in Moscow, said by phone today.

Companies owned by billionaire Mikhail Prokhorov, as well as Russia’s OAO Uralchem, bought 47 percent of Uralkali from billionaire Suleiman Kerimov and his partners after Belarus President Aleksandr Lukashenko demanded new ownership as a condition for talks about restoring joint marketing.

Oligarchies are precious phenomena that companies generally strive to sustain in order to maximise profits. The situation that developed in the potash market last year resulted from a disagreement within the global cartel over market share. This now appears to be in the process of being resolved which should help remove a substantial source of uncertainty for related shares. 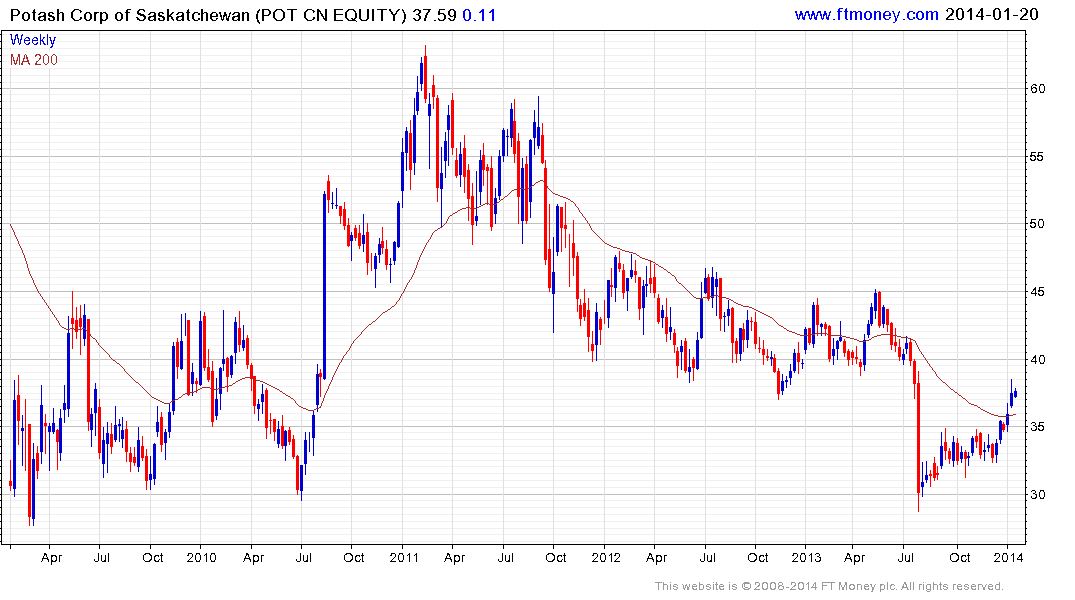 These positive developments have been progressively priced in over the last few months with the majority of shares, Potash Corp of Saskatchewan is an example, up approximately 30$ from their July lows. Some consolidation of recent gains now appears likely but a break in the progression of higher reaction lows would be required to question medium-term recovery potential. 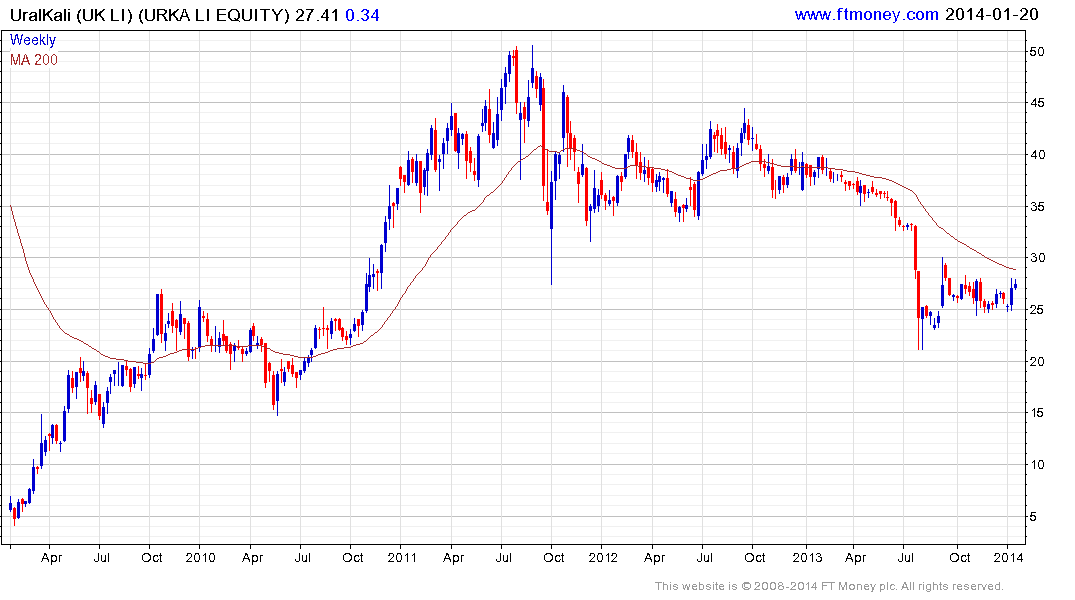