Same-store sales in Japan dipped 12 percent in June as the cooler weather curbed demand for summer clothes, the company said earlier this month. ​Net income surged 36 percent in the three months ended May to 27.6 billion yen, based on nine-month figures the company released Thursday in Tokyo. Sales gained 23 percent to 398.4 billion yen in the quarter. Investors have bet billionaire Tadashi Yanai’s clothing retailer, which offers basic designs made with advanced materials at low prices, will grow by exporting its model to faster-growing markets like China and the U.S. The shares trade at about 41 times projected earnings, compared with about 31 times for Inditex, which sells Zara casual clothes and is Uniqlo’s bigger global rival and 24 times for Hennes & Mauritz AB, which retails the H&M brand.

As the largest company in the price weighted Nikkei-225, Fast Retail exerts an influence on the direction of the overall market. As it expands internationally, the company will be consolidating more foreign earnings into a Yen which continues to weaken. 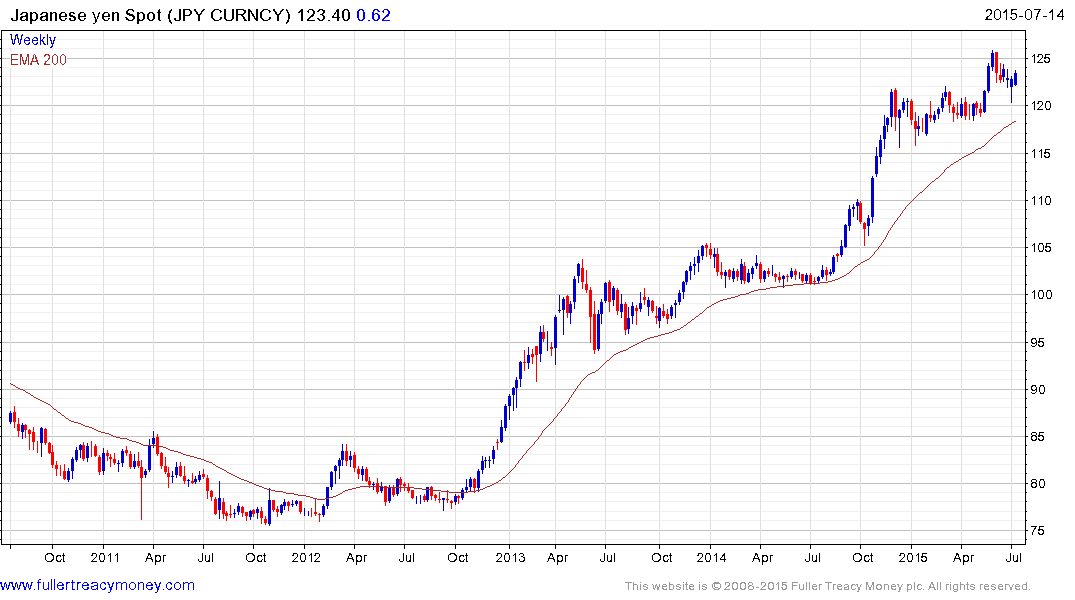 The share remains in a reasonably consistent uptrend and a break in the progression of higher reaction lows would be required to signal mean reversion. 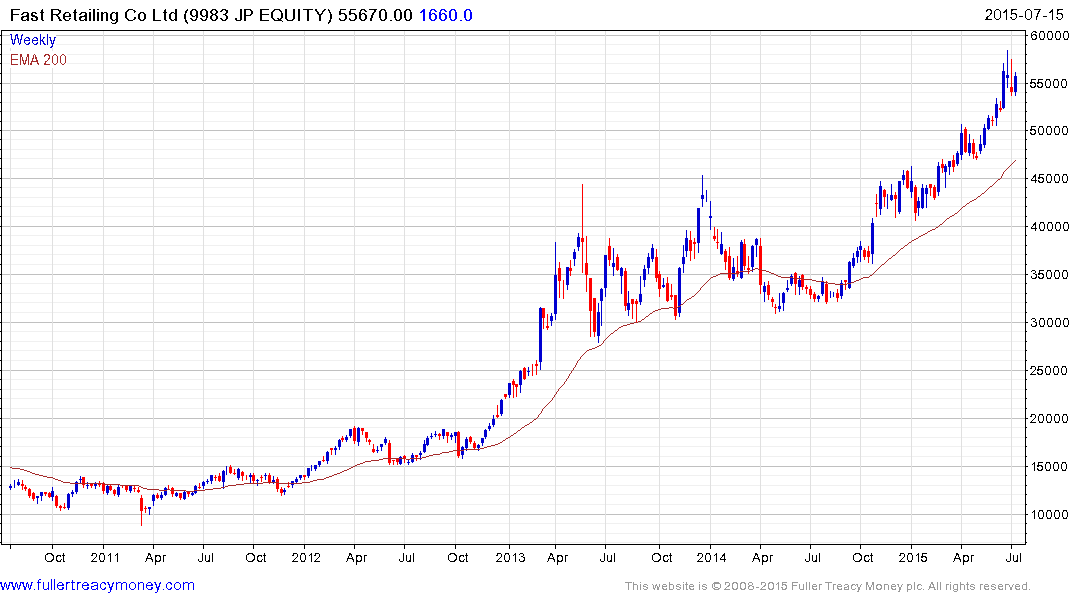 By the same token, the relative weakness of the Euro and Swedish Krone are positives for Inditex and H&M respectively. 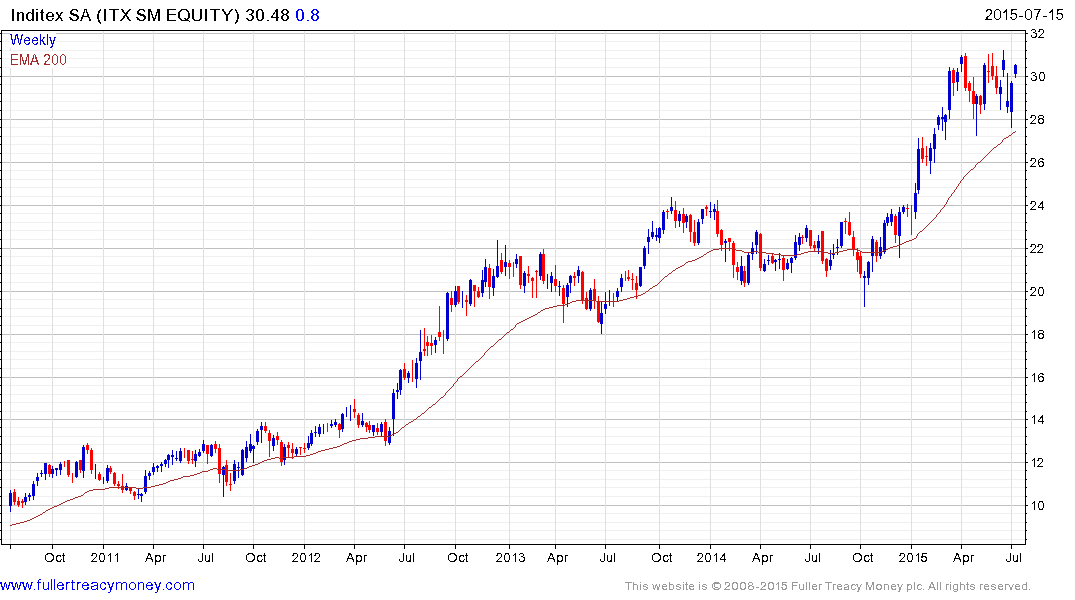 Inditex has been ranging in a reasonably steady process of mean reversion since hitting a near-term peak in April. A sustained move below the 200-day MA would now be required to question current scope for additional upside. 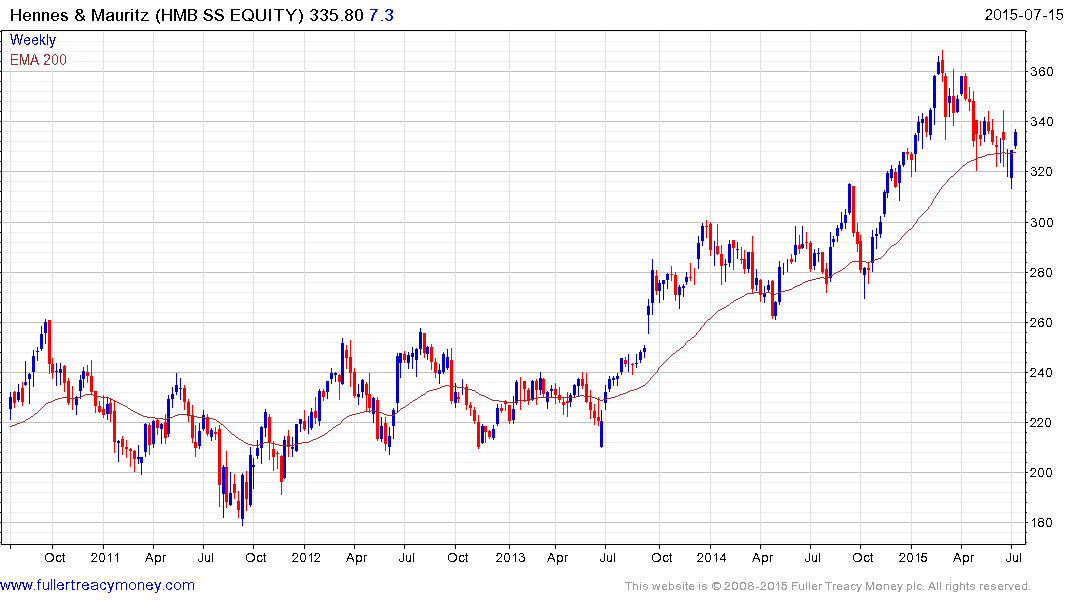 H&M has been engaged in a process of mean reversion since early March and bounced last week from the region of the 200-day MA. Upside follow through this week brings it back to test the short-term progression of lower rally highs. A sustained move above SEK340 would suggest a return to demand dominance beyond the short term.