An up-or-down vote on the Senate’s tax bill could happen before the end of this week. While McCain’s support helped bring the measure one step closer to passing, Republican Senator Susan Collins of Maine said it “would be very difficult” for her to support the proposal in its current form. The party can only afford to lose two of its 52 members to pass the bill without Democratic support. Bob Corker of Tennessee, Jeff Flake of Arizona, James Lankford of Oklahoma and Ron Johnson of Wisconsin are all seen as potential “no” votes.

Data showed U.S. consumer spending settled back in October to a still-decent pace after the biggest increase since 2009, as a post-storm surge in auto sales cooled. Incomes remained robust and inflation showed progress toward the Federal Reserve’s goal. Treasuries sank, driving the benchmark 10-year yield to the highest in a month.

The most dominant strategy evident in the US equity market this year has been an automated process to buy the dips. What has become obvious over the last few months is that what is considered a dip is getting progressively smaller. 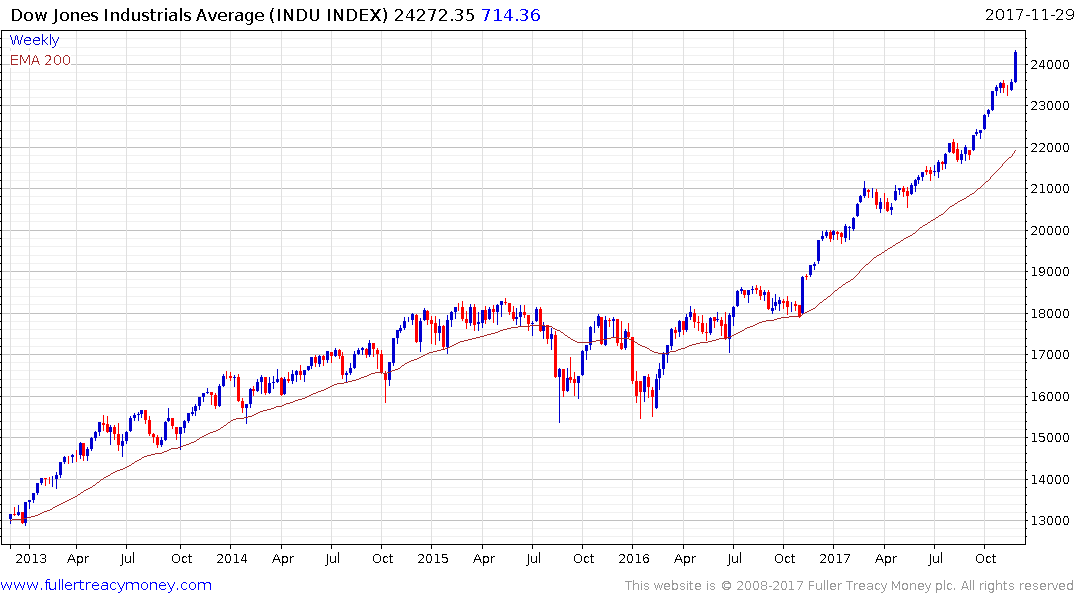 Yesterday’s one-day pullback, which particularly affected the technology sector, has been met today with at least a partial bounce back; most particularly in the Dow Jones Industrials. The background for this move is the continued popularity of passive investing represented by the growth of ETFs, risk parity strategies that lay off equity risk against bonds and quantitative strategies that hedge long equity with VIX trades. All contribute to the buy-the-dips phenomenon evident on Wall Street.

The biggest potential influence on the bullish environment which has prevailed this year is for interest rates to continue to rise.

One of the reasons the Fed is reducing the size of its balance sheet is because so much debt needs to be refinanced next year and a lot of that is coming in with five-year durations. On top of that, this graphic highlights how much additional borrowing needs to occur. 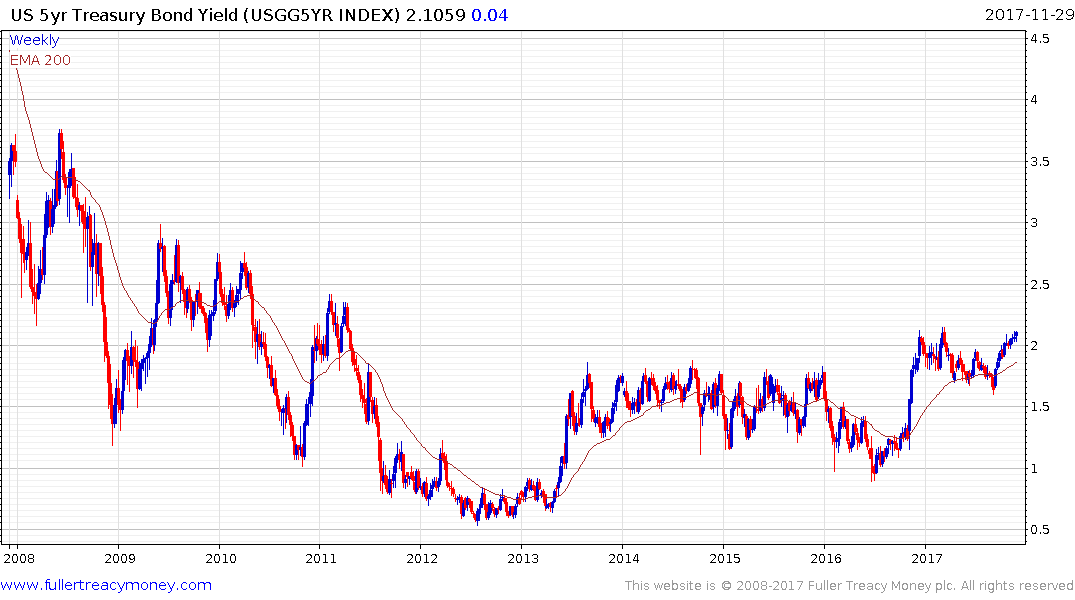 Five-year yields have first step above the base formation characteristics and a clear move back below the trend mean would be required to question potential for further expansion.