The company, which has its North American operations headquartered in Greeley, Colorado, controls about 20% of the slaughtering capacity for U.S. cattle and hogs, according to industry estimates.

Any impact on consumers would depend on how long production is down, said Matthew Wiegand, a risk management consultant and commodity broker at FuturesOne in Nebraska.

"If it lingers for multiple days, you see some food service shortages," Wiegand added.

Two kill and fabrication shifts were canceled at JBS's beef plant in Greeley due to the cyberattack, representatives of the United Food and Commercial Workers International Union Local 7 said in an email. JBS Beef in Cactus, Texas, also said on Facebook it would not run on Tuesday.

Piracy on the high seas is policed by both nation states and international organisations. A zero tolerance policy is taken to any threat to international trade and significant military and diplomatic resources are deployed to contain any threat that appears. Doing the same for cyber pirates is a lot more difficult.

The location of many teams is in countries that have little interest in policing nefarious actions in the economies of their geopolitical rivals and that’s when they are not explicitly employed by state actors. Meanwhile it is a lot easier to hide payments online than it is for cash transactions. The only way this kind of activity is going to be curtailed is through international agreements on cyber activity and since no major country is innocent that is going to be a stretch. 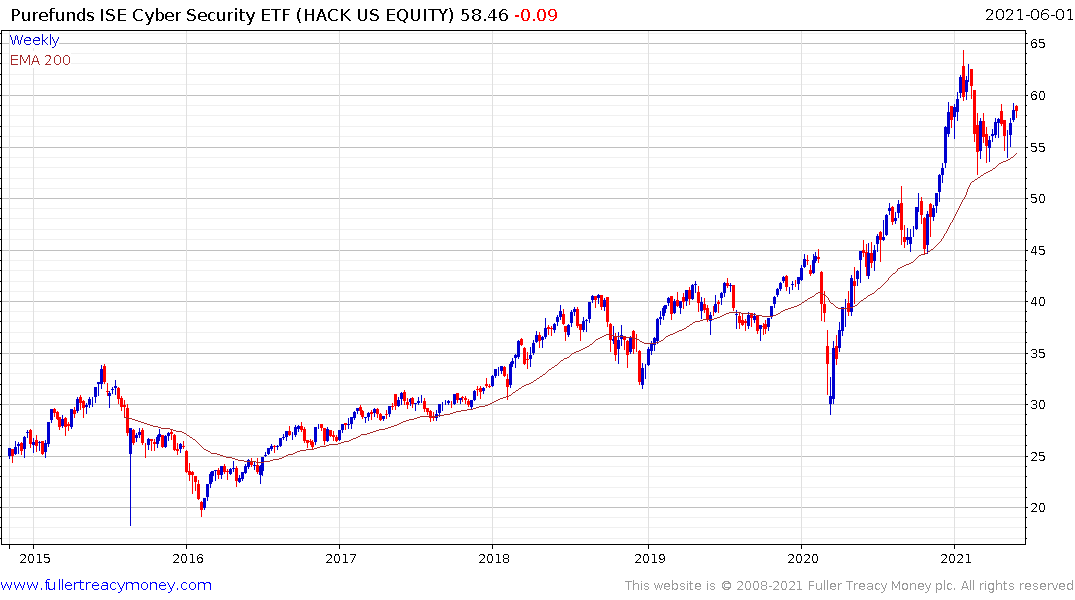 The cybersecurity ETF continues to steady in the region of the trend mean and remains in a reasonably consistent uptrend. 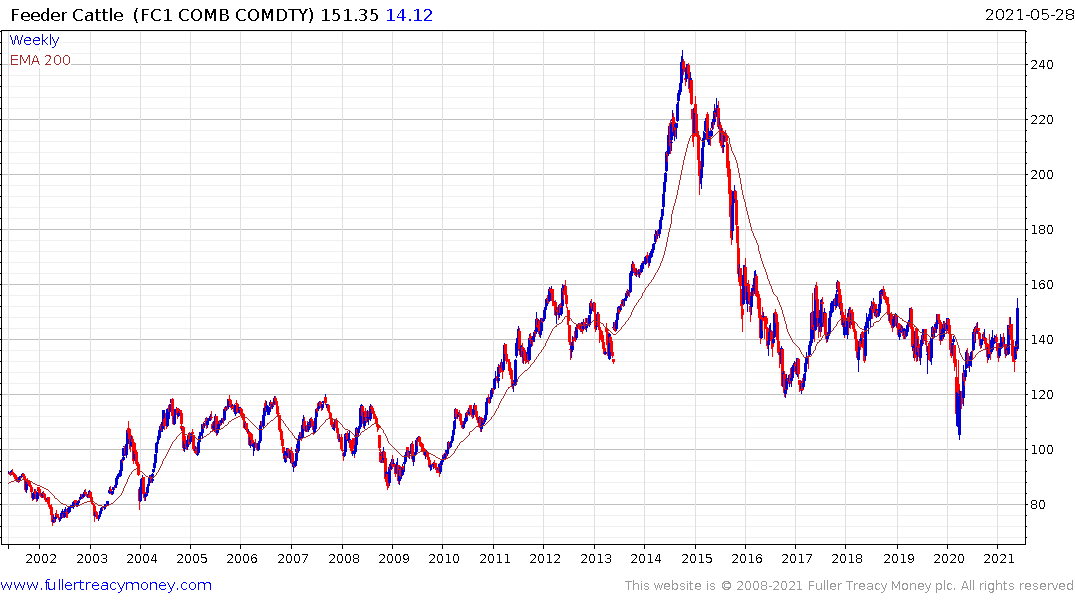 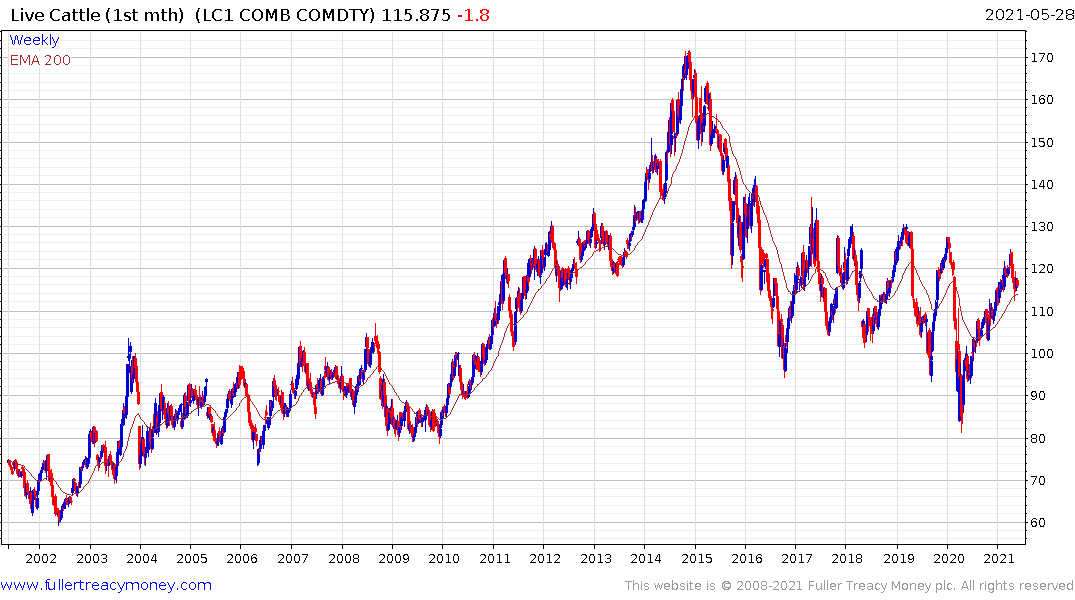 Both Feeder Cattle and Live Cattle firmed from the region of their respective trend means today. 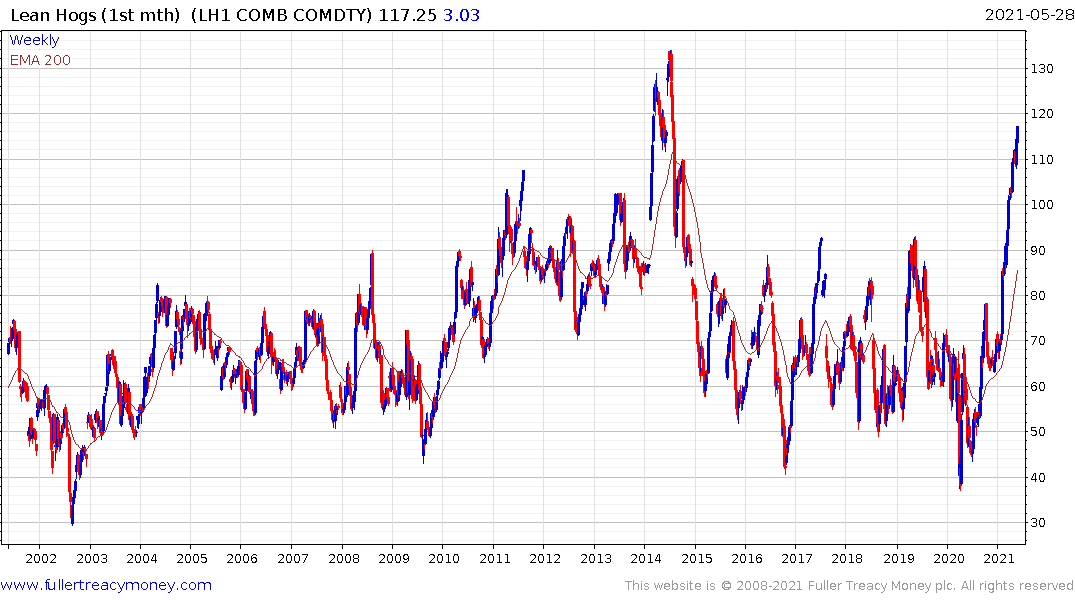 Lean Hogs remains in a steep but consistent uptrend.