The removal of U.S. crude from goods targeted by Chinese tariffs is a sign that America has become too big to ignore in the oil market.

Less than two months after threatening to impose levies on imports of U.S. crude, the world’s biggest oil buyer has now spared the commodity. Only fuels such as diesel, gasoline, propane will be hit with duties on Aug. 23, according to China’s commerce ministry. That’s after the nation’s buyers, including top refiner Sinopec, began shunning American supplies to avoid the risk of tariffs.

China’s original plan to target U.S. crude came at an inopportune time for the country’s buyers. Sinopec’s trading unit, Unipec, was embroiled in a dispute with Saudi Arabia, saying the producer’s prices were costly and cutting purchases just as it was boosting American imports. Two months on, refiners were faced with the risk of supply disruptions from Iran to Venezuela and paying more to take advantage of booming U.S. output.

“The U.S. has been and will remain the main source of incremental crude production globally,” said Den Syahril, an analyst at industry consultant FGE. “With several new refineries starting up over the next couple of years, China would thus be wary of taking a decision that could end up severely hurting its domestic refining industry.”

We’ve been saying for more than a decade that shale oil and gas were going to be gamechangers for the energy sector. The reality today is that the USA has gone from being the biggest importer of oil to being the marginal source of additional supply in less than a decade. That has deep repercussions for the US economy, after all that is hundreds of billions that will no longer be flowing overseas. 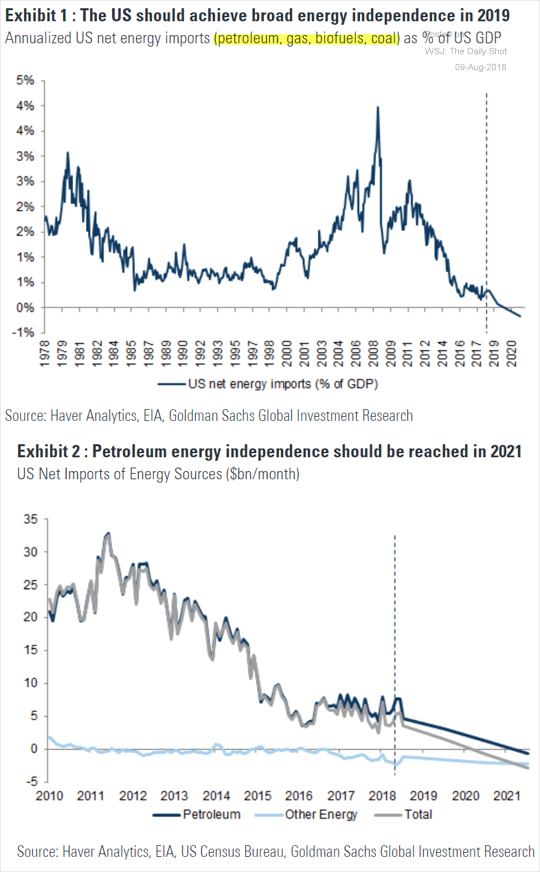 At the same time, it is a clear reason behind the upset to the global geopolitical status quo since the USA no longer has as clear an incentive to abide by agreements which cemented the globe’s energy infrastructure. The USA is now competing directly with Russia in the energy market as competition for LNG markets increases. Meanwhile, China has little choice but to absorb US crude oil supply considering the difficulties currently being experienced by Venezuela.

The USA is likely to be energy independent by the end of this decade according to Goldman Sachs. That is the kind of change that could help to reverse the slide in balance of trade, boost the domestic petrochemical industry, lend a tailwind to manufacturing and fuel the secular bull market on Wall Street. 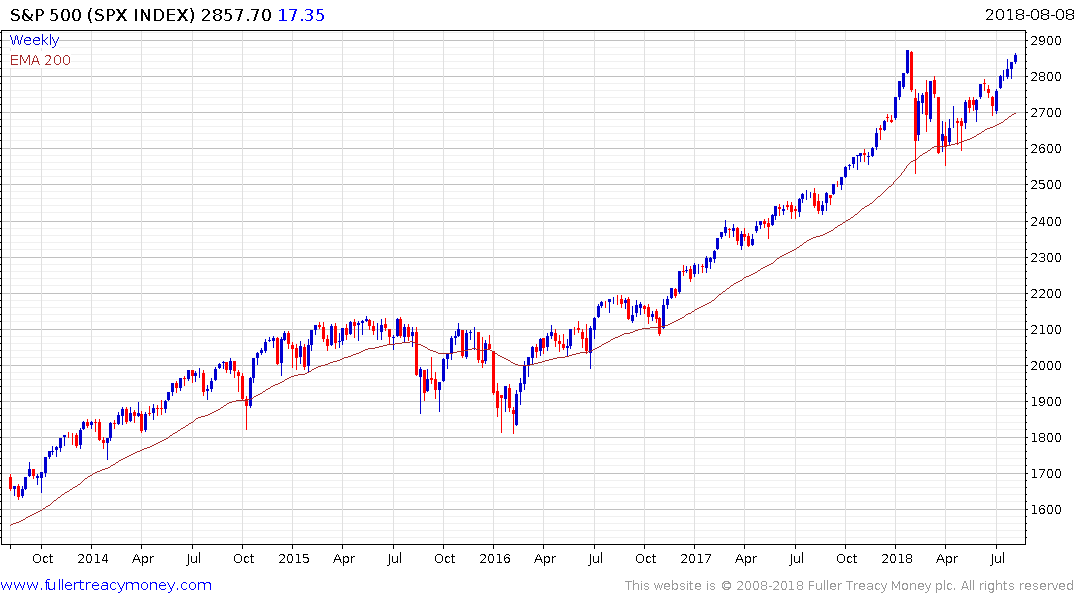 The S&P500 has paused over the last three sessions in the region of its January peak and some additional consolidation of its short-term overbought condition appears likely. A sustained move below the trend mean, however, would be required to question medium-term scope for continued upside.

This is also an important consideration in the ongoing argument about the strength of the US Dollar. It is possible to count the number of advanced economies that are energy independent on one hand and they generally tend to have firm currencies. 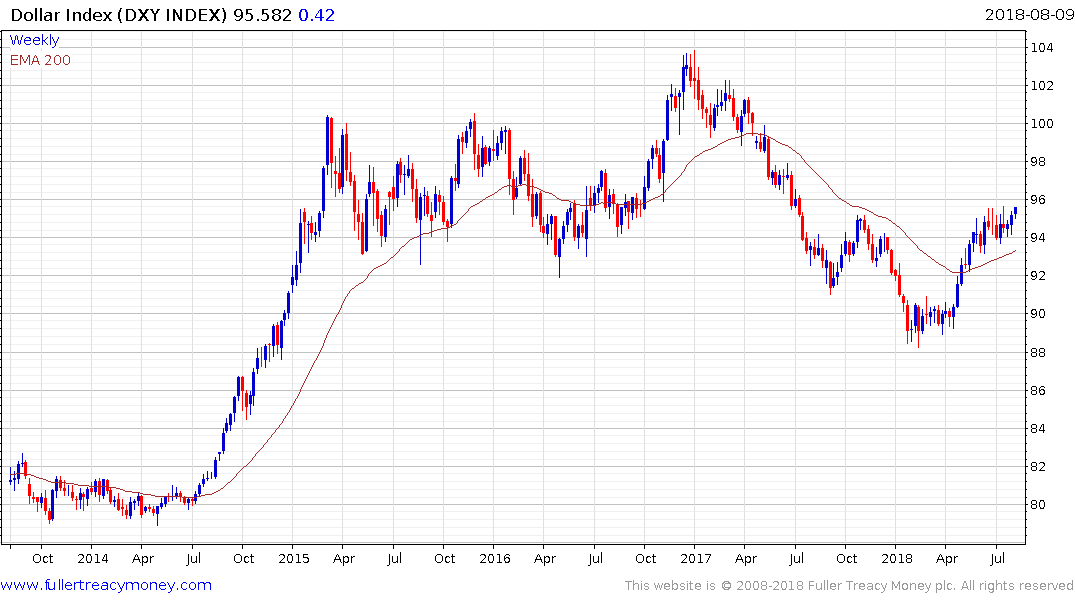 The Dollar Index is back testing the upper side of its range, hitting a new closing high today, and a clear downward dynamic would be required to question potential for additional upside. 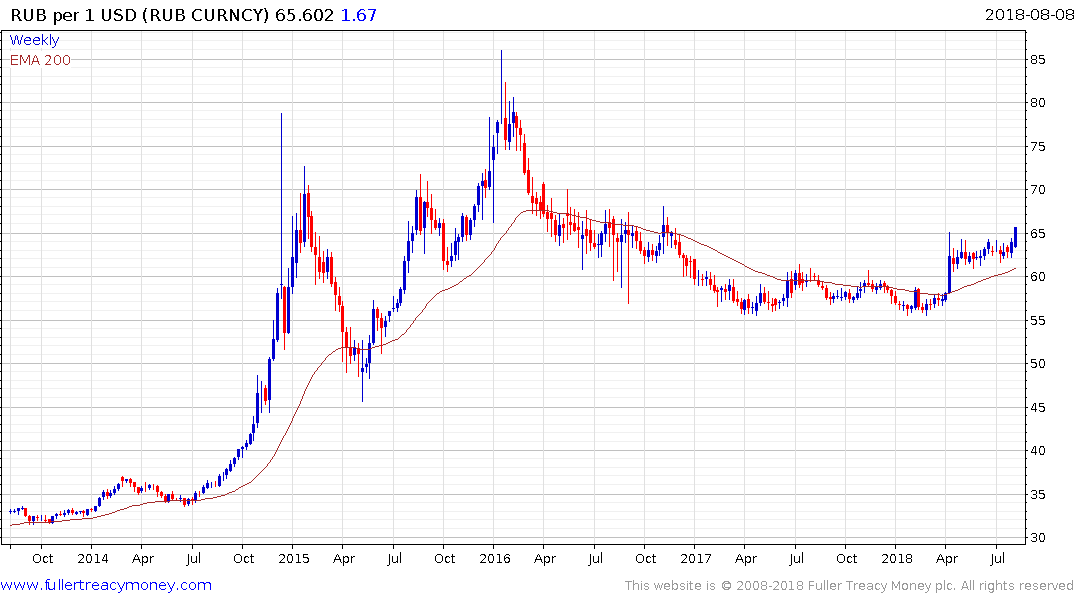 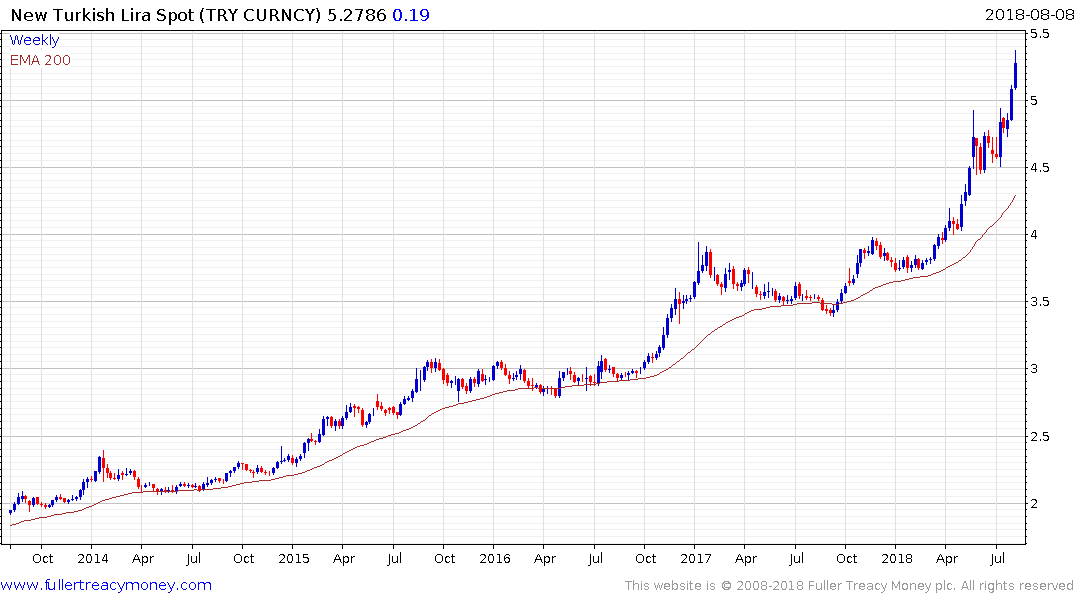 Meanwhile sanctions against Russia and Turkey are acting as clear headwinds to their respective currencies.