The Federal Reserve has already signalled what their plans are. They aim to end purchases next month and simultaneously begin to raise rates. The market is well on its way to pricing in a 50-basis point hike. Reducing the size of the balance sheet is expected to begin sometime later this year. That’s where the big differences between this tightening cycle and last begin.

The process of running off debt is expected to take a different trajectory from the last time around. Jay Powell signalled they will be focusing on reducing mortgage debt holdings. The Fed is probably worried about the spiralling cost of shelter. By reducing their holdings of mortgage bonds, they are potentially aiming at property prices.

The spread between the 30-year mortgage rate and the 10-year Treasury is currently testing the 200-basis point level. Outside of crisis periods, that is about as wide as the spread tends to get. It suggests the mortgage market has already priced in a lot of Fed tightening. 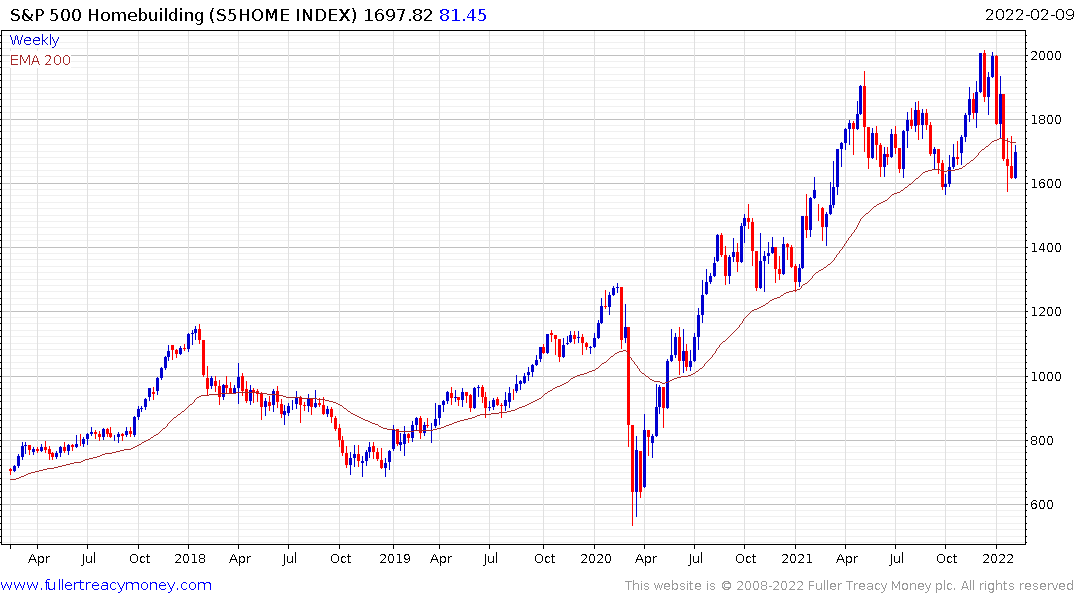 The S&P500 Homebuilders ETF continues to paused between the October lows and the 200-day MA. A sustained move above 1725 will be required to signal a return to demand dominance.