U.S. Consumer Prices Jump Most Since 2008, Topping All Estimates
Comment of the Day

U.S. Consumer Prices Jump Most Since 2008, Topping All Estimates by Eoin Treacy

Shelter costs, which are seen as a more structural component of the CPI and make up a third of the overall index, rose 0.5% last month, the most since October 2005. The gain was driven by a 7.9% jump in hotel stays.

Figures out Tuesday from the National Federation of Independent Business showed 47% of small-business owners, the largest share since 1981, reported higher selling prices in June.

The jump in used car prices is a direct result of the semi-conductor shortage. The kinds of chips required by the automotive sector could be in short supply until the end of the year, so that supply inelasticity is likely to last a while longer. It is also having a knock-on effect for the rental car market and even into the U-Haul sector.

These factors are also being exaggerated by what might be described as revenge consumption. People feel the need to splurge and treat themselves to make up for the privations of 2020. Demand for all manner of tourist related services is rising sharply.

Meanwhile there is still a shortage of workers. Last weekend, I saw a steakhouse chain offer a $300 signup bonus for staff. Excess unemployment benefits are rolling off but wage pressures are likely to remain a factor. The, as yet, unquantified effect of migrations during the pandemic suggest wage pressure will be a sporadic affair.

The surge in house prices is inevitably going to lead to rent hikes. In fact, the impact may well be exaggerated by the experience of landlords during the lockdowns. They may tighten standards and be more selective about tenants which has the net effect of pushing prices up. That’s a significant factor in how inflationary pressure is calculated.

The big takeaway is there is enough of uncertainty in the outlook at it will be at least a year before the Federal Reserve will have data to countermand the “transitory” inflation call. The market on the other hand is not waiting around. 10-year Treasuries continue to rebound from the region of the trend mean and 2-year yields have broken out.

Thanks to a subscriber for this article by Ambrose Evans Pritschard which may be of interest. Here is a section:

James Ferguson from MacroStrategy says that over the last 70 years, deposits held by US households have never deviated from a narrow band between 47pc and 57pc of GDP. They currently hold deposits equal to 66pc. Is it credible to base policy on the assumption that people will squirrel away this money rather than spending a big chunk of it? No, it is not sociologically credible.

Will the velocity of money revert back towards its trend level over coming months, ignite the excess liquidity, and lead to inflation that is patently not ‘transitory’? The evidence is that this process is already well underway and I therefore suspect that the Fed will find itself having to impose a minimum of discipline sooner than the market expects.

A taper tantrum is coming this autumn. Think of it as a cleansing purge. Only then will it be safe to buy the dip with conviction

There are two arguments about the high savings rate. The first is following a pandemic precautionary savings increase, and stay high, because people insure themselves against the possibility of a similar trauma. That’s the deflationary argument.

The opposite view is that the precautionary savings are not going to be sustained on this occasion because everyone has learned the government can step and bailout individuals. That means there is no need to save. The rising velocity of money argument is very dependent on this inflationary argument. 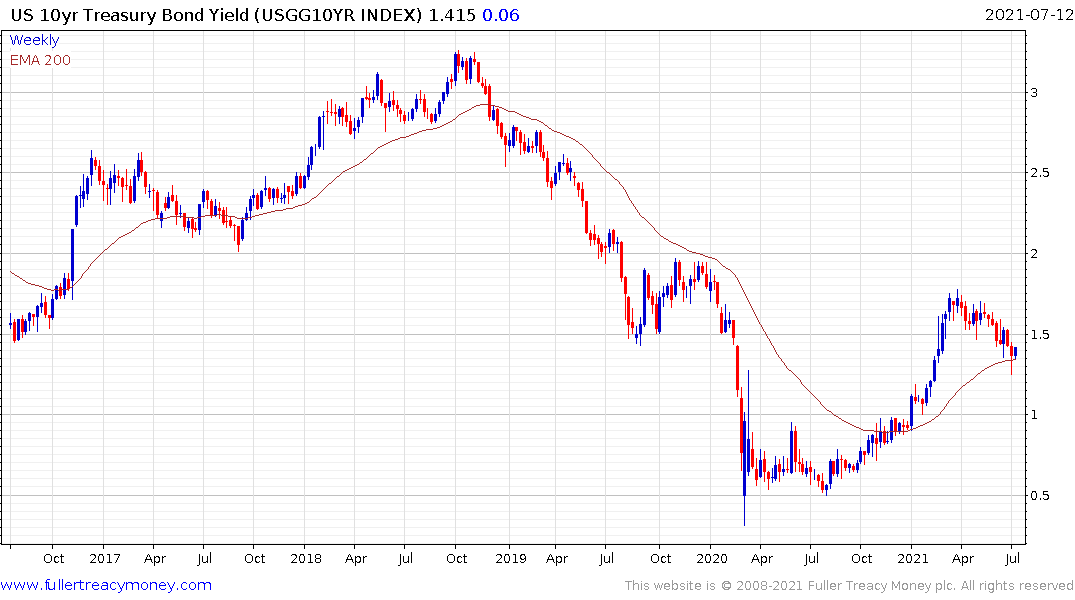 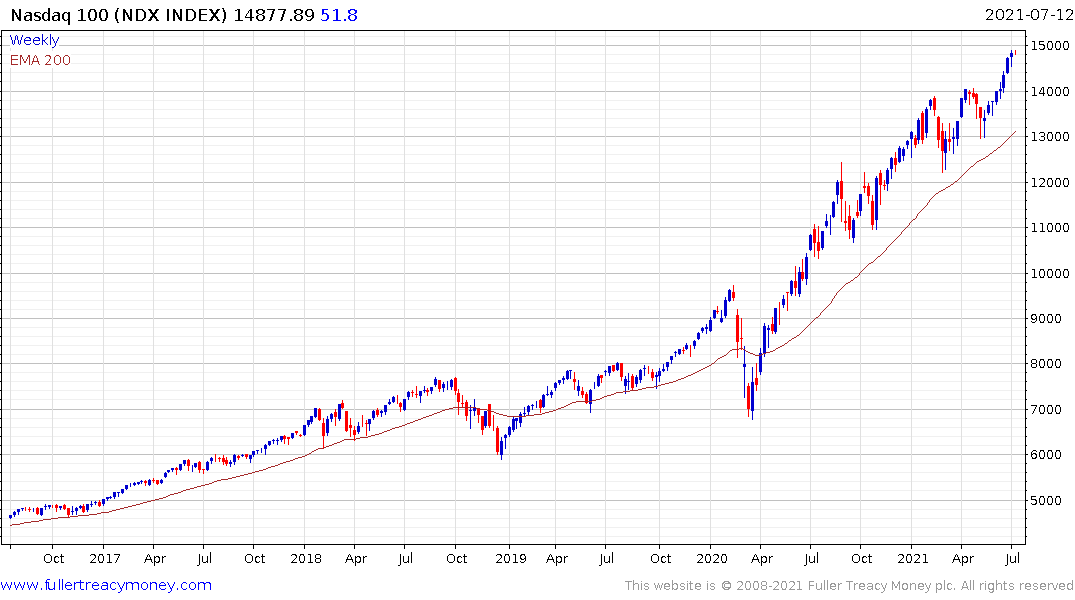 Every time bonds yields rise, they tax the high growth sector. If Treasury yields continue to rebound, the risk weakness in the Nasdaq-100 will continue to rise.