U.S. and China Sign Phase One of Trade Deal by Eoin Treacy

The U.S. and China signed what they’re billing as the first phase of a broader trade pact on Wednesday amid persistent questions over whether President Donald Trump’s efforts to rewrite the economic relationship with Beijing will ever go any further.

The deal commits China to do more to crack down on the theft of American technology and corporate secrets by its companies and state entities, while outlining a $200 billion spending spree to try to close its trade imbalance with the U.S. It also binds Beijing to avoiding currency manipulation to gain an advantage and includes an enforcement system to ensure promises are kept.

The most important point about the trade deal is the stock market did not sell off immediately following the signing. Considering the rally that has been underway for the last three and half months there is clear risk of some consolidation on a buy the rumour to sell the news, but no evidence it has started just yet.

The interim or Phase 1 deal sets up a runway for negotiations and monitoring until the end of the year and takes the trade war off the table as an economic concern. The tariffs which remain in place also represent levers which can be pulled to support flagging sentiment at any point during the year and not least as we approach the key milestones of who the Democratic Party’s nominee for President will be and the election itself. 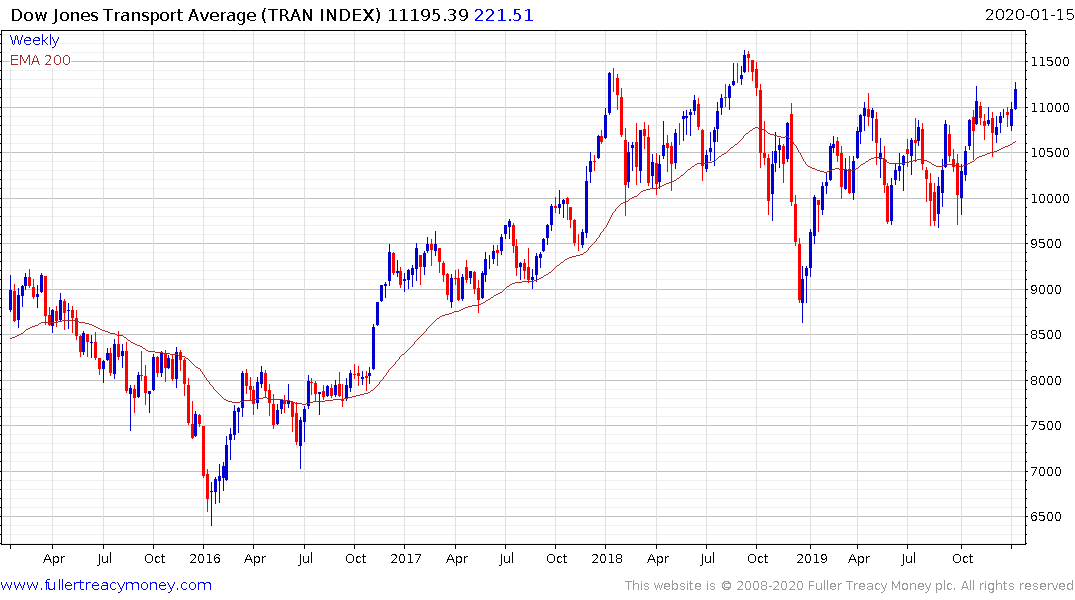 The Dow Transportation Average popped on the upside this week to test the peaks of the two-year range. A sustained move above 11500 would confirm a Dow Theory buy signal since the Industrials Average has already broken on the upside.