The numbers, as well as intensifying a squeeze on households, may put fresh pressure on Bank of England policy makers, who are grappling with price growth above their 2 percent target. While just two of the nine-member Monetary Policy Committee voted to increase interest rates from a record-low 0.25 percent last month, some economists say a third -- Andy Haldane -- could join them at this week’s meeting.

A 6-3 vote “could prompt a re-appraisal of the potential path of interest rates,” said James Knightley, chief international economist at ING in London. “But we feel that the economic uncertainty brought about by Brexit will lead the committee to hold fire until there is much greater clarity on the U.K.’s post Brexit environment.”

The data on Tuesday from the Office for National Statistics also showed that core inflation accelerated more than economists expected last month, reaching the most since 2011. The pound climbed to a one-year high, jumping 0.9 percent to $1.3281 as of 11:46 a.m. London time.

The UK has previously been willing to run inflation hot to allow it to erode the massive quantity of outstanding debt. BoE Governor Carney has clearly stated that the repercussions of the Pound’s decline would stoke inflation and contribute to lower living standards. Whether than means he is willing to raise rates to temper inflation is a big question. 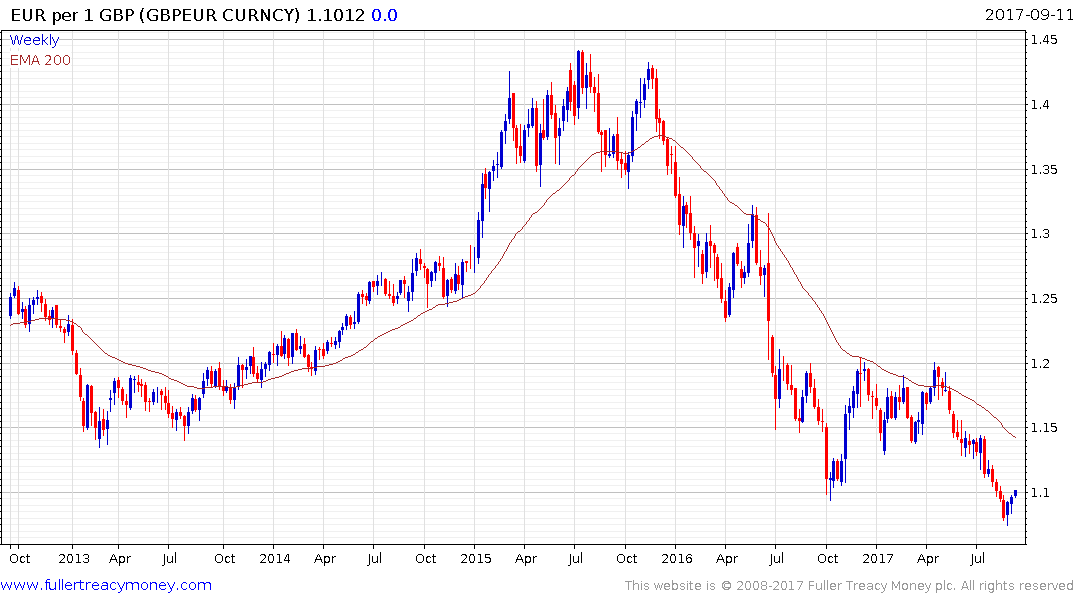 The Pound rallied back above €1.10 yesterday and improved on that performance today; suggesting a reversionary rally back up towards the mean is underway. However, a sustained move above the trend mean would be required to question the broad consistency of the almost two-year decline. 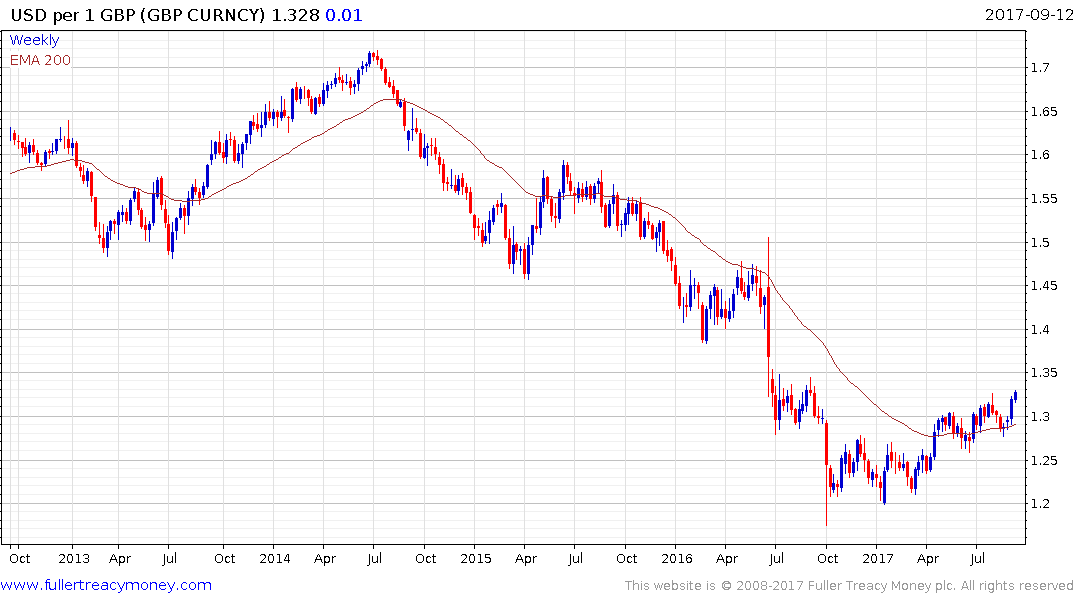 The Pound has found support in the region of the trend mean on two occasions since June and is once more rallying to hit new recovery highs against the Dollar. A sustained move below $1.30 would now be required to question medium-term scope for additional higher to lateral ranging.