Hancock said the country faces a “big moment” but emphasized a second lockdown “is not the proposal that’s on the table.” Asked if scientists are saying schools and business don’t need to be closed, he replied: “that’s right.”

“The strategy is to keep the virus down as much as is possible, whilst protecting education and the economy and doing everything we possibly can for the cavalry that’s on the horizon,” he said, referring to efforts to develop Covid-19 vaccines, new testing technologies and treatments.

Much is riding on the government’s test-and-trace program, which officials regard as vital to keep infection rates down and to give people confidence to return to work. But the system is failing to meet key targets, including on the rapid turnaround of tests and the number of people deemed at risk of contracting the virus who are contacted.

The rising number of cases is a concern. However, it has not transferred into a higher death rate. Some would argue that a rising death toll is inevitable but that is not necessarily the case. 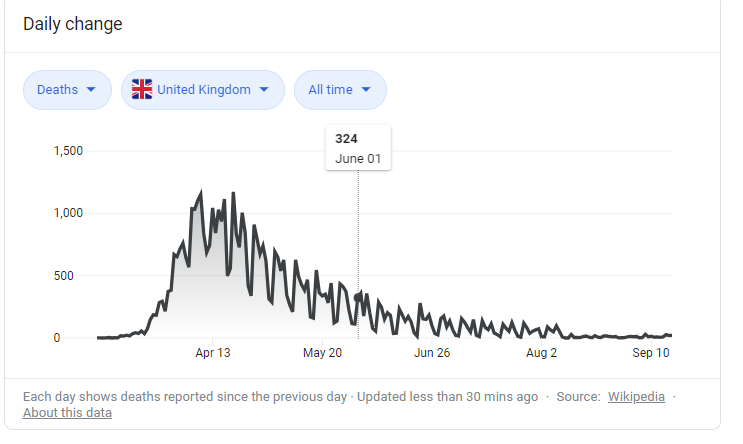 You can’t die twice. Many of the deaths were among the most susceptible groups. Lessons have finally been learned. Older, sicker people are now better protected. At the same time methods for treating the virus have improved. The situation today is not comparable to what prevailed in February.

The need for lockdowns will depend on the rigour of the testing regime and the speed with which results can be delivered. Anything more than 24-48 hours is a waste of time.

The one thing we do know is that as long as the coronavirus is making headlines it will have an impact on consumer behaviour. That ensures a constant need for stimulus and monetary easing to encourage economic activity. Without it we will see additional volatility.