The U.K. confronted threats of food insecurity and panicked shopping days before Christmas as European nations restricted trade and travel to guard against a resurgent coronavirus, offering Britain a preview of the border chaos to come in the absence of a Brexit deal.

Fearing a fast-spreading new strain of the virus that forced a strict lockdown across England, France on Sunday suspended travel from the U.K. for 48 hours and wants a stricter testing regime before lifting the blockade. Germany and Italy halted arriving flights from Britain with Spain and Portugal following suit. The crisis gave renewed urgency to negotiations for a trade deal with the European Union that remained at a critical stage after weekend talks.

Late Sunday, the Port of Dover stopped freight moved by truck into France while allowing unaccompanied cargo to keep moving. Traffic into the U.K. is unaffected, though truckers often run supplies in both directions and the latest outbreak in the heart of England may discourage them from entering the island.

The announcement over the weekend that one of the evolved versions of the original COVID--19 virus has travelled from South Africa to the UK has caused a panicky response from European governments. The new variant appears to be more infectious but no more lethal than the last. That suggests it will quickly become the dominant form of the virus circulating the global before long. Since the newer version is now already in Italy, closing borders with the UK is unlikely to have any effect on its ability to spread inside the EU.

Despite official “strict lockdowns” in the USA I see little evidence of consumers abiding by recommendations. The freeways are busier than they have been in months and outdoor malls are bustling with activity. More people are planning to travel over Christmas than over Thanksgiving. That virtually ensures the number of cases will surge in January. 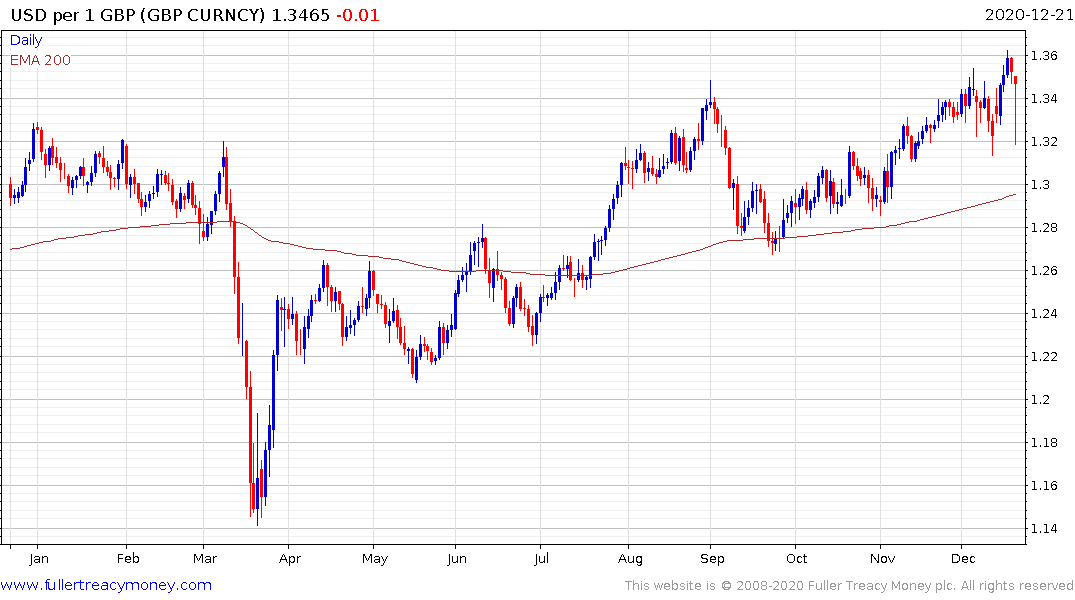 The Pound pulled back sharply but recouped most of the decline. So did Wall Street. The reality is this evolving situation is quite different from the initial outbreaks in February and March. Vaccines are now in the market and, at least so far, there is no reason to believe they will be ineffective versus newer versions of the virus. That suggests while lockdown hysteria is likely to be amplified, the monetary and fiscal policy response should have a similar impact on asset prices as the first round of stimulus. 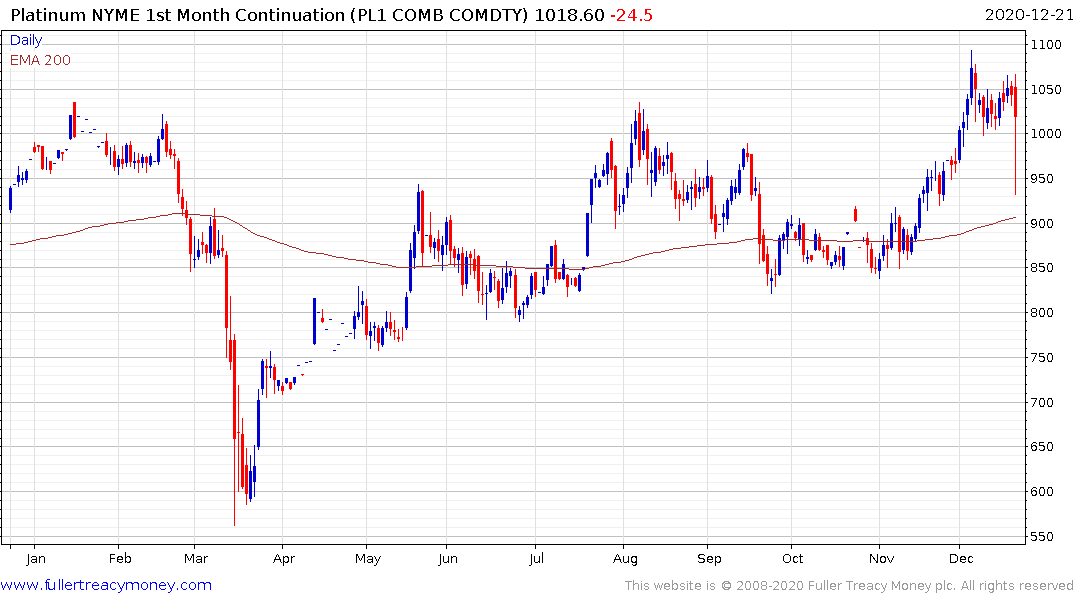 One of the more notable tests of support today was seen in platinum. It spiked lower to trade down to $932 before recouping most of the decline. 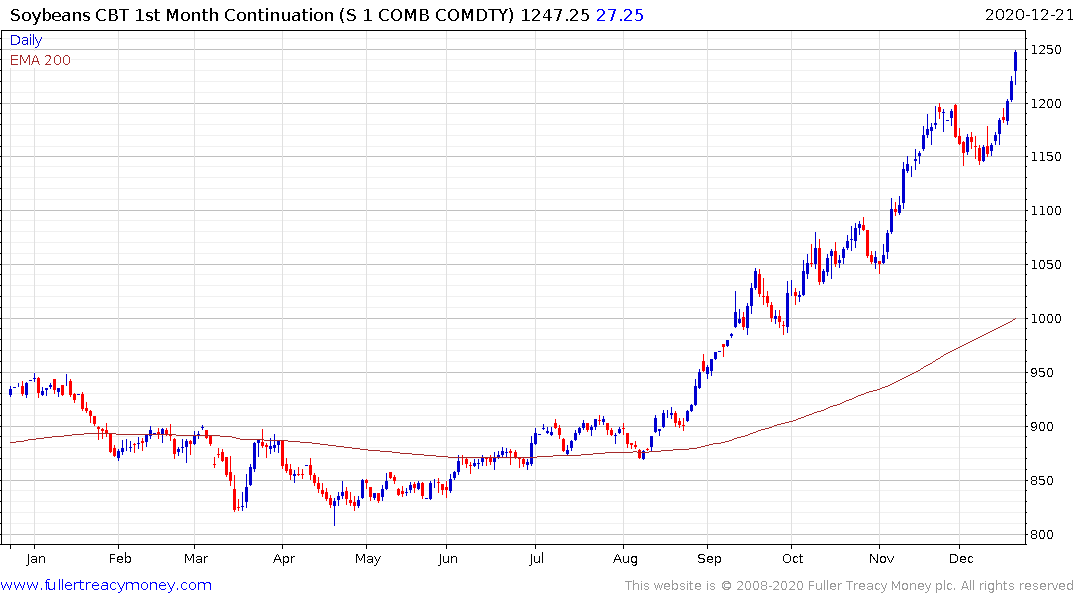 This suggests that while the media is stirring panic, investors are looking through the news to the inflationary fallout from outsized spending and economic recovery.