U.K. Consumers Get No Relief Just Yet From Inflation Squeeze
Comment of the Day

U.K. Consumers Get No Relief Just Yet From Inflation Squeeze by Eoin Treacy

U.K. shoppers are in the “teeth” of a squeeze on their pockets and they’re going to have to ride it out for the rest of the year.

That’s the view of Bank of England Governor Mark Carney, who said this month that consumers may have to wait a bit longer to see real wage growth again. Data next week will reinforce that view, with inflation continuing to outpace incomes, leaving retail sales struggling to build momentum.

U.K. consumers, whose resilience was a key buttress of the U.K.’s initial performance after the Brexit referendum last year, have lost some of their muscle in 2017. With the pound’s drop fueling higher prices, they’ve been feeling the pinch, and a report earlier this week showed households cut back on spending for a third month in July.

The Brexit decision is going to have long-term repercussions for the UK economy but the more pressing issue is how much progress can be expected in the negotiations. Both UK and Eurozone media outlets are full of stories about how far apart the sides appear to be in understanding the rather different views on what the future relationship should be. 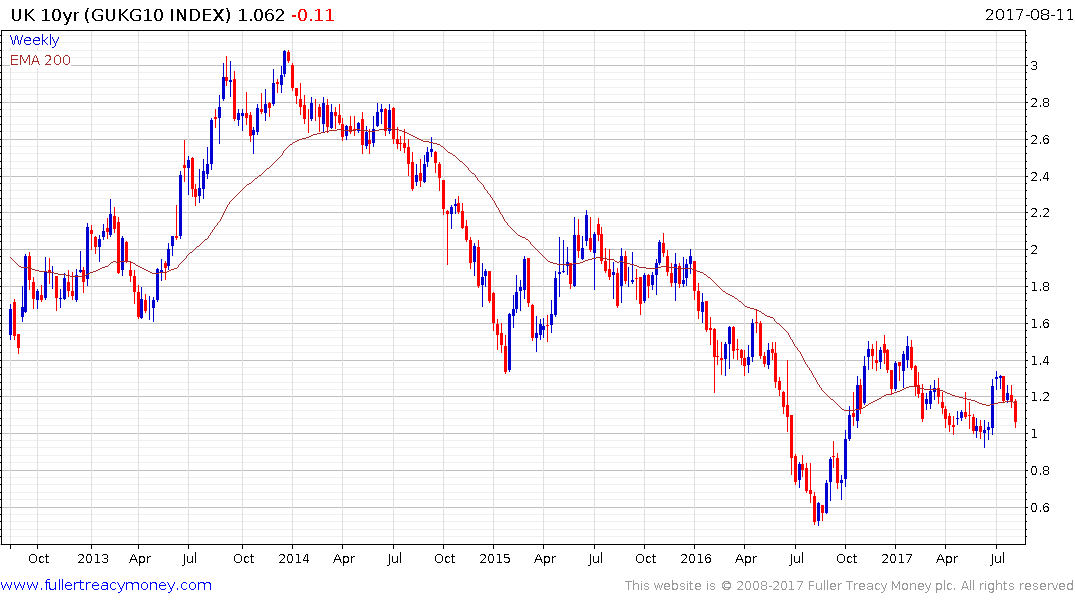 UK 10-year Gilts are not reacting as if inflation is a serious medium-term problem. Despite the impressive run-up in the latter half of 2016, the medium-term progression of lower rally highs remains intact. A sustained move above 1.5% would be required to begin to question medium-term demand dominance. 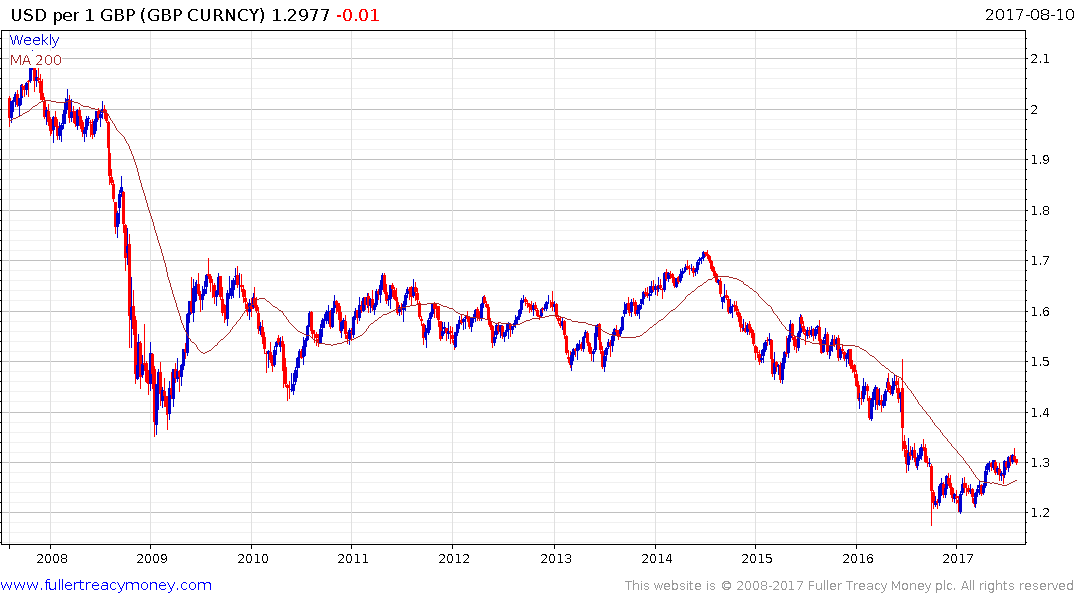 The Pound firmed from the $1.30 area against the US Dollar today, posting a small outside day. Upside follow through next week would confirm a low of at least near-term significance. 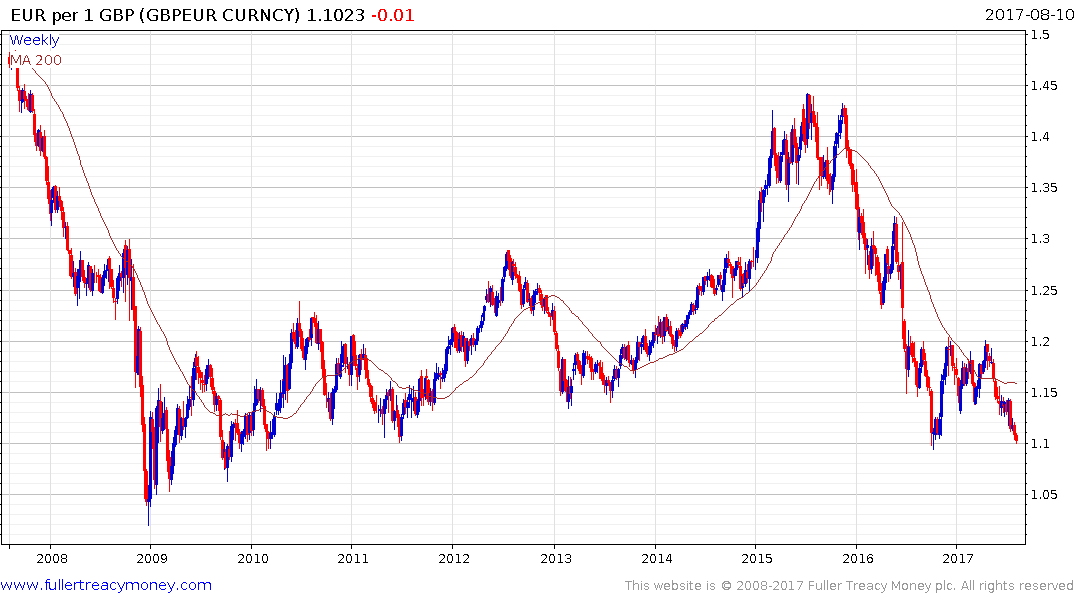 However relative strength against the Dollar, which has been among this year’s weakest currencies does not give us a great deal of intelligence on the strength or otherwise of the Pound. Against the Euro it continues to make new lows, but is back testing the psychological €1.10 area which has been previous area of support. With a short-term oversold condition in evidence potential for a bounce has improved.