The delay in the vote means an EU summit later in the week will be the next focus for markets. Traders had been planning to stay late at the office Tuesday in anticipation of significant price swings on the vote. May said she would try to address concerns over the Irish border and step up preparations for a no-deal scenario.

“This is very strong risk-off move,” said John Wraith, head of U.K. macro rates at UBS Group AG. “The market clearly believes she will not get anything material enough from the EU to turn that scale of opposition around, so even if the vote is delayed it’s going to end in the same way -- with a big defeat for the government, and the end of the Withdrawal Agreement -- but now it will happen even closer to the date of the cliff edge.”

The EU has said they have nothing left to offer and will not negotiate further. However, that is not exactly true. If the UK does in fact leave the EU without a deal, then negotiations on a trade deal will probably begin immediately. For the UK, that will probably only be one of many deals it will need to negotiate.

The last thing the EU needs is a major economy, like the UK, on its doorstep with a devalued currency and an incentive to be as competitive as possible. Quite whether those in power in the UK realise that is another story. 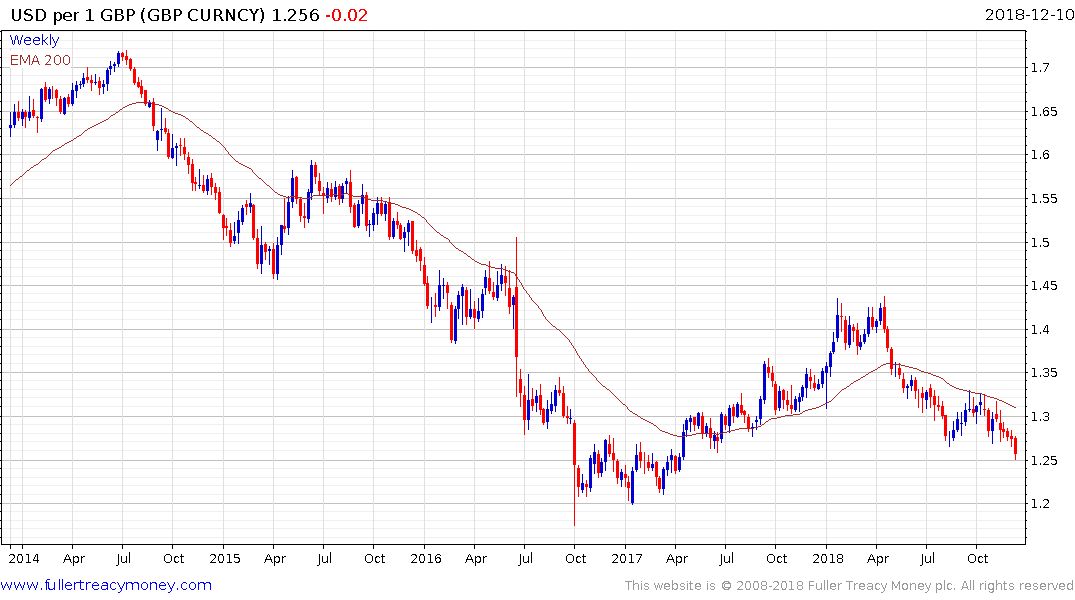 Every time it looks like the UK is going to leave without a deal on how business with the EU will be conducted after the Brexit date, the Pound falls. It broke downwards today against the Dollar and a clear upward dynamic will be required to question potential for additional downside. 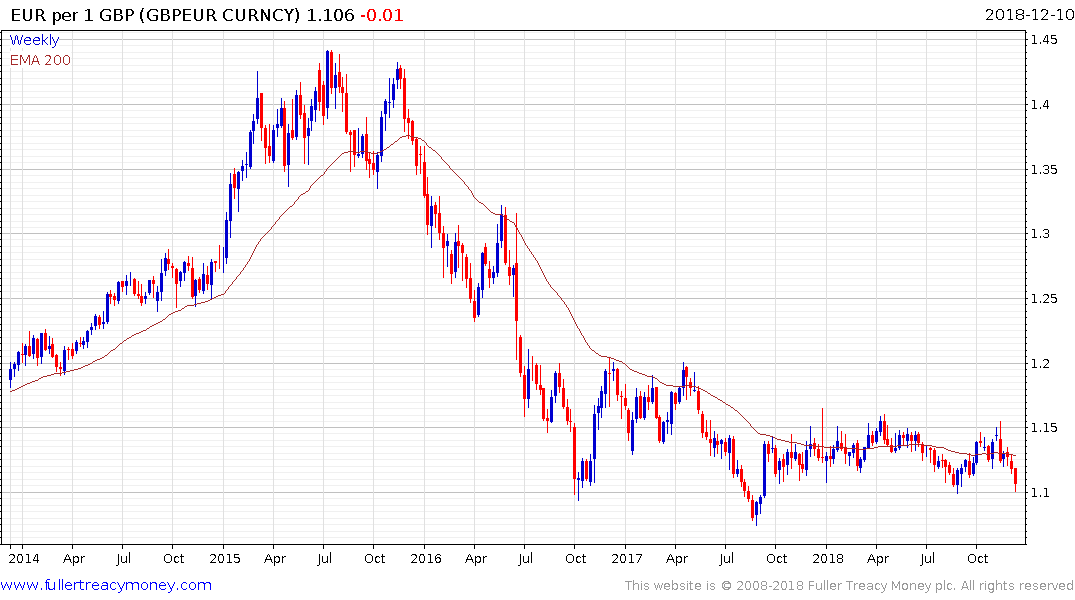 Against the Euro, the Pound is back testing the psychological €1.10 area following today’s rather dramatic decline. It will need to bounce in a manner similar to previous tests of this level in order to signal a return to demand dominance.

I continue to think the most likely scenario is a general election. This Parliament has not delivered upon what they were entrusted to do and a real people’s vote would be to decide whether to hold onto them or not. That at least would force the Labour Party to articulate just what its position with regard to Brexit is. The time for hedging is quickly running out. 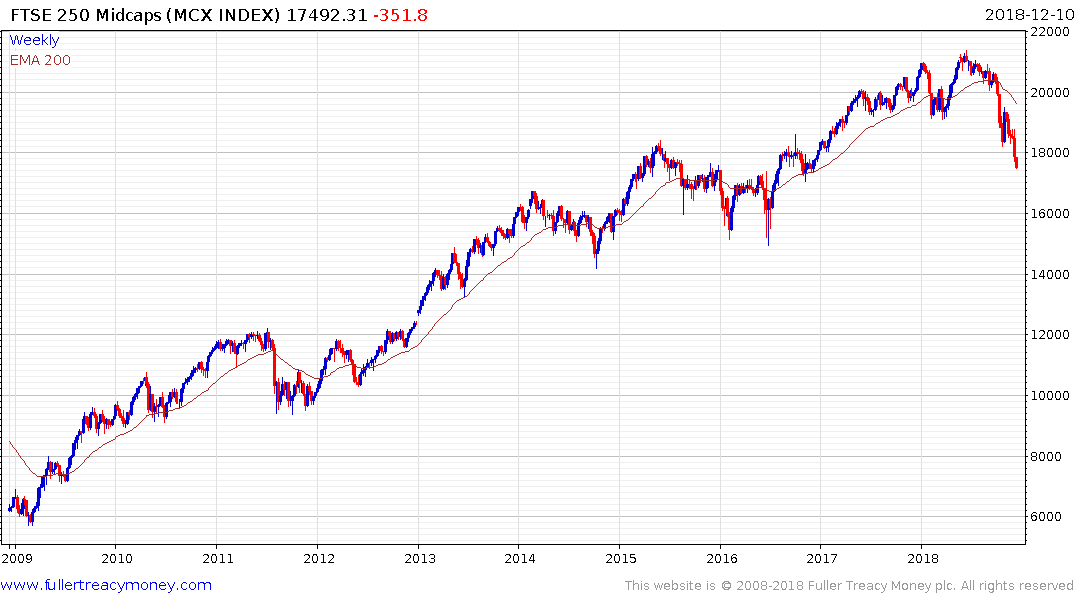 The FTSE-250 Index broke downwards through the psychological 18000 level today. This pullback is more severe than the other choppy periods endured during the advance from 2009 and the benefit of the doubt should be given the downside until of unless the Index sustains a move back above the trend mean.

Let’s for a moment assume the UK is not going to leave the EU with a negotiated settlement. That is going to create a period of disorder and it is reasonable to expect assets prices to fall. The devaluation of the currency will boost the competitiveness of the economy. Quite whether we can expect inflation when asset prices are falling is rather debatable but it would emerge eventually. When the dust settles, the UK will be littered with bargains from a long-term investor’s perspective provided sharply socialist policies are avoided; even better if it becomes the standard bearer for free trade.