The lack of a punchline applies to many of the Facebook controversies since then: the United Kingdom’s Information Commissioner’s Office determined that the only scandal about Cambridge Analytica was the degree to which they oversold their capabilities;

the afore-linked report from the Columbia Journalism Review highlighted how infinitesimal the scale of Russian interference on the platform was, and research shows that “fake news” makes up a fraction of American’s media diet; more recent research about voting fraud argued:

Contrary to the focus of most contemporary work on disinformation, our findings suggest that this highly effective disinformation campaign, with potentially profound effects for both participation in and the legitimacy of the 2020 election, was an elite-driven, mass-media led process. Social media played only a secondary and supportive role.

The power of the editor is at the root of the argument about which media venue carries the most weight in the cacophony of voices seeking attention at major turning points in politics and markets. Social media is a morass with so many voices competing for attention that no one account carries the weight of an established oracle of knowledge. That is where the strength of the winners in the mass media world prosper. They are still seen as the destination for truth. That is particularly true when they run a story taking a contrary angle to what they normally write. 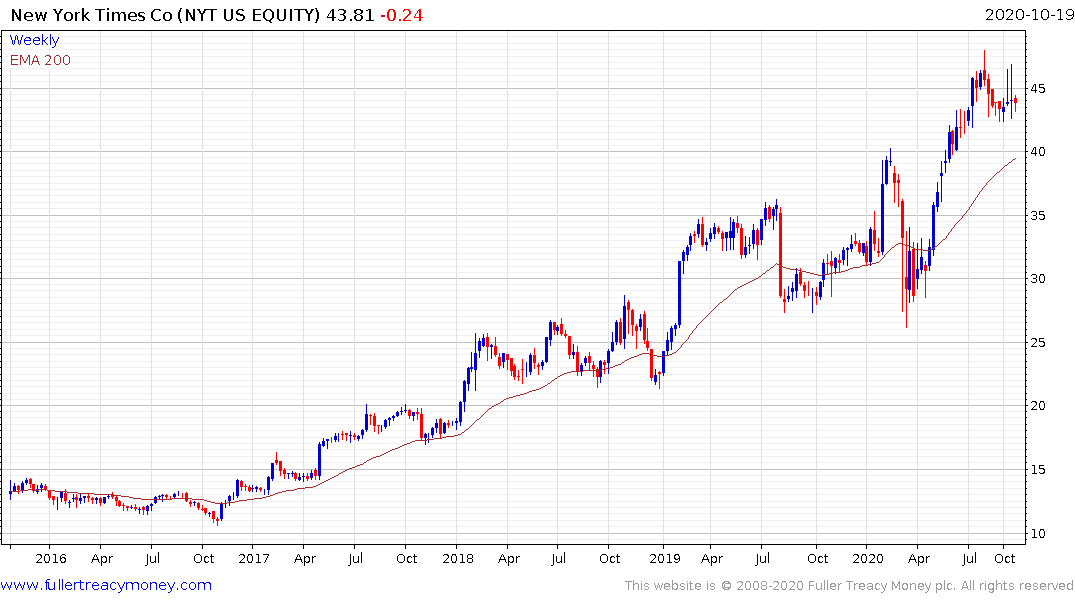 The New York Times, more than any other newspaper, has come to understand the pivotal role it plays in the narrative machine. The share has a lot in common with the trajectory of tech shares because it has mastered the technology necessary to amplify the site’s message. 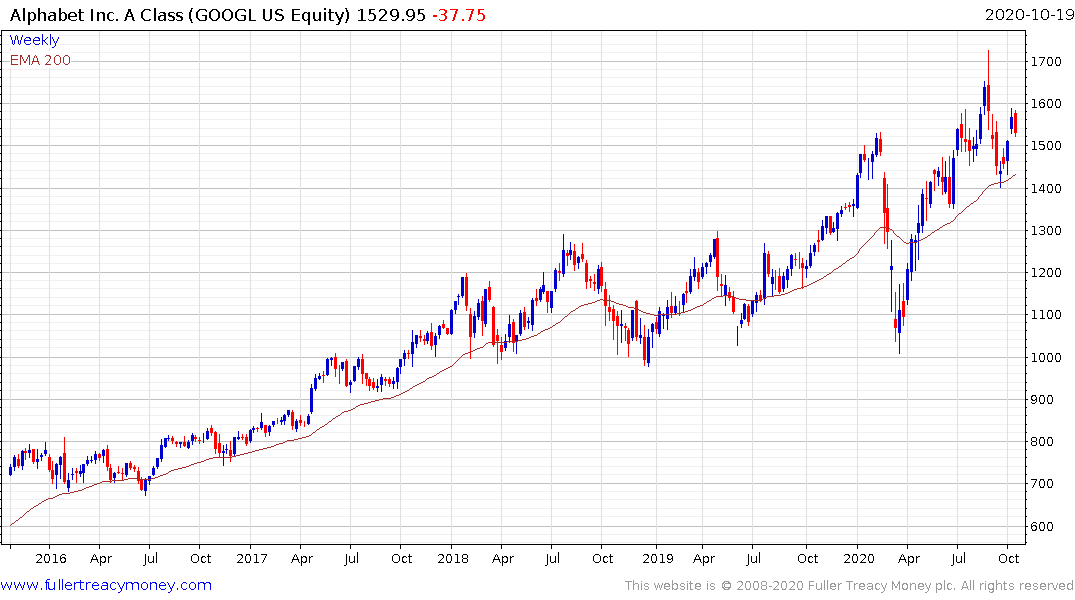 The coverage of the protests and the BLM movement more generally needs to be seen in that context since it has been championed by the New York Times. Moreover, the company itself appears to be above reproach. Afterall, no one is suggesting antitrust measures against newspapers despite their control over the political narrative machine.