China’s ambassador to the U.S. tweeted that “radical protesters” were eroding the rule of law embraced by the #silentmajority of Hong Kongers. The Chinese Mission to the United Nations’ Twitter account asked protesters to “stop the violence, for a better #Hong Kong,” while social media accounts of Chinese embassies in Manila, India and the Maldives shared articles from China’s state media blaming Westerners for disrupting the city. “Separatists in Hong Kong kept in close contact with foreign elements,” one story says above a photo of U.S. Vice President Mike Pence.

“We know China is adept at controlling domestic information, but now they are trying to use Western platforms like Twitter to control the narrative on the international stage,” said Jacob Wallis, a senior analyst at the Australian Strategic Policy Institute’s International Cyber Policy Centre.

It’s unclear if any of these diplomats were set up on the service by Twitter, but the state-backed attempt to discredit Hong Kong protesters continues to reach millions of global Twitter users. In many cases, the Chinese officials are promoting views similar to those in 936 accounts Twitter banned on Monday.

The practice of supporting Chinese officials who use Twitter to spread the Communist Party agenda highlights how difficult it is for the social media company to balance its commitment to root out disinformation and to allow the expression of varying opinions. It also raises concerns around why Twitter is helping Beijing make its case to a global audience when the service is banned in China, where dissenting voices are prohibited and officials sometimes detain users accessing the platform through virtual private networks.

While in China last week my daughter and I tried a number of different apps to see if they worked on public wifi. Facebook, Instagram, Google, Twitter etc do not work. In fact, no English language search works on any browser with any kind of regularity. However, less well-known but popular social media apps like iFunny, Discord and Ameno seem to work fine. TikTok is an interesting case because it has a Chinese version which is completely independent of the English language version following Bytedance’s acquisition of Musically last year. 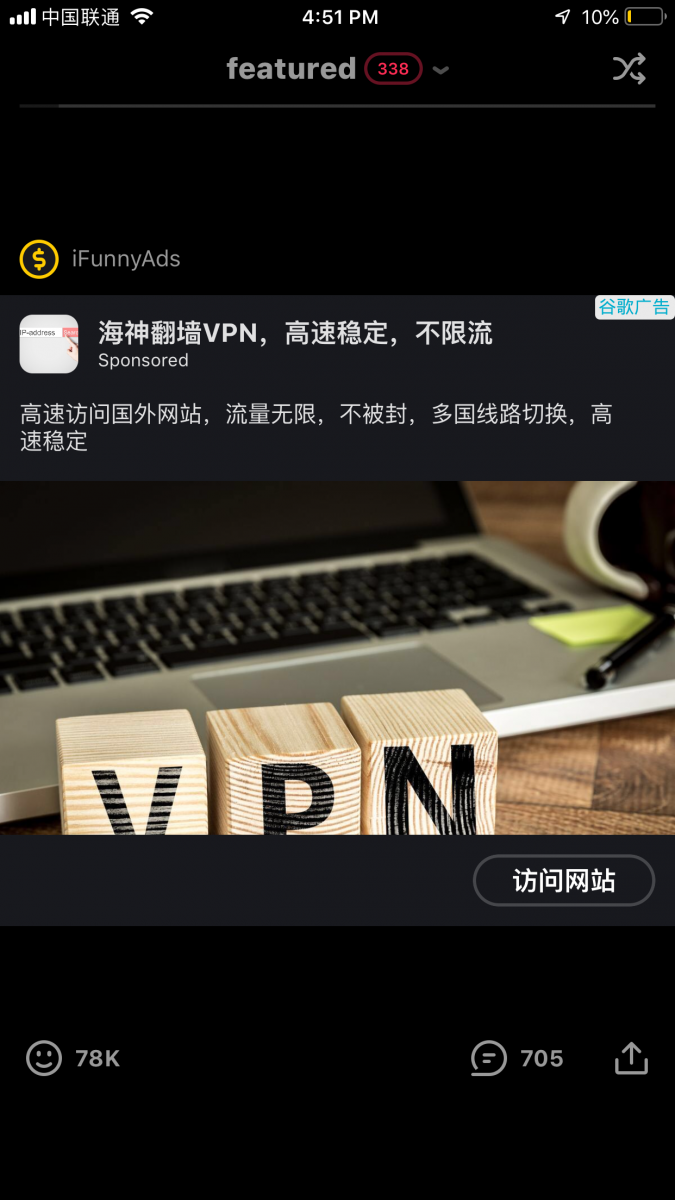 This popped up on iFunny when we were scrolling through. It’s an ad for a VPN, which are, technically at least, illegal in China. However, they are very difficult to police. Our hotel had a VPN installed so that we had unfettered access to the internet for the entirety of our stay. That is an example of how the government looks the other way for foreigners, not least in their efforts to project a soft and cuddly demeanour, but takes a much harder line on domestic dissent.

Two years ago, the hotel we were staying at had its VPN shut off ahead of the Party Congress which highlights the fact they exist with the tacit approval of the government. This is another example of how dangerous it is to draw firm conclusions about the intentions of the Chinese government. We can only judge them by their actions rather than any form of public statement.

That is as true of the disinformation campaign directed at Hong Kong as it is of the constant promotion of the authoritarian economic ideal among western media outlets. Social media companies have been charged with policing their forums which is no small task and virtually impossible to do without irritating someone. However, the fact they are such powerful forums for global public debate is not up for discussion and that is what is helping to drive interest in their shares. 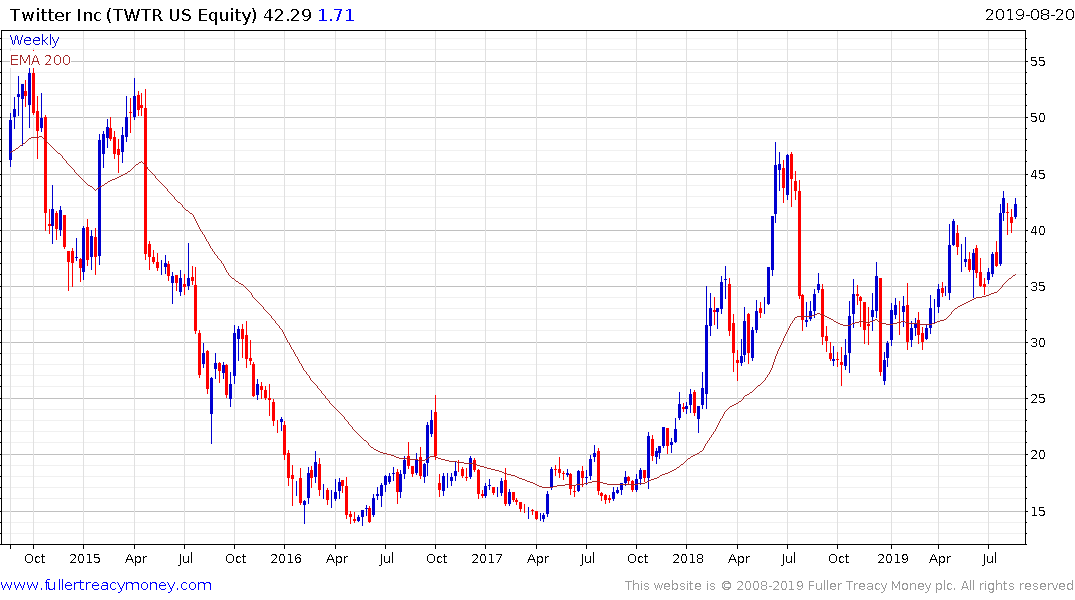 Twitter continues to firm and a sustained move below the trend mean would be required to question medium-term scope for continued upside.