Linking his trade agenda with his Fed criticism in an early morning tweet, he said the two South American countries “have been presiding over a massive devaluation of their currencies, which is not good for our farmers.”

The president’s action amounts to retaliation against two nations that have become alternative suppliers of soybeans and other agricultural products to China, grabbing market share away from the U.S. Rural voters, including farmers, are a key constituency for Trump as he heads into the 2020 presidential elections.

While the steel tariffs could crimp trade, the Latin American countries gain much more shipping crops to Chinese buyers. In the first 10 months of the year, Brazil has shipped $25.5 billion in farm products including soybeans and pork to China. That’s more than 10 times the value of steel and iron product sold to the U.S.

This action is as much about the persistent strength of the Dollar as it is about pandering to farm voters in swing states. The US Dollar has been trending higher against the vast majority of international currencies for the last few years. The growth differential the USA has enjoyed has been one factor in that strength but the Fed’s policy of balance sheet contraction and hiking interest rates was more important. 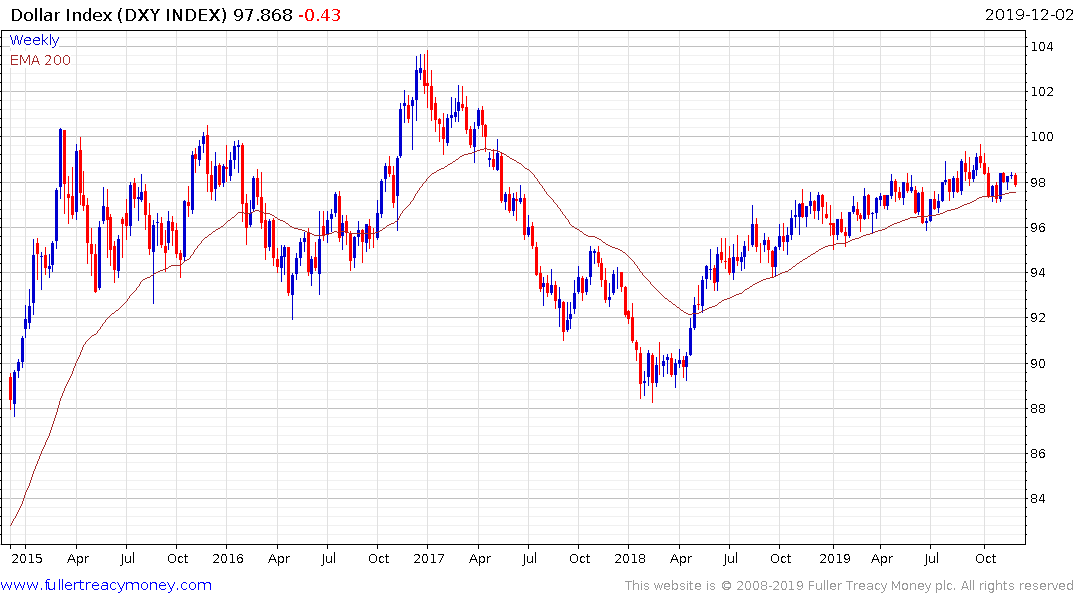 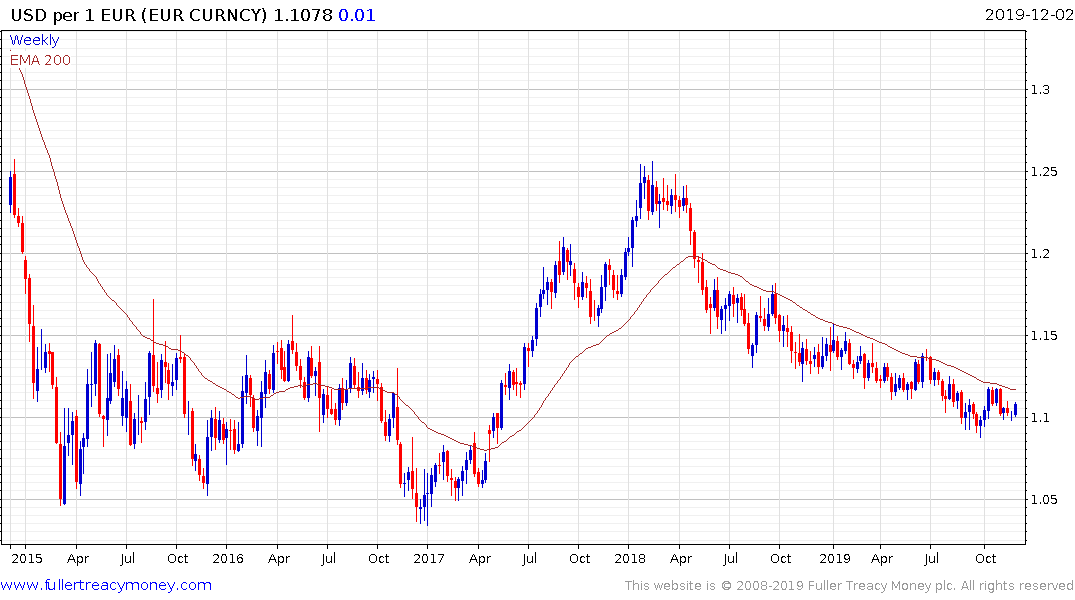 The Fed has now cut rates three times and does not currently expect to cut again but it has also injected more than $300 billion into the money markets in just two months all while the Federal government is spending money like a bunch of drunken sailors. The reasonable question is how long the one-way trade on Dollar strength can persist against that background.

The USA still has a positive interest differential with the EU but the Fed’s new monetary stimulus program dwarfs that of the ECB. The supply inelasticity argument which has supported Dollar bulls over the last few years is now over. Today’s upward dynamic by the Euro suggests a first higher reaction low. The sequence of lower rally highs is still intact but this is the first sign of the demand for the Euro returning to dominance. 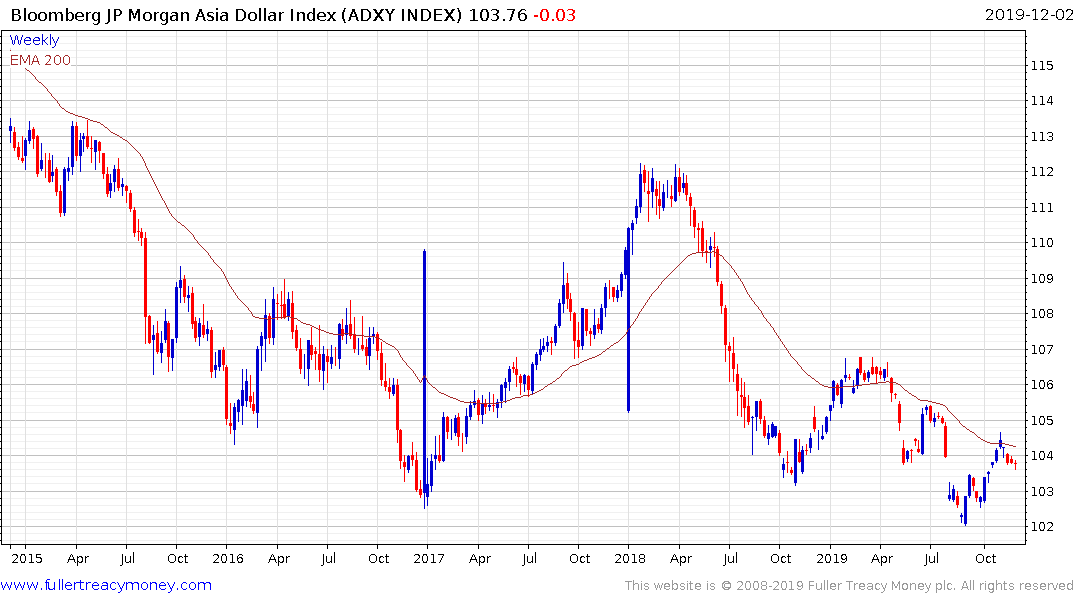 The Asia Dollar Index encountered resistance in the region of the 200-day MA in early November and will need to sustain a move above 105 to question the overall downward bias. 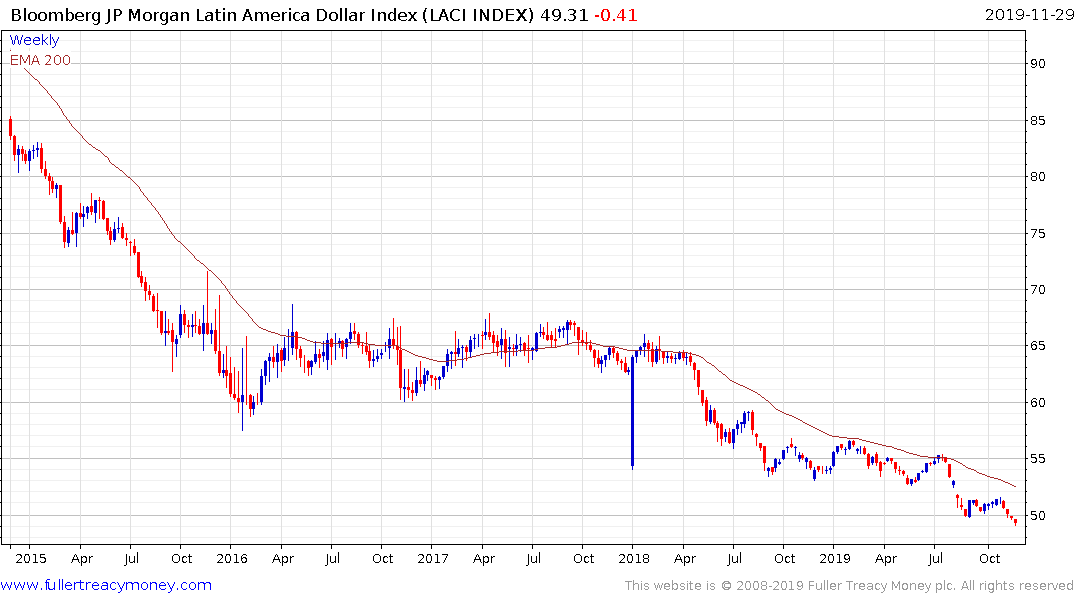 The Latin America Dollar Index is still in a consistent medium-term downtrend but is overextended in the short term. 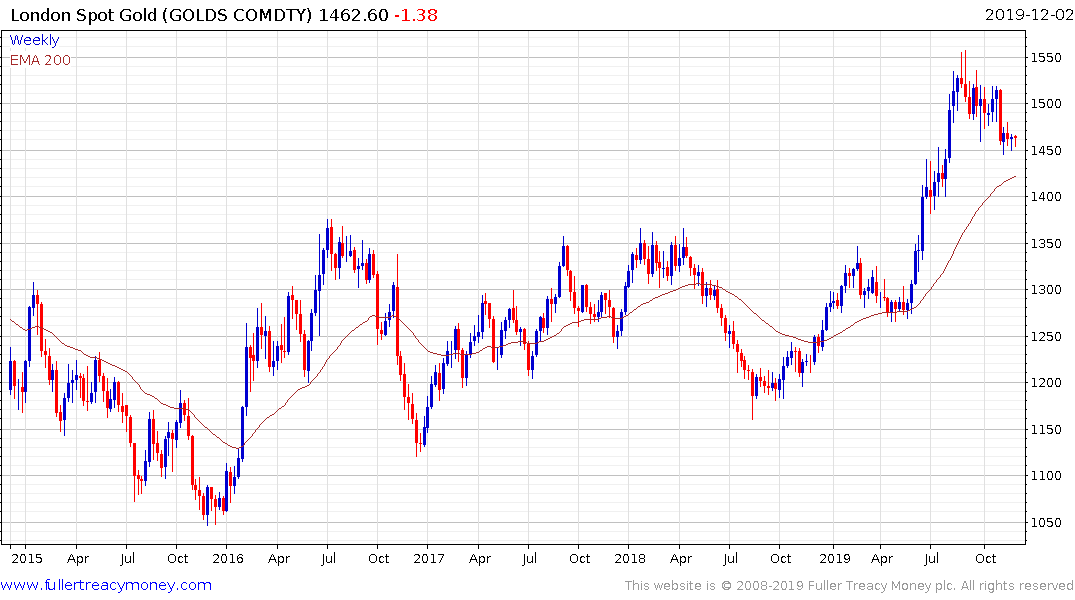 If the strong tailwind for the Dollar is on the cusp of waning that is negative for bonds and positive for gold. 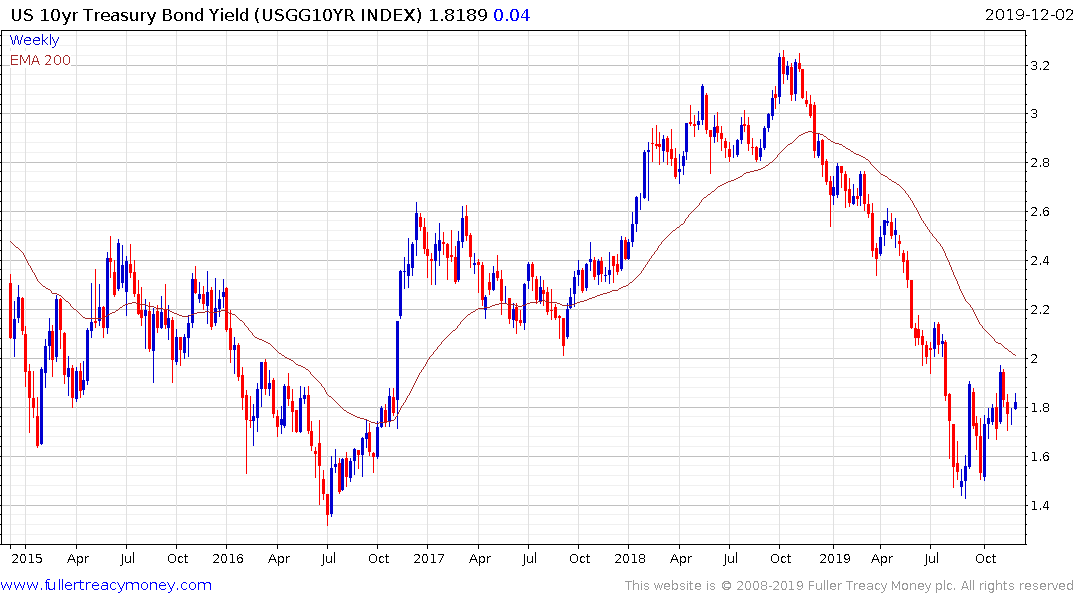 US 10-year Treasury yield continue to bounce from the psychological 1.5% area and gold continues to steady as it puts in a welcome first step above its six-year base formation. 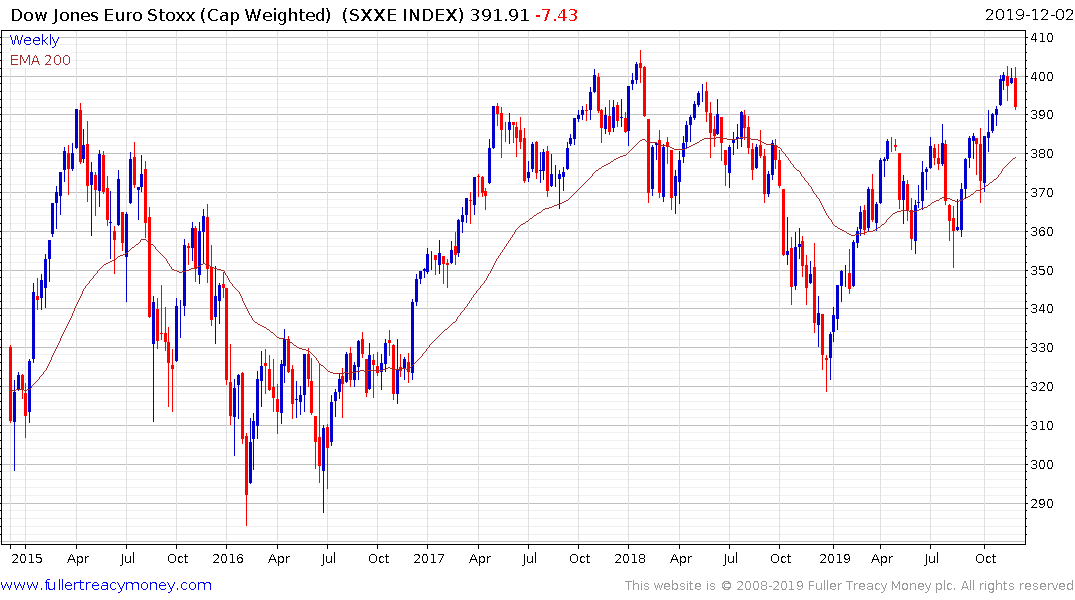 Meanwhile the Euro STOXX Index did not take kindly to Euro strength and pulled back rather sharply from the psychological 400 level to signal a process of consolidation is unfolding.