President Donald Trump told his negotiators to stop talks with Democratic leaders on a fiscal stimulus package, hours after Federal Reserve Chair Jerome Powell’s strongest call yet for greater spending to shore up the economic recovery.

“I have instructed my representatives to stop negotiating until after the election when, immediately after I win, we will pass a major Stimulus Bill that focuses on hardworking Americans and Small Business,” Trump said Tuesday in a tweet.

Stocks tumbled after Trump’s posting effectively called an end to months of hard-fought negotiations between the administration and Congress. Democrats had most recently pushed a $2.2 trillion package that failed to garner Republican support in the House, while the White House had endorsed $1.6 trillion.

This decision clearly amps up the brinksmanship between the USA’s opposing political parties. It also lays a stark choice at the feet of American voters. If they vote for divided government, they can look forward to at least two more years of messy negotiations on economic stimulus. The Trump administration has obviously concluded they have nothing to gain by agreeing to bailouts for bankrupt states even if that is going to force municipals to raise taxes.

On the other hand, both parties are likely to take the opportunity of a clean sweep of both the House of Representative and Senate to push through substantial spending measures. The only real difference is likely to be the focus of the spending and the timing of the announcements. 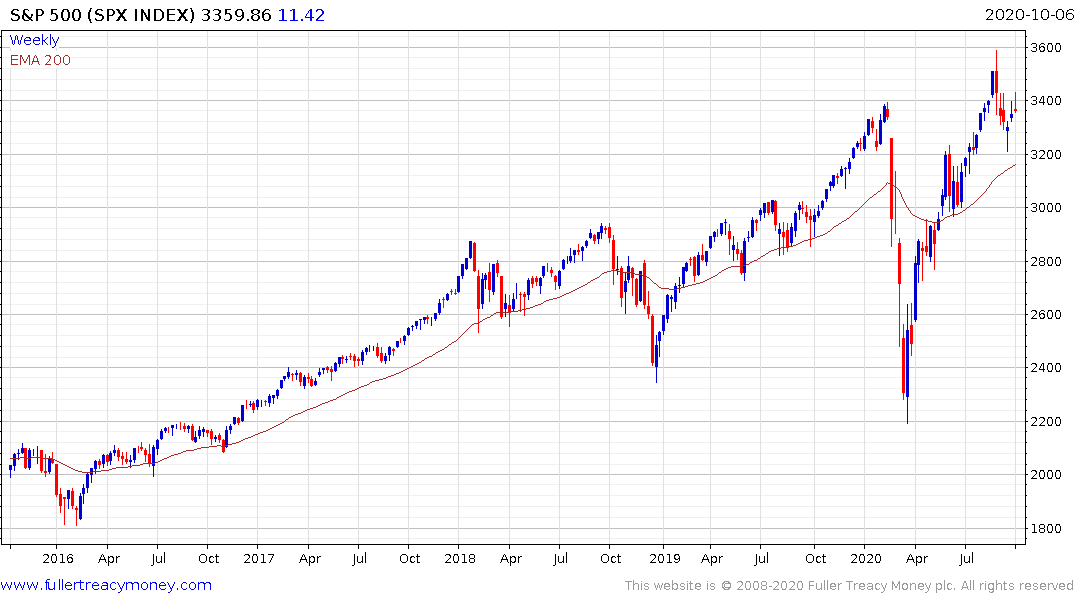 The stock market reversed an earlier advance to close on the low of the day but it was not down in an especially dynamic manner. Nevertheless, this announcement is likely a catalyst for some additional weakness and raises potential for an additional retest of the region of the trend mean. 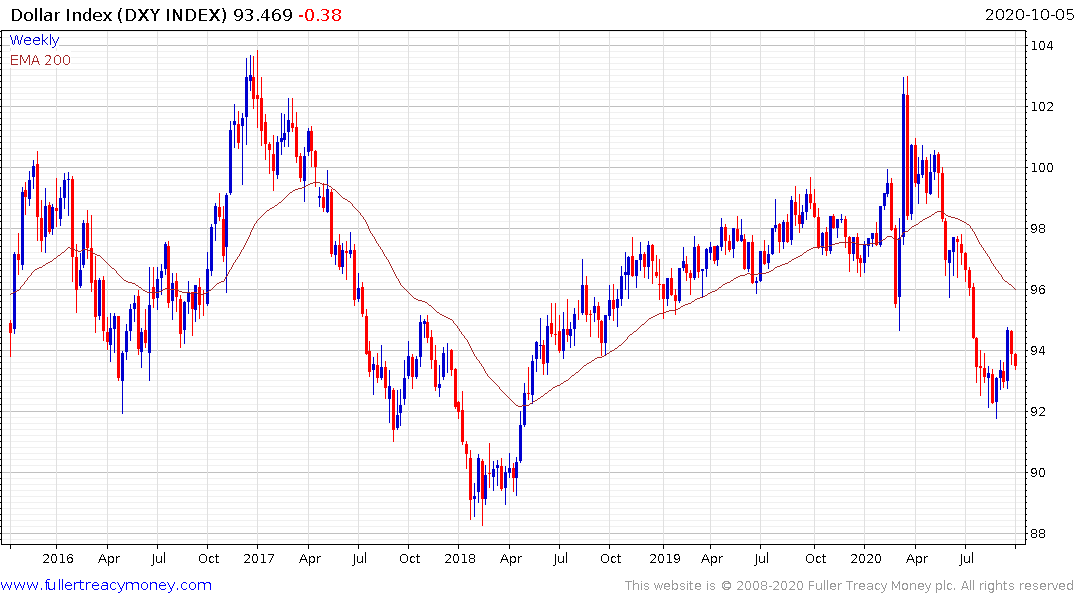 The Dollar Index found support today in the region of the upper side of the underlying short-term range.