Hospitals are likely to cry bloody murder over this proposal and argue it will lead to service cuts. You likely won't hear a peep from drugmakers, though. These are very low-margin sales, and pharma firms have complained for years about what they say is abuse of the program and the extension of 340B discounts to patients and hospitals they don't think should be eligible. If the CMS change means more sales go to higher-margin areas of the market, then pharma will profit. This move suggests any future 340B and CMS reforms may be pharma-friendly. And any approach that favors drugmakers over hospitals that serve the poor says a lot about the administration's priorities.  The president's last public attack on drug prices was months ago. Pricing has apparently faded as a policy priority since the campaign. His administration's actions make that even more clear. Changes to 340B were just one reported aspect of a draft executive order on drug pricing that reads more like a pharma wish list than a plan to restrain price growth.

The election campaign played havoc with emerging biotech stocks in particular as they were singled out by politicians for their high pricing. However, what was lost in the debate is that developing drugs for small numbers of patients is expensive. It is not quite the same thing as hiking prices for long established drugs that are designed to treat common ailments.

The whole system of basing what hospitals pay on an average price only gives pharmaceutical companies an incentive to ensure the average price is high. For those wondering why drugs cost so much in the USA, relative to everywhere else, that has to be one of the primary reasons. 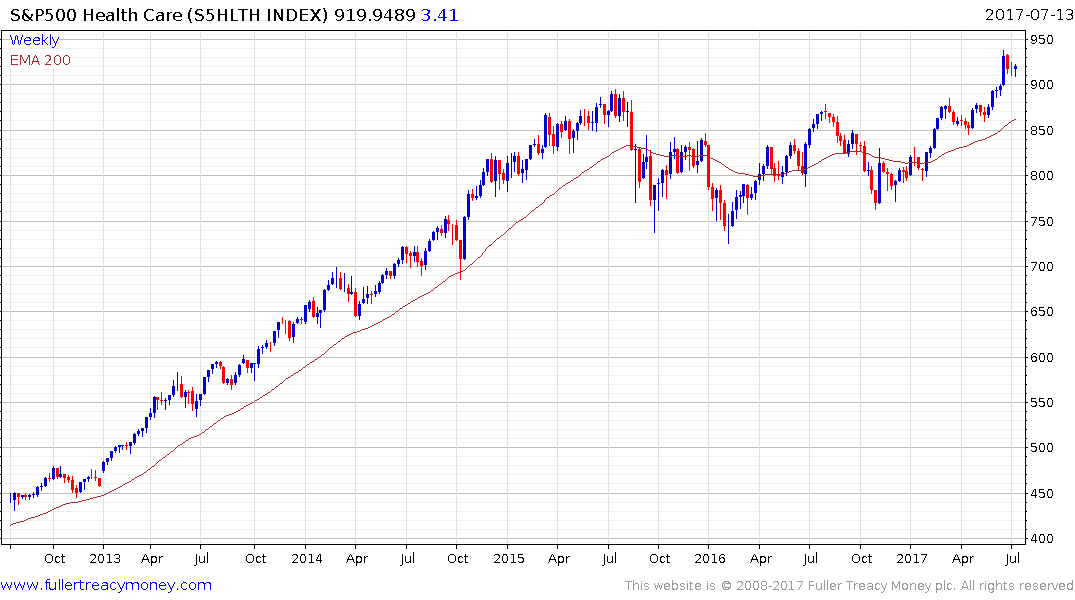 The S&P500 Healthcare Index broke up out of a range in June and continues to firm from the 900 level. A sustained move below the trend mean would be required to question potential for additional upside. 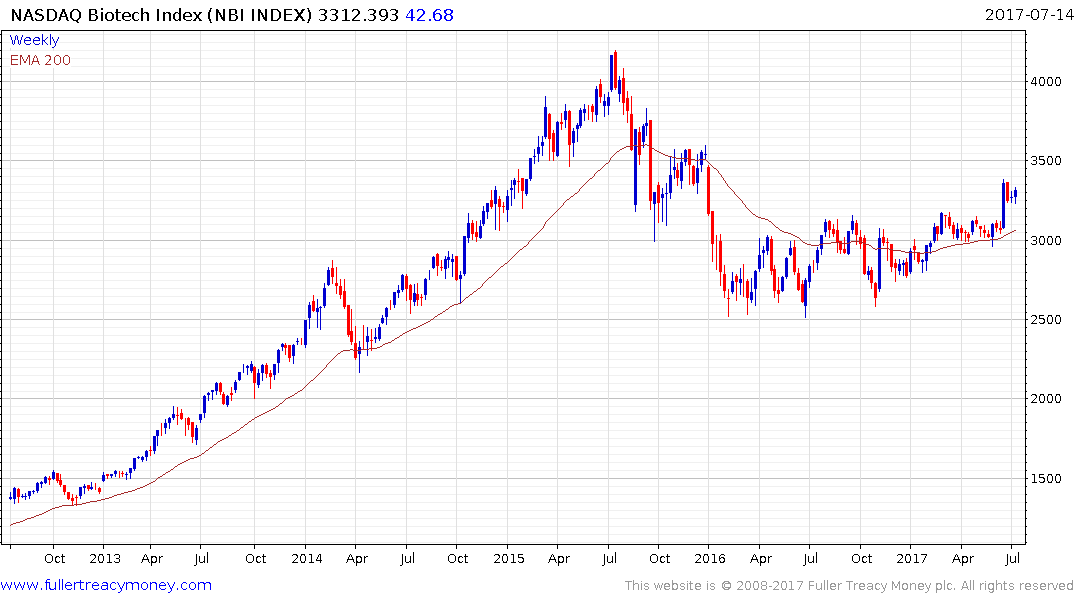 The Nasdaq Biotech Index experienced an explosive breakout three weeks ago and has paused since. A sustained move below 3000 would be required to question medium-term recovery potential.

The return to outperformance for these sectors suggests the investment community has concluded the threat to their business models has abated.