President Donald Trump said he is open to letting a March 1 deadline to raise tariffs on Chinese products pass without penalty if the two sides are near an agreement, sending a conciliatory signal as talks to resolve a trade war between countries continue.

“If we’re close to a deal where we think we can make a real deal and it’s going to get done, I could see myself letting that slide for a little while,” Trump said to reporters during a cabinet meeting on Tuesday. “But generally speaking I’m not inclined” to delay raising tariffs, he added.

Negotiators from the world’s two largest economies began their latest round of talks this week ahead of the March 1 deadline for additional U.S. tariffs on Chinese goods. Trump has threatened to more than double the rate of tariffs on $200 billion in Chinese imports.

It would really be bad form to introduce new tariffs while productive discussions are still ongoing so it is quite likely the March 1st deadline will be exceeded. That does not guarantee a deal will be struck but it is in the interests of both parties to make some form of agreement. What is almost certain is there will be an agreement to hold further talks. 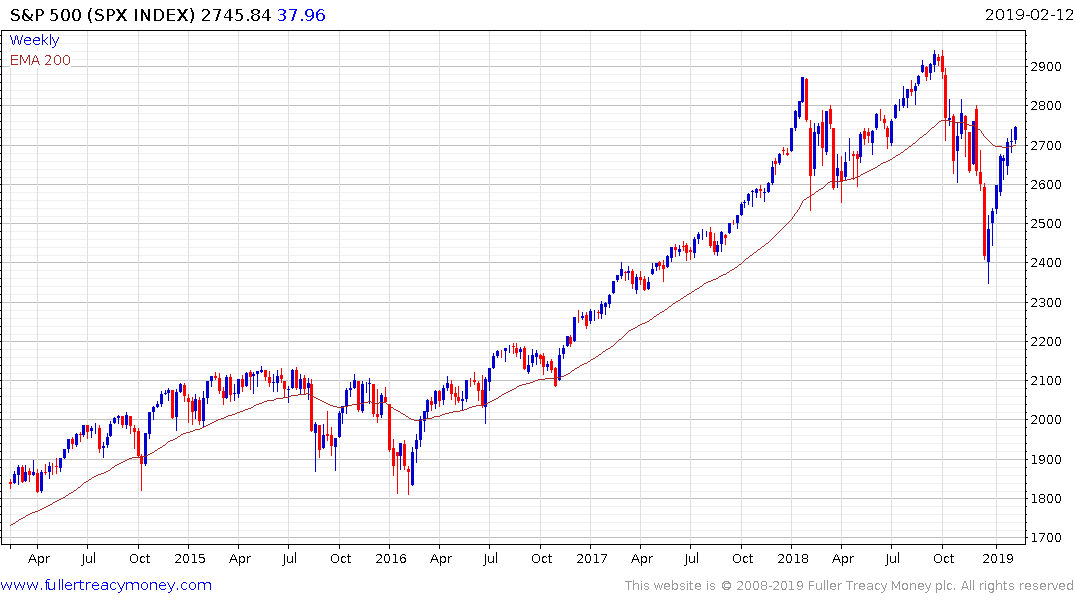 The S&P500 broke out to new recovery highs today as it marches back to test the region November peak near 2800. The further it rallies the more room it will have to consolidate above the trend mean which would be about the best of all possible scenarios. 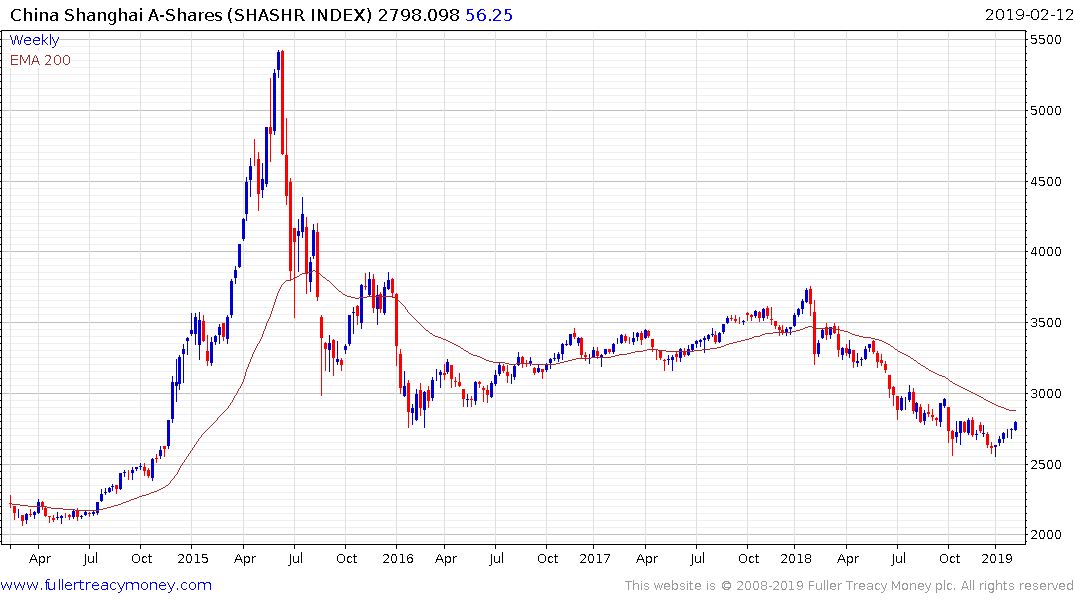 The Shanghai A-Share Index is testing the upper side of a four-month range as it continues to unwind its overextension relative to the trend mean. A sustained move above 2900 would begin to add credence to an argument recovery is underway. 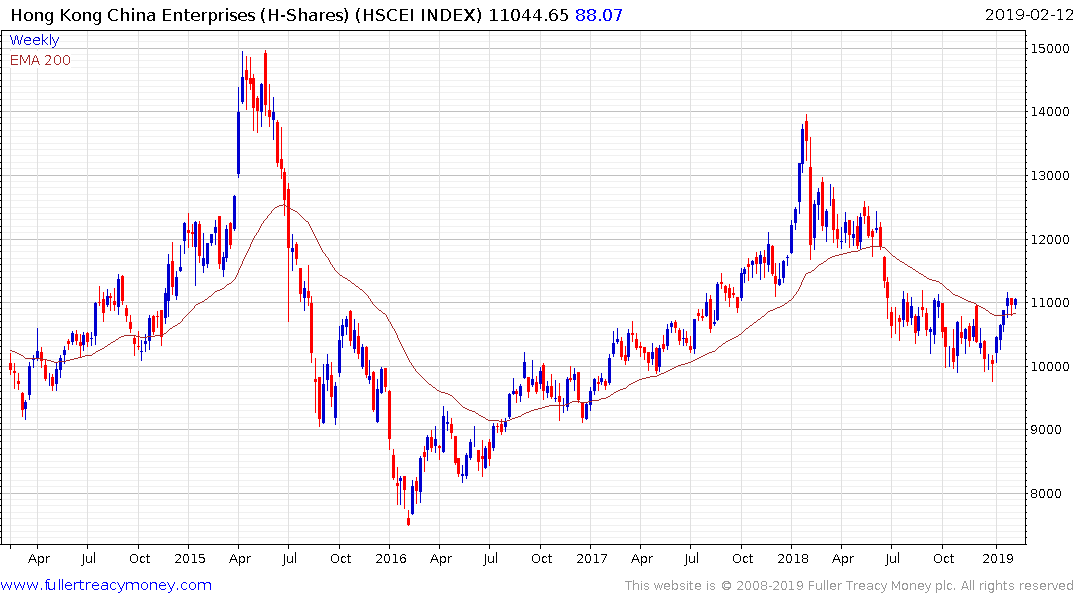 The fact the Hang Seng China Enterprises Index is trading back above its trend mean is a positive sign the Chinese market is turning.