Trump Is Looking for Quick Fix in Japan Talks, Abe Ally Says
Comment of the Day

Abe and Trump agreed to open limited bilateral trade talks. Japan had resisted U.S. efforts at a more comprehensive bilateral trade deal, saying it preferred that the U.S. return to the TPP.

The two leaders agreed to work to increase car production and auto-related jobs in the U.S., and that Japan wouldn’t be pressed to offer better access to its agricultural markets than it did under the original TPP. Trump also agreed not to place tariffs on imports of Japanese cars while the talks are taking place. The talks, limited to trade in goods, are aimed at seeking to "produce early achievements," according to a joint statement released by the White House.

Amari also said Trump’s focus on selling autos in Japan is misplaced, noting that Japan does not levy tariffs on auto imports, unlike the U.S. He said Japanese consumers simply don’t want American cars, making talks on the subject "pointless."

As Trump takes on China’s trade practices, it’s still possible that he brings the U.S. back to the TPP, given that it addresses many of the U.S. concerns -- such intellectual property theft, forced technology transfers and state-owned enterprises, Amari said.

The Japanese market has been outperforming its developed market peers over the last couple of weeks as the Nikkei-225 broke upwards from its range between the trend mean and 23000 that persisted between May and September.

The Bank of Japan’s continued commitment to quantitative easing, the relative strength of the Japanese economy and Abe’s reconfirmation as head of the LDP have all contributed to that performance. 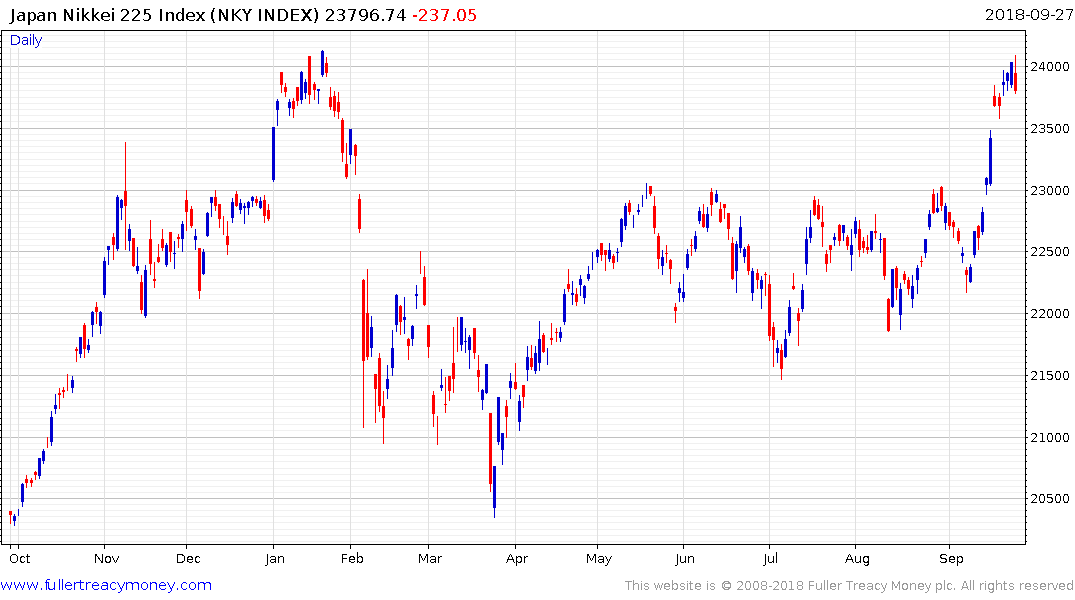 The Index posted a downside key reversal today suggesting near-term resistance in the region of the January peak. A pause to unwind the short-term overbought condition now looks likely. 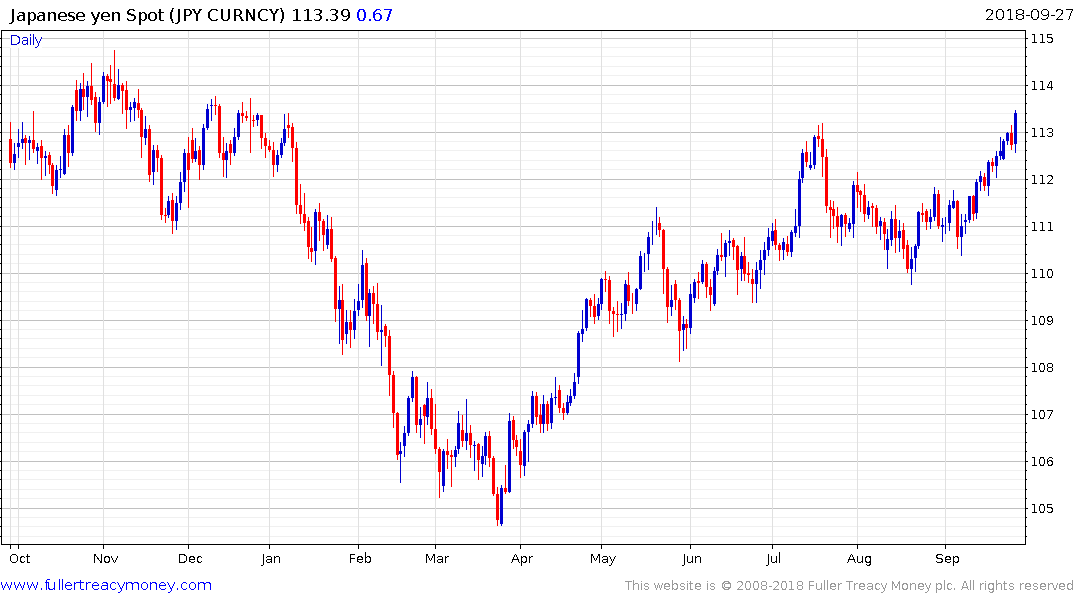 Meanwhile the Dollar broke upwards to new recovery highs against the Yen today; confirming more than near-term support in the region of the trend mean. Additional Yen weakness should act as a tailwind to nominal equity prices.