The proposal also would be an interim deal, which would freeze the conflict, rather than bring a final resolution to a trade war that has cast a shadow over the global economy. U.S. stocks advanced on the news.

The plan reflects concerns within the White House over the recent escalation in tariffs and their economic impact on the U.S. going into an election year. Polls show the trade war is not popular with many voters and farmers are increasingly angry over depressed commodity prices.

The one thing any politician wants is to win re-election to prove that the first victory was not a mistake and to cement their legacy as a winner. If the USA enters a recession ahead of the election that greatly endangers President Trump’s re-election chances. The market has already reached that conclusion which is one of the primary reasons stocks have remained within striking distance of all-time highs over the summer. 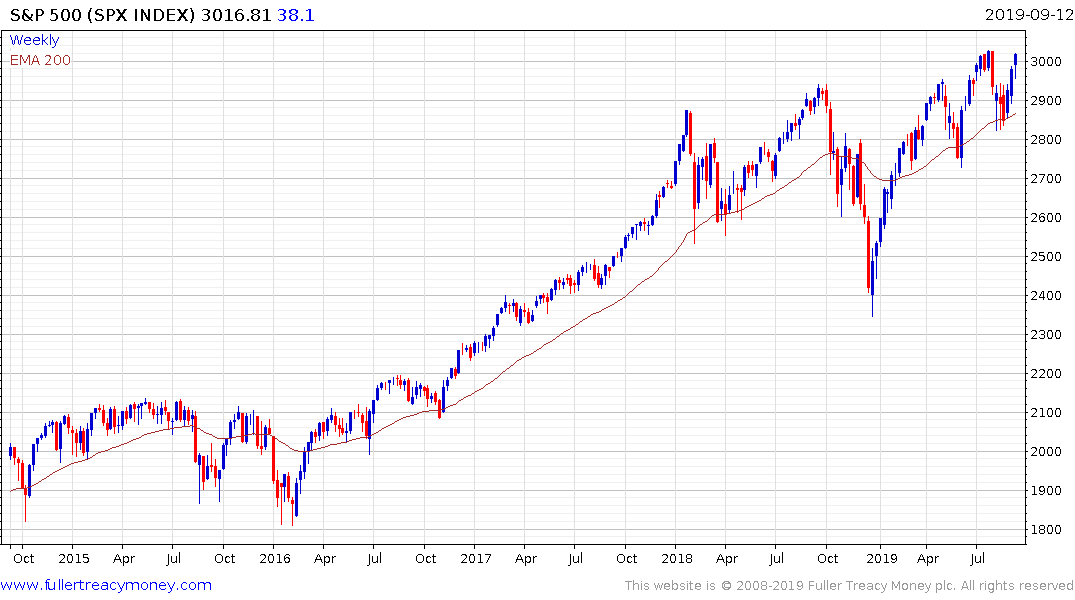 With only 14 months to decision day for US voters now is the time to remove headwinds to growth. The media continues to report every utterance as if what President Trump is new. Every president attempts to prime the pump before an election that is where the US Presidential Cycle originated in the first place. The unspoken agreement between the government and Fed is that monetary policy will not be overly tight heading into an election.

So far this appears to be a classic re-run of the cycle with a growth scare in the first half of the third year and a breakout to new highs in the second half of the year which leads to a strong performance into the end of the year. The fourth year is usually the best performer of theand if this cycle continues to follow the usual pattern that is supportive of my bubble hypothesis.