The move started in Australia, where bond futures fell heading into the market’s close to put modest pressure on Treasuries. At around the same time, there was a block sale of 10-year ultra bond futures, followed by a buyer of downside put options -- the hedging of which tends to weigh on the market. The three combined to tip 10-year Treasury futures through Thursday’s session low, which unleashed the wave of selling.

As many as 20,000 contracts changed hands in the next five minutes, the largest activity of the day. The speed and severity of the move left many traders perplexed, with volumes in the cash market comparatively modest.

The moves there were most pronounced in the benchmark 10-year tenor, with the yield curve steepening as two-year rates only rose as much as two basis points. European bonds followed Treasuries, with U.K. 10-year yields up five basis points to 0.79%.

Macro traders make money by sniffing out logical inconsistencies and pushing them until they break. George Soros and his ilk pressuring the Pound’s ERM fix is one such notable example so are the small number of traders that correctly called the demise of the subprime markets.

These kinds of contrarian bets are aided by the fact that crowds thrive on contradiction. The biggest bull markets inevitably breed the biggest contradictions because outlandish forecasts are required to justify buying at extraordinary highs.

Everyone is familiar with the contradictions from past manias like when the Imperial Palace in Tokyo was worth more than the entire state of California or during the late 1990s when earnings didn’t matter. These kinds of contradictions are evidence of mania but are not timing tools.

The fact that governments were able to increase debt to GDP levels during the pandemic with the expectation of no ill effects is also a contradiction. Increases in the monetary aggregates on that scale is inevitably going to cause leakage somewhere. 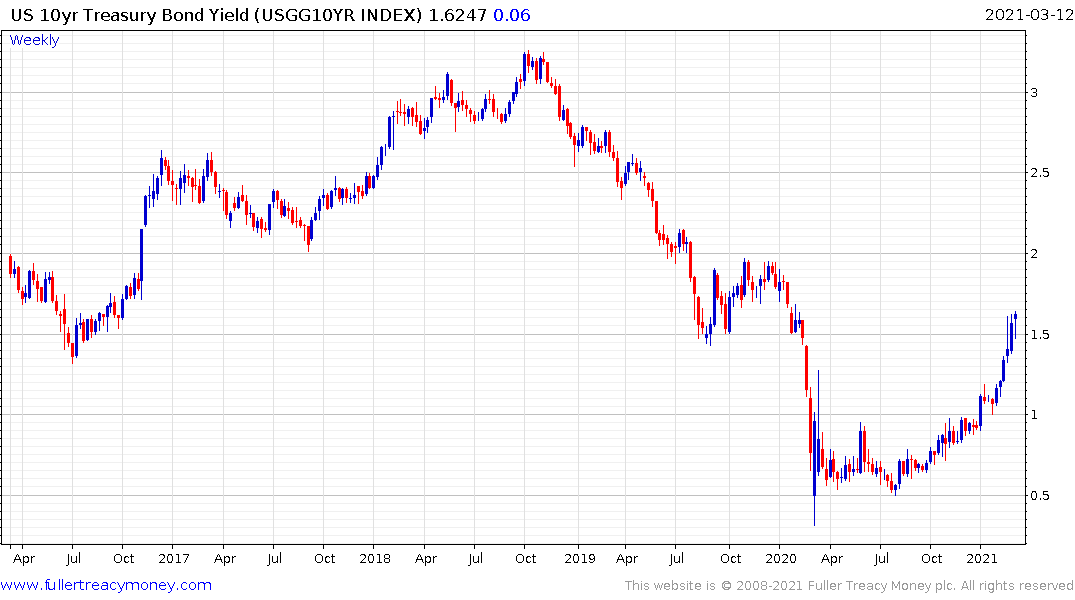 10-year Treasury yields continue to trend higher and broke out to new highs again today. The Fed is not currently planning to absorb the full issuance of the Treasury this quarter. That means the government is relying on investors to purchase the debt. 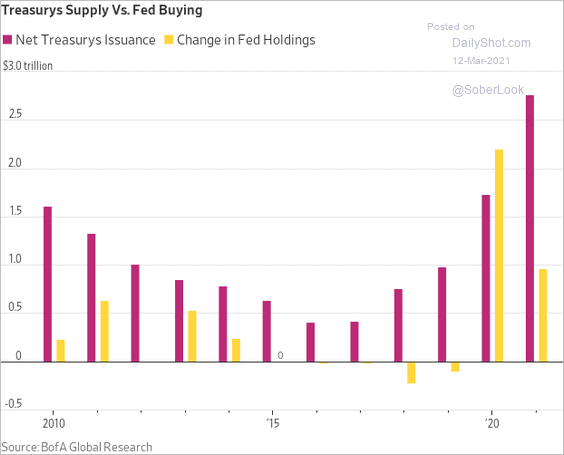 It’s in the interests of traders to get the best possible price. The logical course of action is to short the bonds to such an extent that the Fed will be forced to intervene and put in a floor. At that point the higher yield and incentive to buy the dip would reverse the trade.

Any sign of speculative frenzy is when analysts compete for the most bullish forecast. This practise went into overdrive when Cathie Wood’s hyper-bullish forecast for Tesla proved to be correct. Now, every analyst has no choice but to come out with their own way above consensus forecast. Without one, they will not have an audience.

I saw these two headlines today.

Tesla May be Valued Around $3 Trillion by 2030, New Street Says
Apple Could Reach a $3 Trillion Market Valuation, Analysts Say 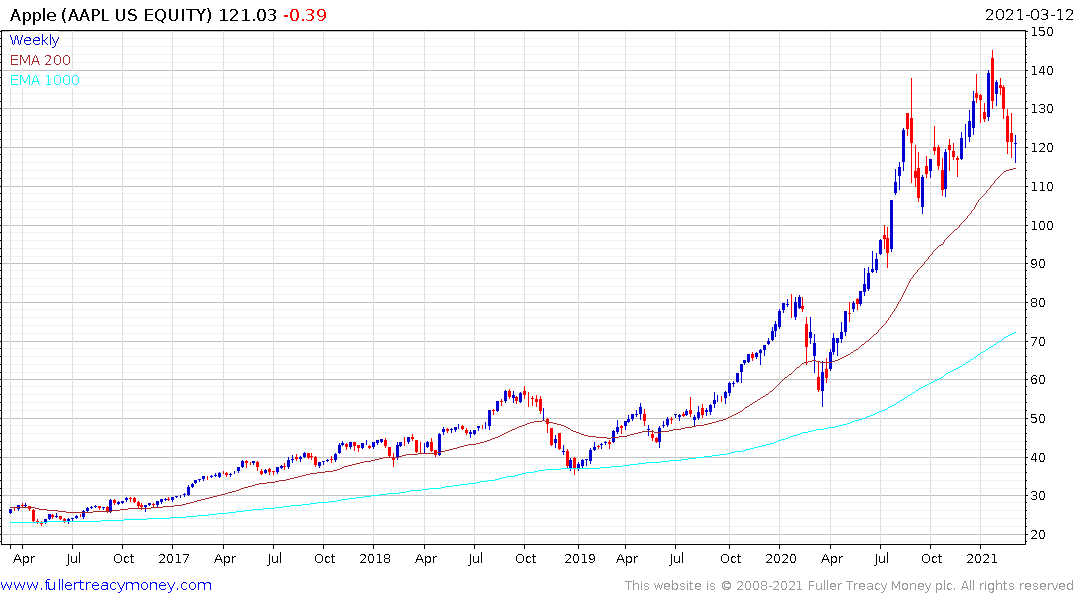 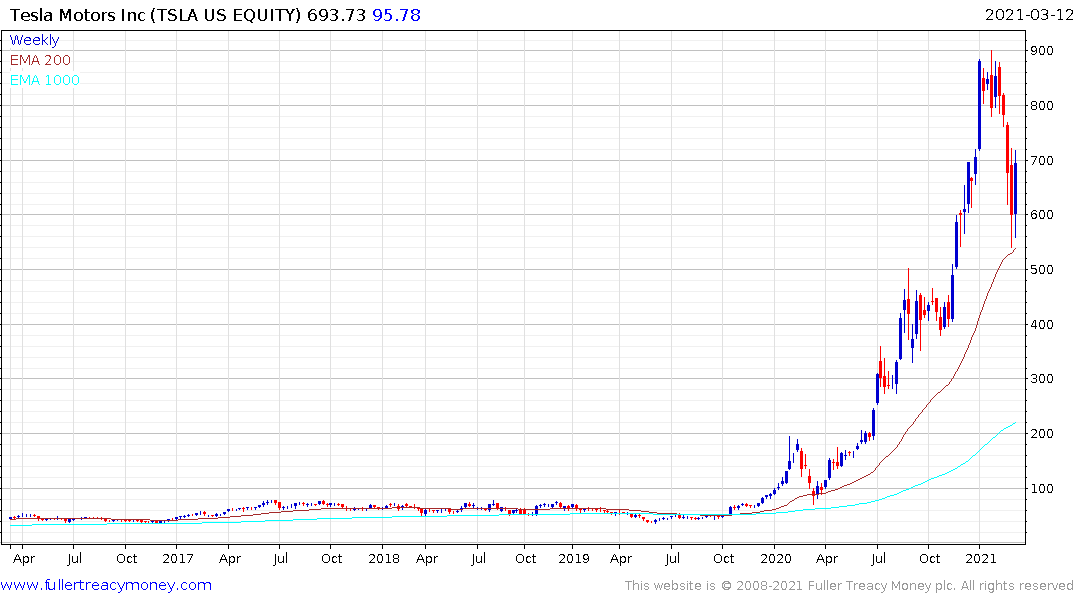 The first conclusion we can draw is this optimism is usually reserved for people are already owners of the stocks. The people most liable to rely on these forecasts are new buyers because they need to believe it is still early in order to make the buying decision.

The next conclusion is that an unholy quantity of additional money printing will be required to inflate Apple by an additional 50% or Tesla by 300%.

What is perhaps most relevant is both these shares are underperforming at present. Both have steadied in the region of their respective trend means and are unlikely to resume positions of outperformance at least until there is some surety on the supply of additional liquidity.