The difference in yields between five- and 30-year securities increased to about 175 basis points, or 1.75 percentage points, as investors bet moderate growth will prompt the central bank to stick with forecasts for increases next year. Benchmark 10-year notes were little changed before today’s auction of $24 billion of the securities.

?“The Fed is going to remain in the game for now,” said Sean Simko, a money manager who oversees $8 billion at SEI Investments Co. in Oaks, Pennsylvania. “It keeps Treasuries in the range it’s in. She has alluded to the economy making strides. We still need to remain patient.”

The term “high degree” when referring to monetary accommodation is sufficiently opaque to allow the Fed plenty of wiggle room as it tapers quantitative easing while allowing its balance sheet to continue to expand. Against this background, it is worth remembering that one of the reasons the Fed has felt able to taper is because the government’s deficit has been shrinking which has resulted in fewer Treasuries being issued. As a result there have been fewer bonds to buy.

The Fed has a dominant position in a number of Treasury issues as well as in the mortgage bond markets. As interest rates have fallen convexity has not been an issue for bond investors but this is unlikely to remain the case. (Here is a definition of convexity).  During Ben Bernanke’s tenure as Fed chairman he was quoted as envisaging holding a number of longer-dated bonds to maturity which further emphasises that the size of the Fed’s balance sheet is likely to remain large for the foreseeable future. 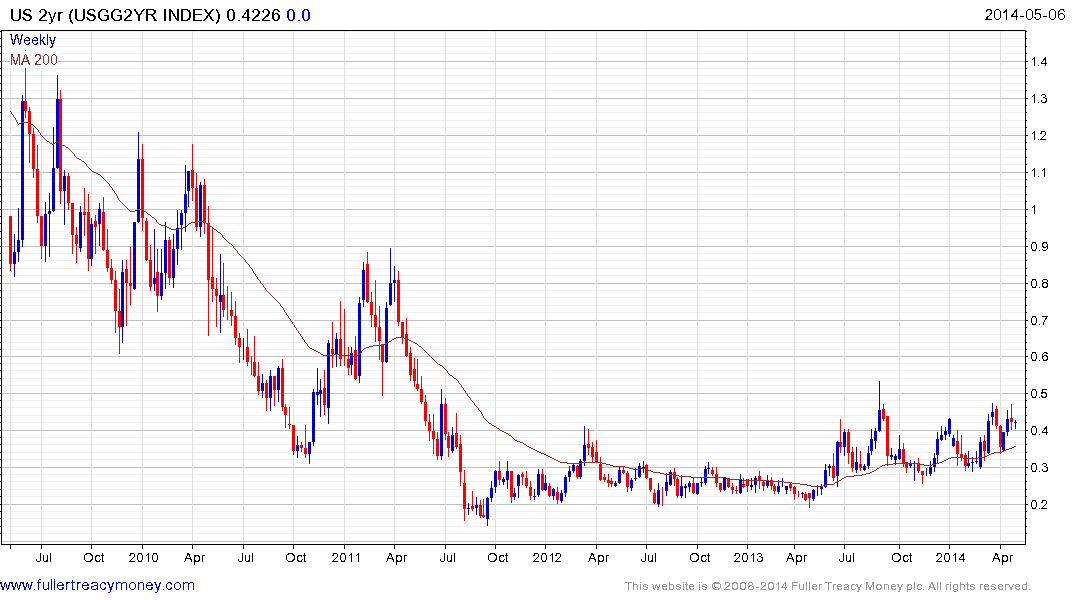 Investors have begun to price in a very gradual pace of interest rate increases possibly beginning next year. 2-year yields have been forming a first step above their base for nearly a year and are currently trading towards the upper boundary. At the other side of the curve 30-year yields have pulled back sharply since the beginning of the year and are coming back into a potential area of support near 3.25%. 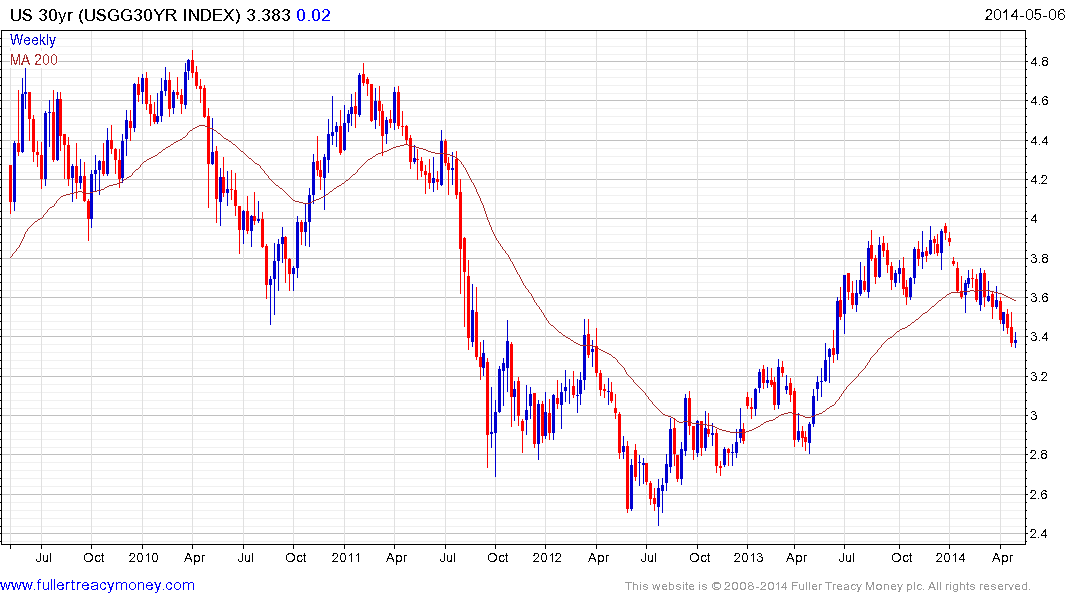 Following last year’s strong stock market performance and a generally improving economic situation, investors may have reasoned that the yield curve will begin to flatten. The iPath US Treasury Flattener ETN appreciates when the spread between the 2-year and the 10-year contracts and has been mostly rangebound for the last year. A break above 58 would suggest more than temporary yield curve flattening. 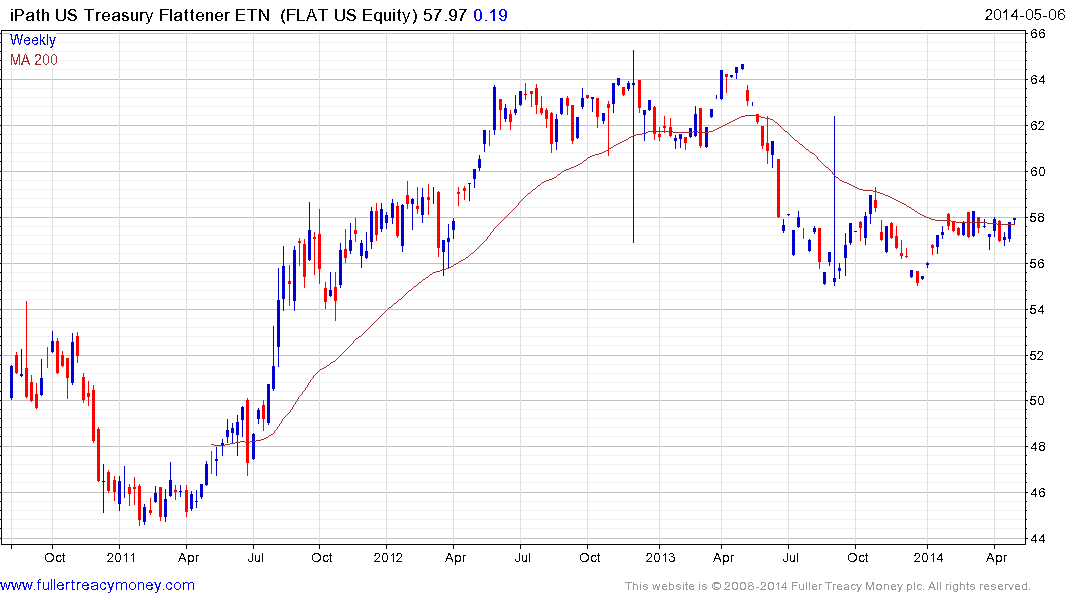