Afterward they issued a joint statement saying they had identified the potential for a route to an agreement during the course of a “detailed and constructive discussion.”

Both leaders “continue to believe that a deal is in everybody’s interest,” they said in the statement. “They agreed that they could see a pathway to a possible deal.”

Boris Johnson has every incentive to make a deal since he gets to blame Theresa May for any of the unsavoury bits which are lumped in get it over the line. Meanwhile, he has to hold fast to his exit deadline to lend urgency to the negotiations. Every time optimism about a successful resolution improves the Pound rallies. 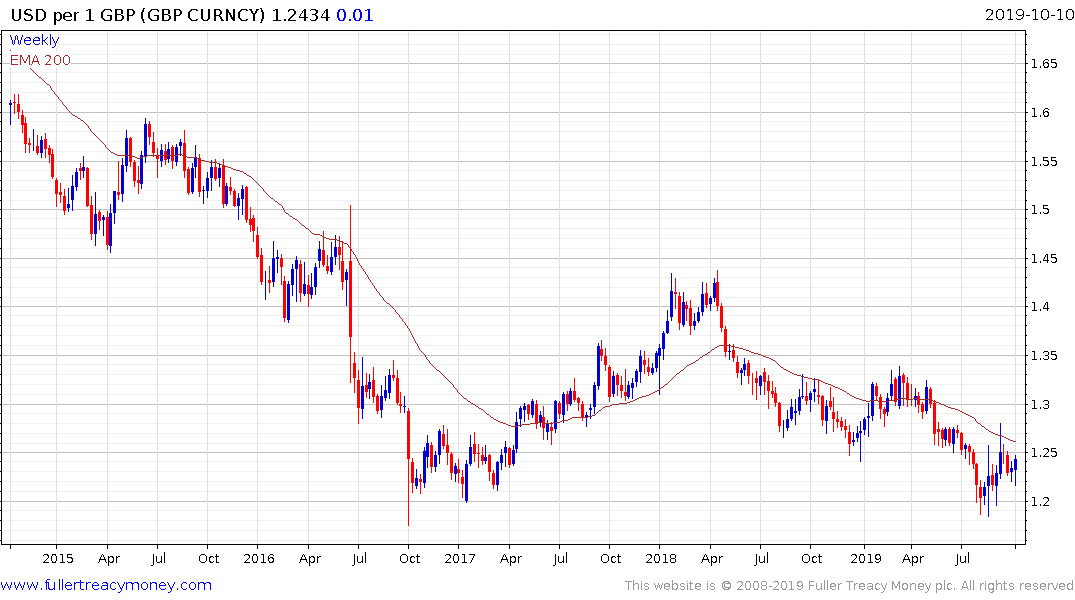 Today’s upward dynamic suggests we now have a higher reaction lows for the Pound versus the Dollar. Upside follow through would confirm that view. 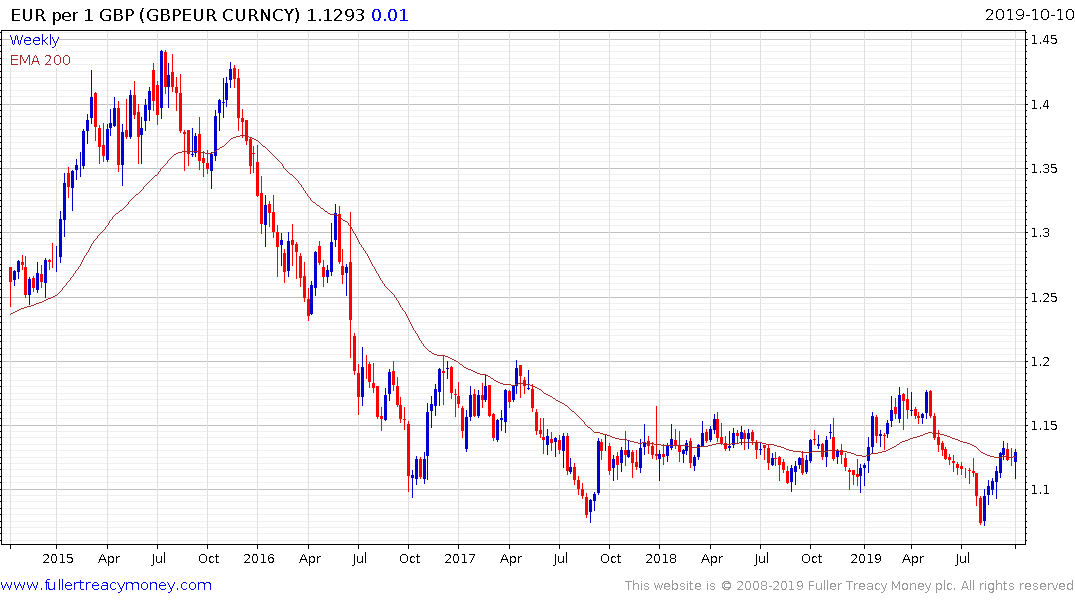 Against the Euro, the Pound posted a large upside key reversal. This follows the failed break below €1.08 and suggests a run back towards the upper side of the evolving 3-year base remains on track. 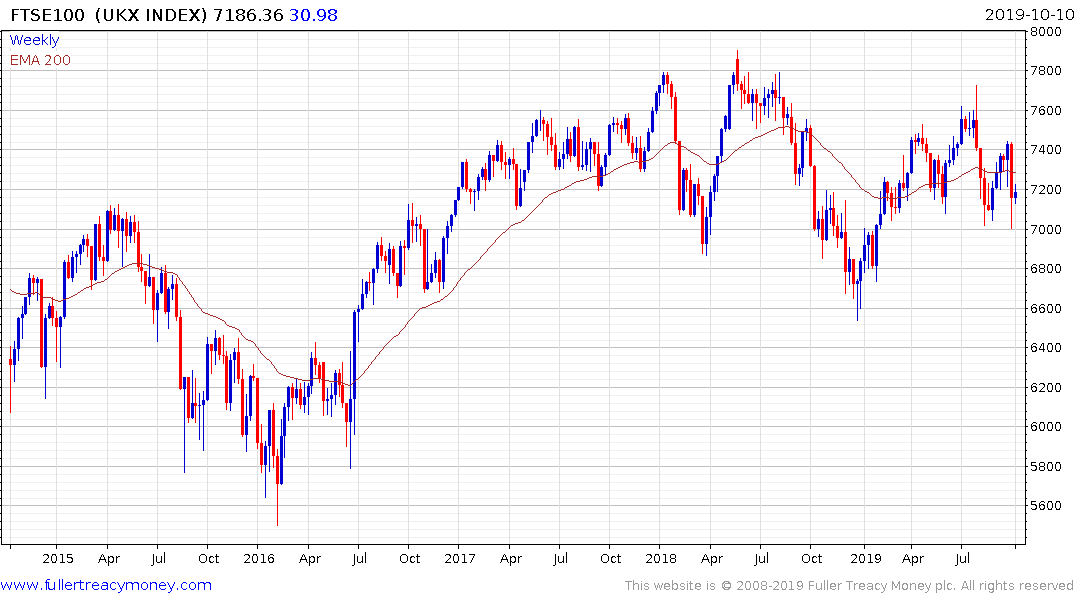 The FTSE-100 continues to firm from the 7000 level, helped by its valuation discount relative to other developed markets. 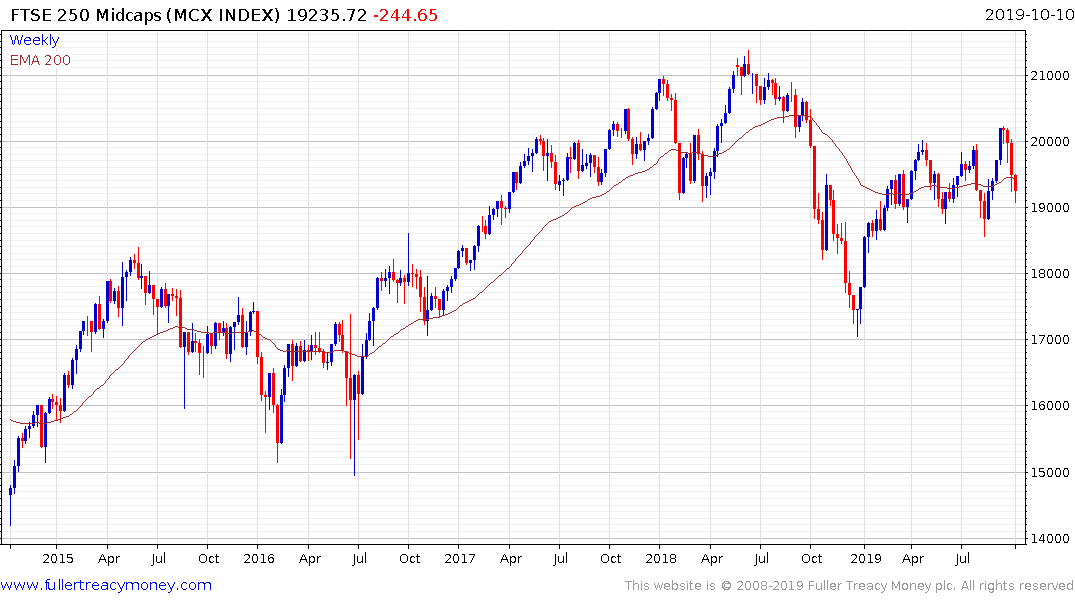 The FTSE-250 has developed a short-term oversold condition and is just beginning to show signs of steadying in the region of the trend mean.