Money-market traders have proven skeptical in recent years -- and much of the time rightly so -- about just how much the central bank might be able to push rates back up toward more historically normal levels. Officials on Wednesday scaled back from two to zero the number of rate increases they foresee in 2019.

Futures markets, which were already leaning toward a cut this year, have pushed the probability of easing to about 50 percent. For next year, a cut is fully priced in. The turnaround in Fed expectations in recent months has been accompanied by a rebound in stocks, which tumbled in December amid concern about the economy and the prospect of rate hikes.

“The Fed got the signal from markets last year as they were crashing and were pretty much devouring the economy,” said Robert Tipp, chief investment strategist at PGIM Fixed Income, which oversees about $716 billion. “A cut this year is possible. This is a good environment for U.S. fixed income,” and the 10-year yield has room to fall, he said.

The big question after the Fed’s about face on raising rates is, are they moving early enough to avoid an economic contraction? The logic is reasonably straight forward. The Fed would not have announced such a major shift in policy unless they were worried about the economic and market outlook. By going on pause and waiting for additional information they are signaling a willingness to listen to what the market is telling them. 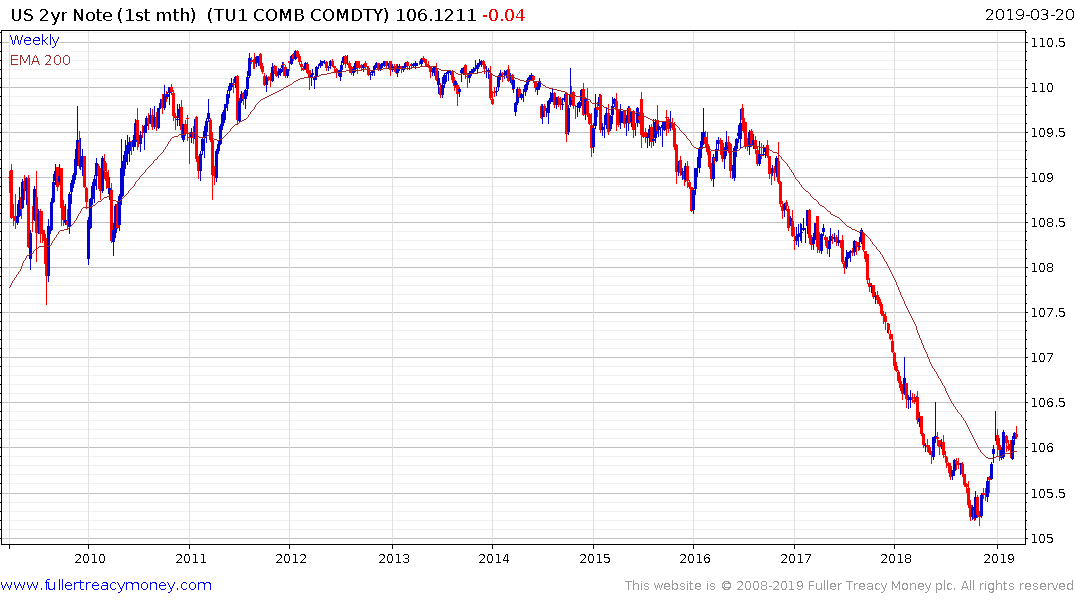 The bond market is predicting the next move will be a cut. 2-year note futures have broken their downtrend and are consolidating above the trend mean. Considering how oversold the market has been there is ample scope for additional upside, particularly if economic growth does not improve in the 2nd quarter. 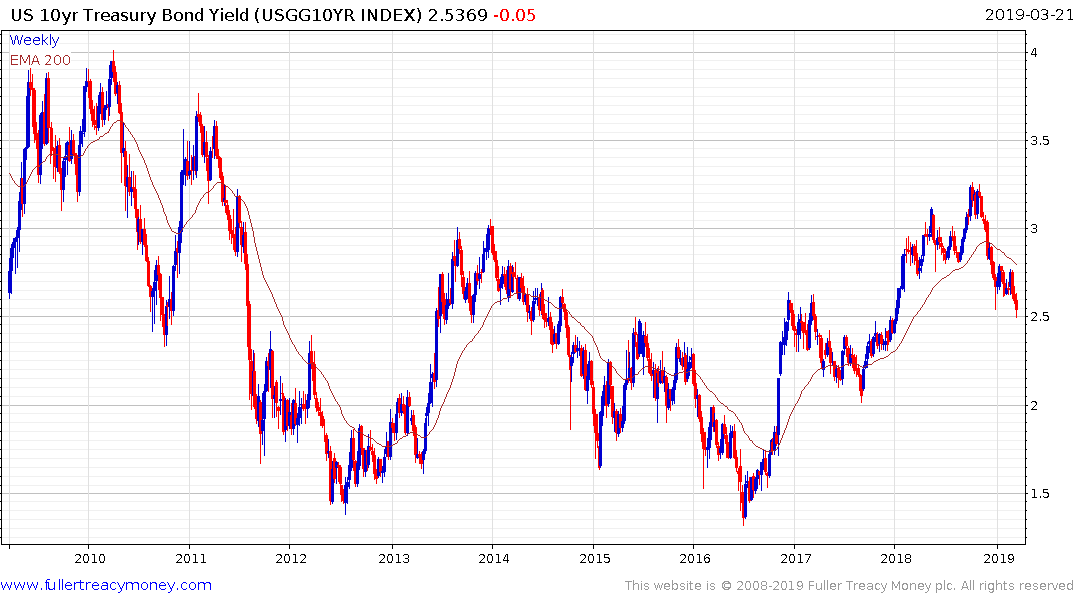 The 10-year yield failed to sustain the break above the psychological 3% level last year and has pulled back into the range in a dynamic manner. If it fails to hold the 2.5% level there is a clear risk of a move back to test the lower side of the range. That would undoubtedly only be possible in the event of a recession.