In 2012, the last time corn supply dropped that much, the U.S. crop was hit by a combination of heat and drought, sending Chicago futures to their all-time peak of over $8 a bushel. The weather isn’t quite as drastic this year and grain prices are starting from a much lower level. But U.S. Department of Agriculture data last week made things more interesting, showing American farmers planted 3 million fewer acres with corn than expected.

The surprise drop in acreage makes any decline in yields due to record-high temperatures this week more acute -- and a potential turning point in a corn market that has suffered from a massive glut. The USDA in a monthly report on Friday is expected to shave off 600 million bushels from its supply
forecast, the biggest change since 2012, according to analysts polled by Bloomberg.

“One of the things we’ve talked about for a number of years is that supply has overtaken demand,” said Stephen Nicholson, senior grains and oilseeds analyst at agriculture lender Rabobank. “To rectify that imbalance, we have two things: some sort of weather event or produce less.”

The knock-on effects of the lockdowns and reduced economic activity has yet to be full seen. Whether that is in less demand for fuel additives, greater demand for snack foods, fewer acres planted or inclement weather affecting yields. The one thing we know for certain is that commodity prices are low. Therefore, supply disruptions have the capacity to shift the balance in favour of the bulls. 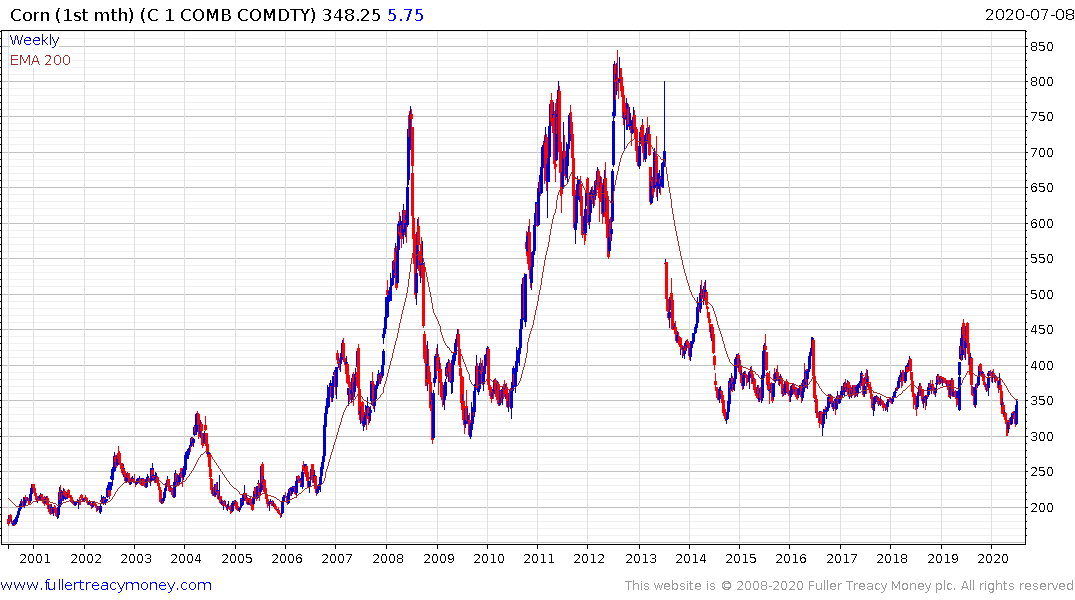 Corn is firming from the $3 area. That level was an area of resistance until 2006 and has subsequently offered support. 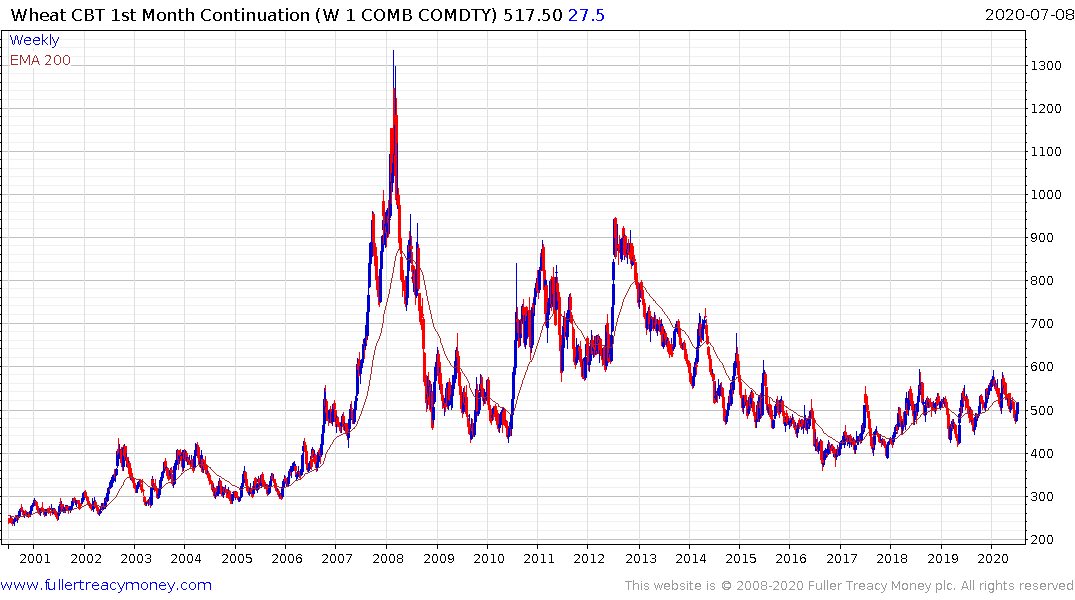 Wheat will need to sustain a move above $6 to confirm a return to medium-term demand dominance but it has developed a saucering pattern over the last five years which is consistent with accumulation. 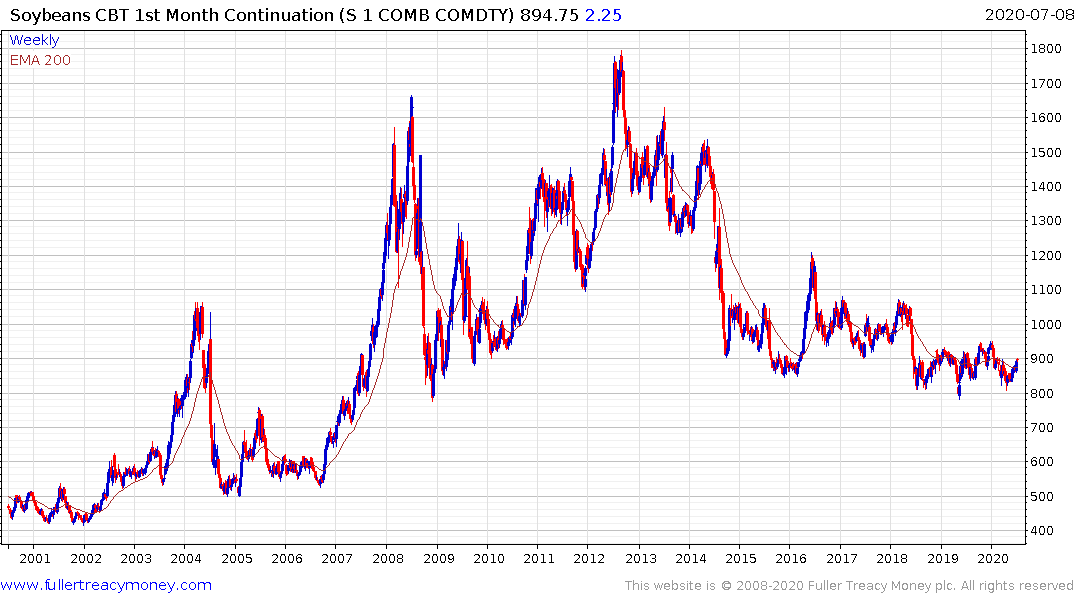 Soybeans has found support at $8 on repeated occasions since 2008. The tight two-year which has been forming above that level will need to be resolved on the upside to confirm a return to medium-term demand dominance. 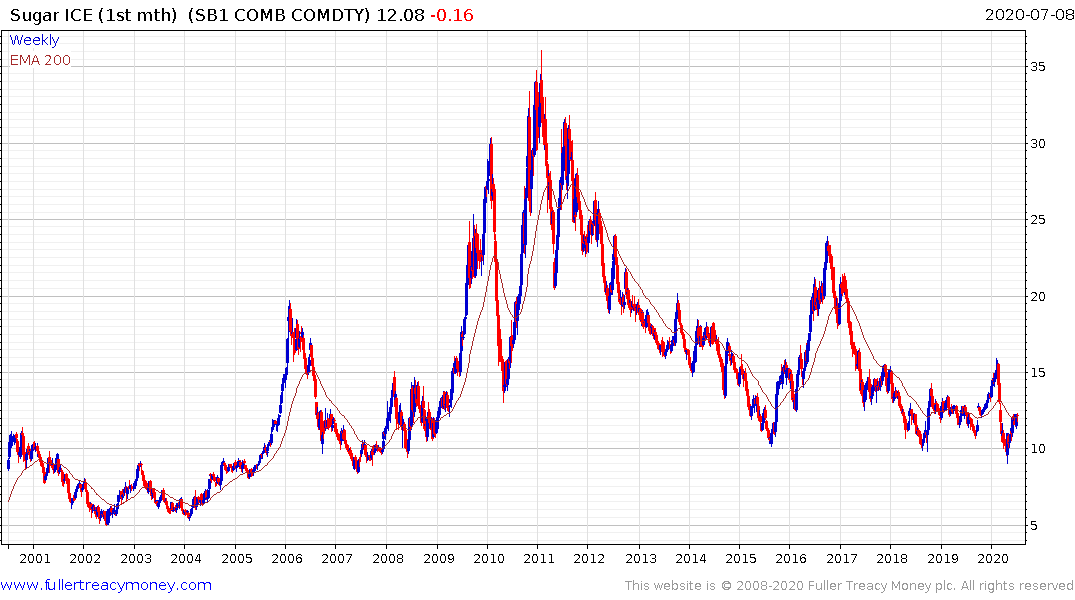 Sugar is also firming from an area which has offered support over the last 14 years. 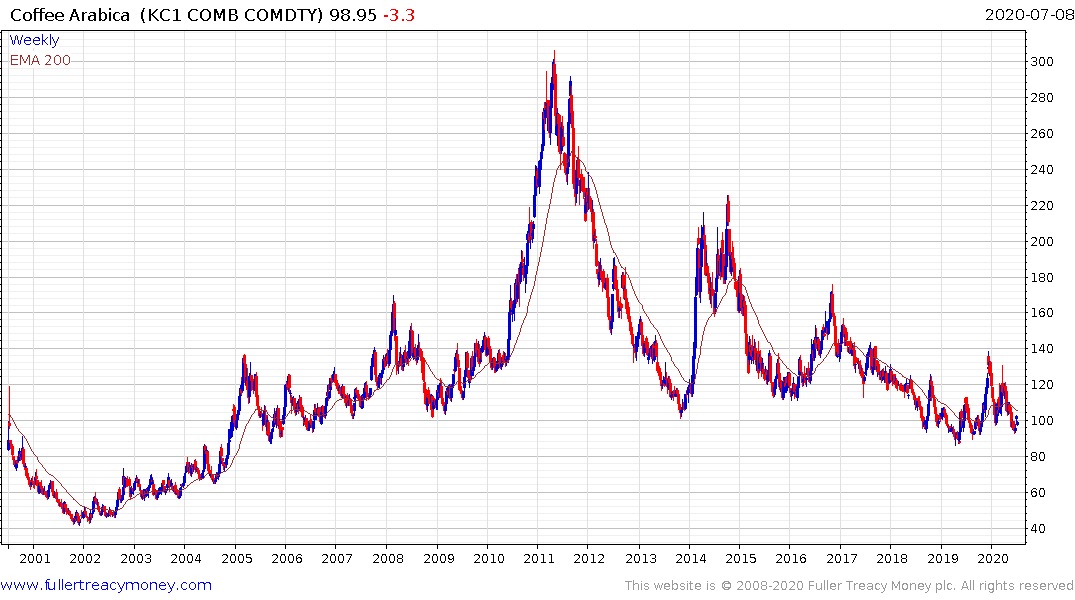 Arabic coffee has also found support in the region of $1 on multiple occasions since 2005 but it is currently trading below that level and there is a downward bias to recent trading. 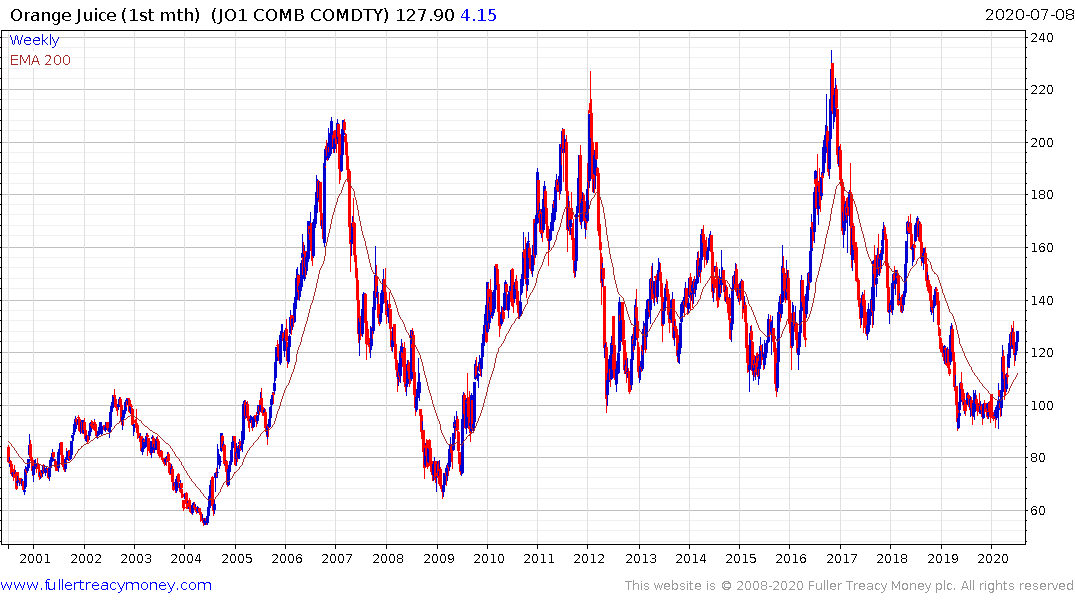 Orange Juice remains on a recovery trajectory as it bounces from the psychological $100 area. 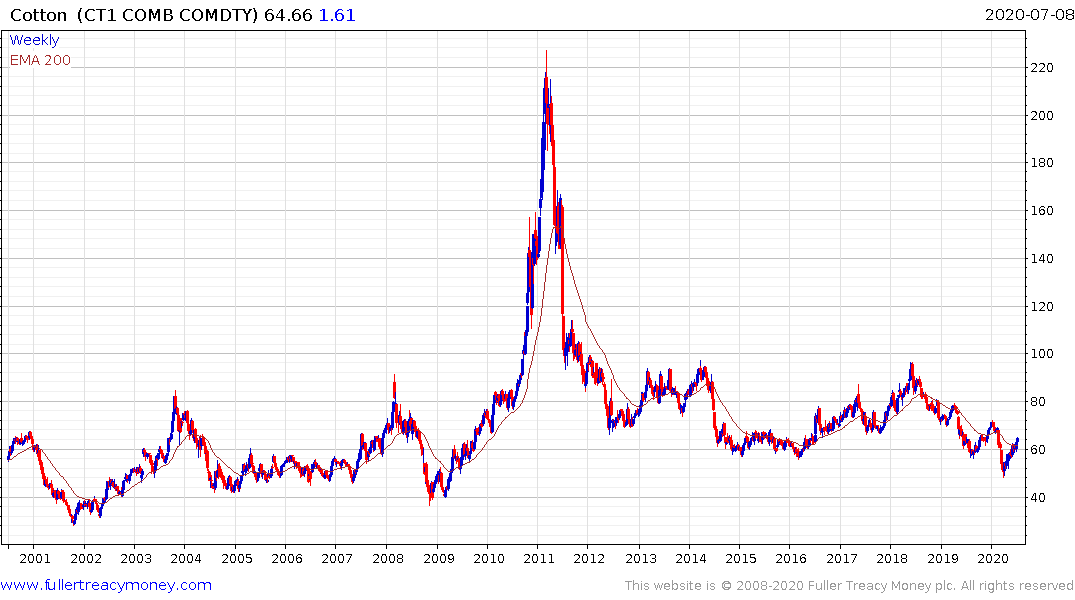 Cotton has been ranging between $50 and $100 since the early 1970s. There have been brief periods when it popped outside that band but they were quickly retraced. It is now firming from the $50 area again and is now testing the two-year sequence of lower rally highs.