Shaktikanta Das, 63, who often sought a cut in interest rates during his time at the Finance Ministry, was appointed for a three-year tenure, according to a statement on Tuesday from the Personnel Ministry. He will be the 25th governor of the 83-year-old monetary authority.

Das will take charge of the six-member monetary policy committee, which left interest rates unchanged last week after two hikes earlier this year. With inflation undershooting the central bank’s forecasts, there are growing expectations that the RBI will shift to a neutral policy stance from its current tightening bias, which could set the stage for a rate cut.

“There was a disconnect between the government and the central bank and the market now expects a less hawkish stance under the new regime,” said Aashish Sommaiyaa, chief executive officer at Motilal Oswal Asset Management Co. in Mumbai.

The RBI has been rather aggressively targeting the bad loans in some of the India banks, most particularly those in private hands rather than the politically connected state-owned institutions. The decline in oil prices has been a meaningful event for India and that will be used as an argument for adopting a more dovish monetary policy.

The bigger picture is Narendra Modi is up for election next year and while there has been an uptick in the pace of reform, he had not delivered the sweeping change many were hoping for when they gave the BJP their first outright majority in years. Modi was the first of the populist leaders to be swept into power and it is quite likely he is going to do everything in his power to buy the election. That suggests stimulus is about to be unleashed. 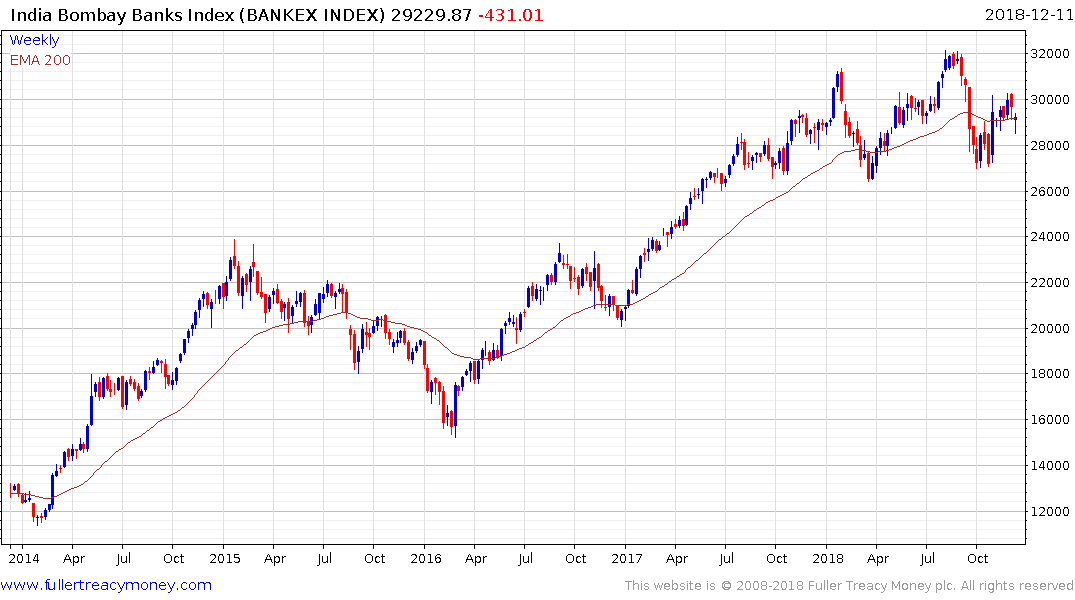 The Bombay Banks Index bounced from its lows today and a sustained move below 28500 would now be required to question medium-term scope for additional upside. 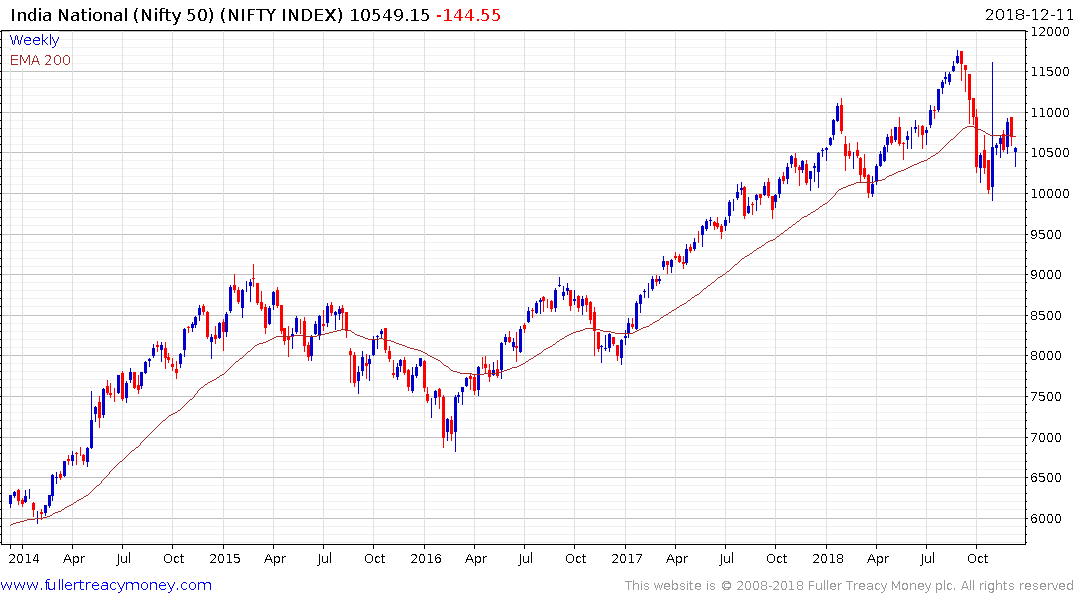 The Nifty Index has a similar pattern.

Upside follow through tomorrow would signal a failed downside break for Yes Bank. 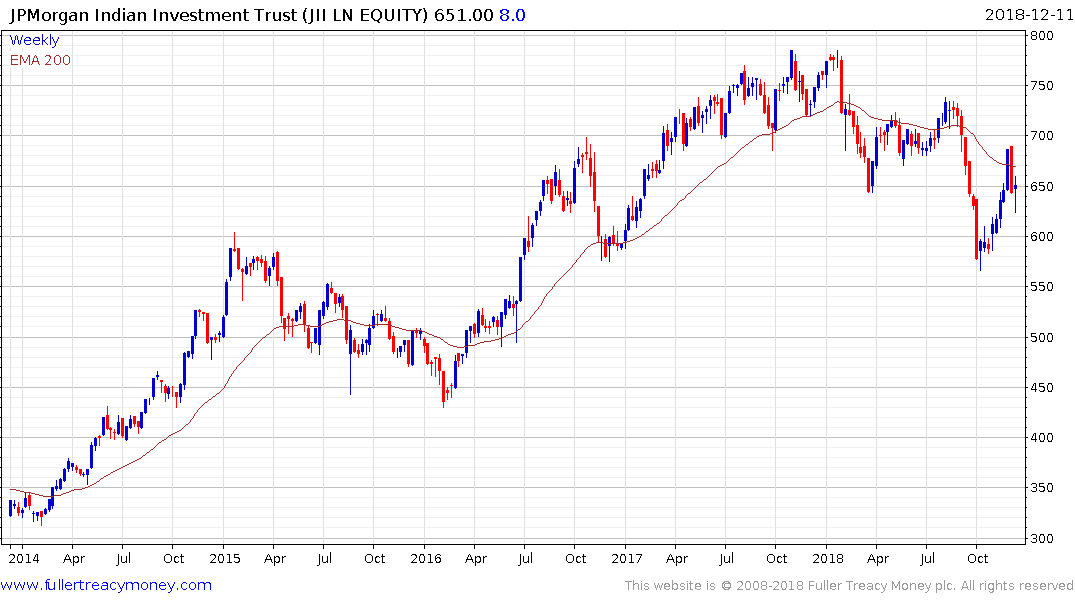 The size of India’s domestic economy relative to the still evolving export sector generally insulates the market from international strife. The JPMorgan India Trust has unwound its overextension relative to the trend mean but will need to sustain a move above 700p to confirm a return to medium-term demand dominance.