The leaders pledged to cut taxes and fees “on a greater scale,” increase the issuance of special-purpose local government bonds by “a relatively large margin,” and strike a balance between monetary tightening and easing to ensure “reasonably ample liquidity,” as they promised to continue to take measures to address the financing difficulties faced by private and small companies. The measures are part of official efforts to “strengthen counter-cyclical policy adjustments,” which refers to government support to boost economic growth, according to Xinhua. Proceeds from sales of special-purpose local government bonds are often used to fund infrastructure investment, a key driver of economic expansion.

They noted that the world is facing a “once-in-a-century” change that entails both crisis and opportunities. They urged the nation to “turn crisis into opportunities” by improving its technology and innovation capabilities, deepening reforms and opening up further, participating in global economic governance system overhaul, and speeding up a transition to high-quality growth, the report said.

China has been weighing on the shadow banking sector for much the last two years in a bid to contain the risk that has been building in the regional banking sector. That curtailment of access to liquidity and enforcement of rules that have previously been ignored has been a major contributor to slowing growth.

On my last trip to China in August, the one impression that stuck with me was an abiding sense of unease in the people we met. That was clear evidence of the pressure that is coming to bear on the population and the economy.

I’ve posted a large number of graphics focusing on the Chinese economy over the last few months and I thought it would be useful to put them all together in one place so here goes. 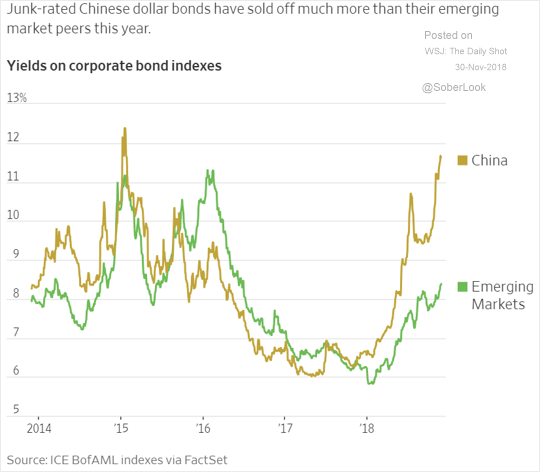 China’s high yield bond yields have been rising much faster than those in other emerging markets. 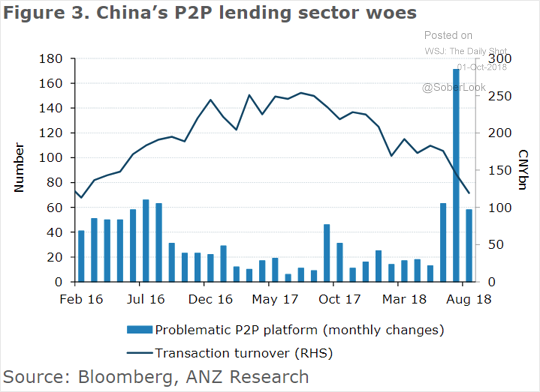 China’s P2P lending sector surged in from early 2015 but has slowed markedly since 2017 while problem loans have become more of a problem. 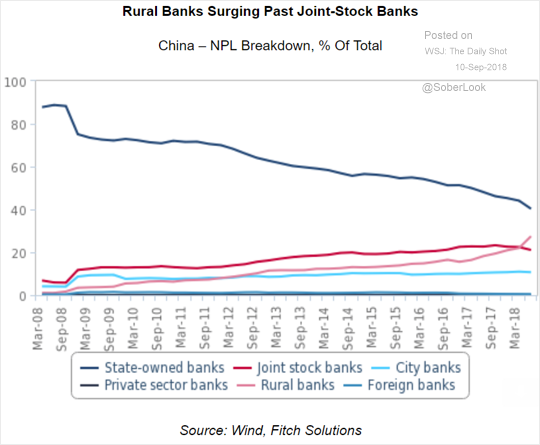 Problem loan growth is an accelerating problem above the unlisted regional banks while it has been trending lower above the state-owned systemically important banks. 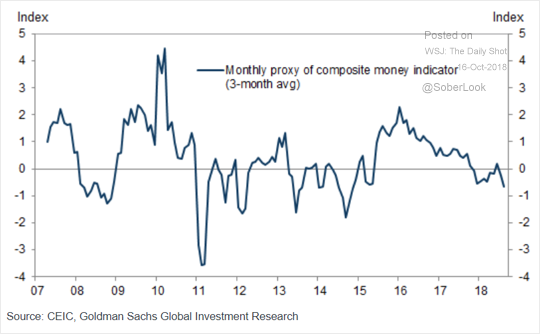 China’s gauge of liquidity went negative for the first time since 2015 at the end of last year. 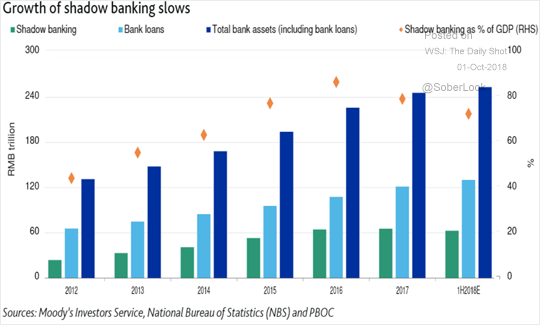 These efforts at containing speculation and reducing liquidity have succeeded in reducing the role of shadow banking in the economy.

The primary reason we have seen an uptick in volatility across markets and asset classes this month is because global liquidity is tightening and no country has stood up to state, they are willing to provide back stop to markets. 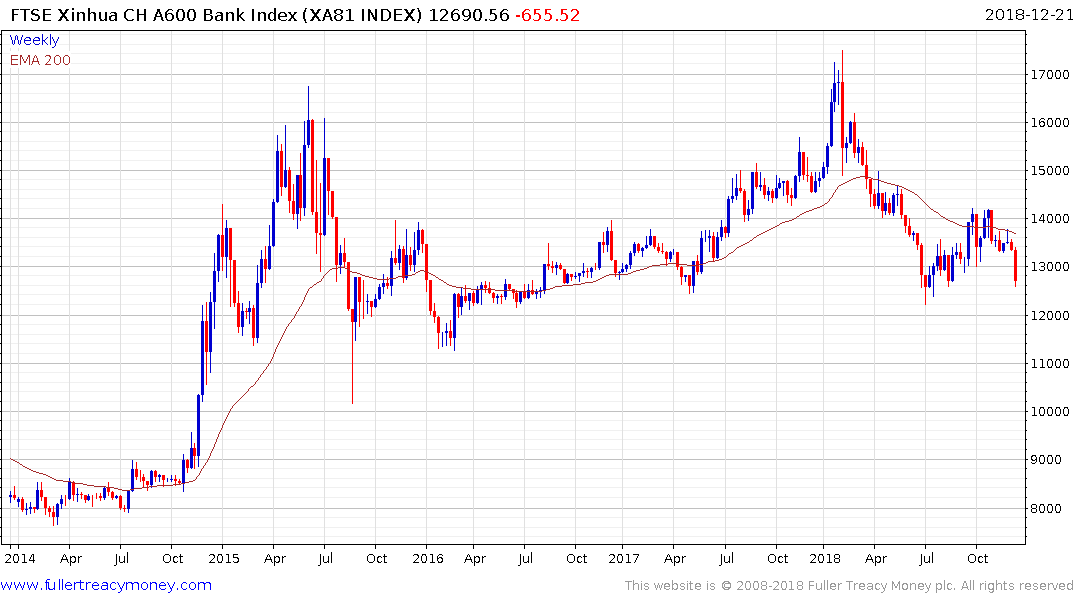 The Chinese banking sector has fallen abruptly this week to break the sequence of higher reaction lows evident since July. That’s a clear signal China needs to introduce measures to stimulate the economy now or it risks not just slowing growth but a recession. Capital is both global and mobile so if China goes ahead with a substantial fiscal stimulus and announces a backstop for the market has the potential to be a larger catalyst for stability in the global economy but the measure introduced will have to be large in scale. This is an important sector to watch when we think about the potential for markets to find support next year.