Too early to play politics
Comment of the Day

Too early to play politics by Eoin Treacy

Political backdrop remains totally unpredictable. In a true statement of the obvious, this is the most complicated election-year setup we could possibly have. There is incredible uncertainty in 1) how the voting process is going to work and insuring against possible voter fraud; 2) which candidate will win the presidential vote; 3) whether the Democrats sweep to take Congress, the Senate and White House; and 4) whether either side will concede defeat anywhere near election day. Now the nomination of the next Supreme Court Justice is already impacting an already fragile political environment. Frankly, the outcome of these issues are truly undefinable, and we believe making an investment decision based on the political landscape at this point would be simply guessing, so we remain focused on what we know — the continuing pandemic coupled with the lack of further fiscal action means the Fed is likely to reinforce or even accelerate its aggressive monetary policy accommodation for years to come.

Expect higher taxes if there is a Democrat sweep. If the Republicans retain either the White House or Senate there is little risk of a significant change in the tax code; but, if the Democrats retain the House and win the Senate and Presidency we would expect a meaningful change in tax policy as already outlined by the Biden’s team stated proposals:

The Presidential debate is this evening and many people are preparing to tune in with expectations for an entertaining pantomime. Joe Biden has been preparing for this event for months while President Trump has said his day to day job is enough to prepare him for the debate. The outcome of the debate has potential to be a source of volatility because expectations for Biden’s performance have been pegged so low that even a modest performance will likely be seen as a positive. 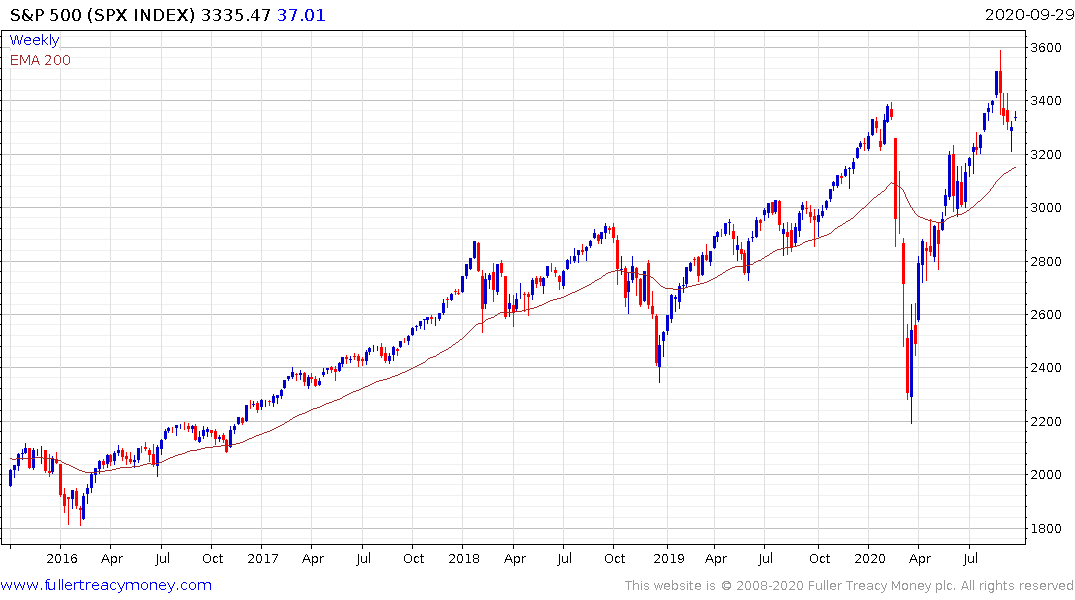 As detailed above, the outlook for a Democrat clean sweep that would remake tax policy should be a major concern for investors. At present the stock market is not behaving like that is a likely scenario. In fact, if the rebound continues over the next month, it would be supportive of President Trump being re-elected. 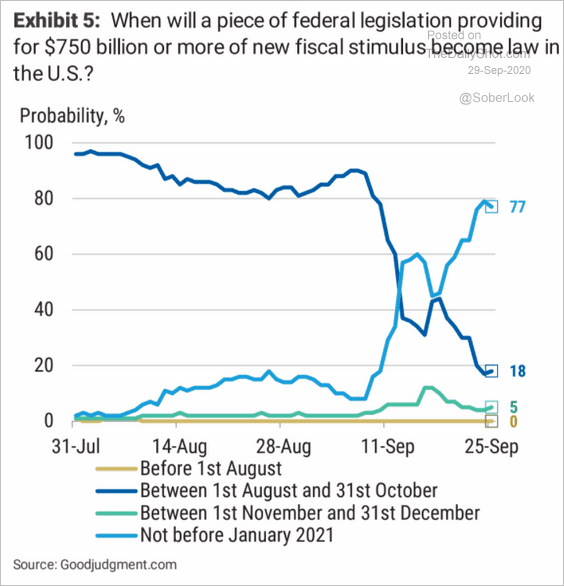 Liquidity is the other primary area of concern for investors. Sentiment about a new stimulus package being agreed has deteriorated with most people expecting an announcement in early 2021. 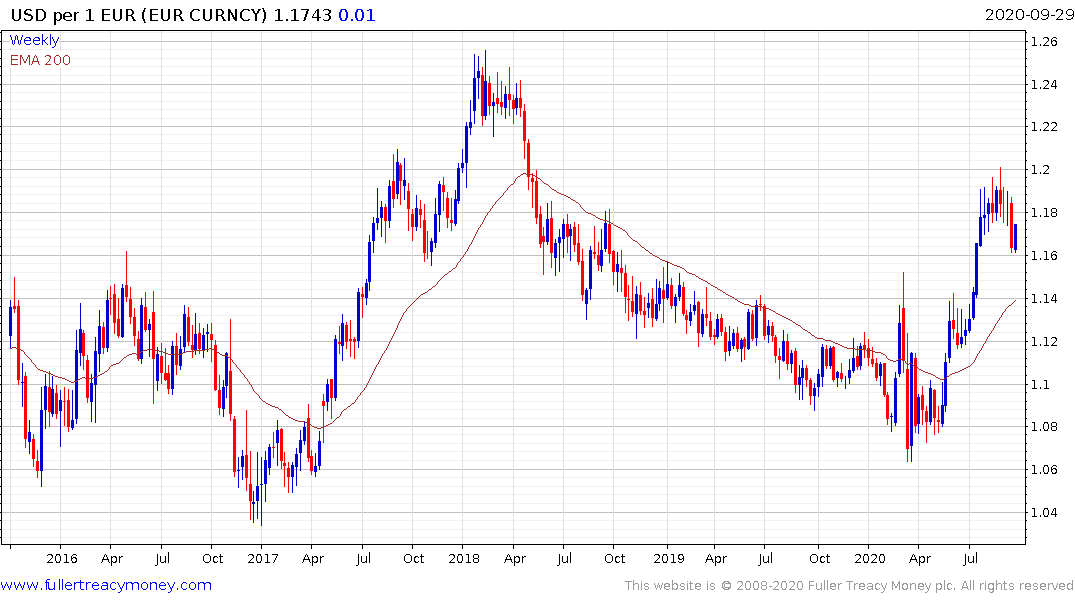 Germany announced today that there may be a delay in providing the Eurozone’s stimulus package because of disagreement on how it will be policed. That supported the Euro. The Dollar Index is testing the upper side of the underlying range and will need to bounce soon if the rebound is to remain intact.