The shares jumped as much as 17 percent to $119.60 in New York trading, an all-time intraday high and the biggest one-day leap in almost a decade.

The overhaul started by Chief Executive Officer Alessandro Bogliolo consolidated a rebound under way when he took over last year, with revenue growth last quarter at the highest since 2012. The former Diesel executive aims to woo a younger clientele with refreshed jewelry lines and generate hype for the 181-year-old brand. The revitalization attempt includes redesigned stores and back-end improvements in procurement and technology operations.

“We are particularly encouraged by the breadth of sales growth across most regions and all product categories,” Bogliolo said in a statement.

Global same-store sales climbed 7 percent, in the quarter ended April 30 when holding currency constant, compared with the 2.6 percent growth projected by analysts, according to Consensus Metrix.

On that basis, sales rose 9 percent in North America, Asia- Pacific and Japan, all beating analysts’ predictions. Asia was particularly strong in China and Korea. The weak spot was Europe, which saw a 9 percent decline due to reduced spending by overseas tourists, the New York-based company said.

There has been a high degree of commonality in the luxury goods sector this year as the Trump tax cuts unleashed some pent-up consumer demand. Front loading purchases of goods likely to rise in value in anticipation of inflation has also been a factor in the outperformance of the sector. Additionally, luxury goods manufacturers have been at pains to try and appeal to a younger demographic.

Here is a link to the luxury goods section of the Chart Library. 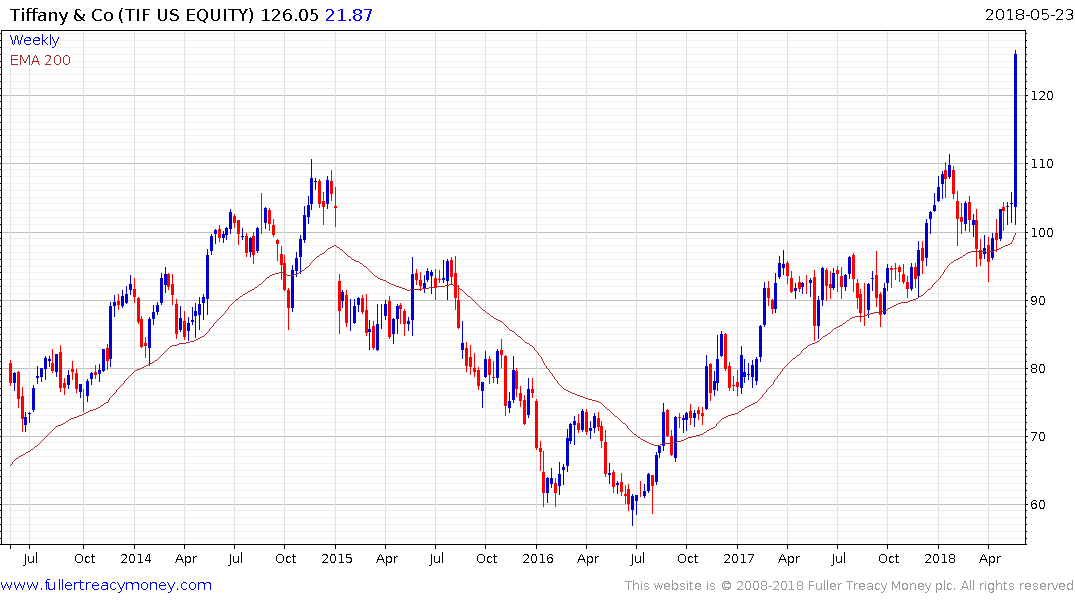 Tiffany broke out to new highs today and a clear move below the psychological $100 level would be required to question medium-term scope for additional upside. 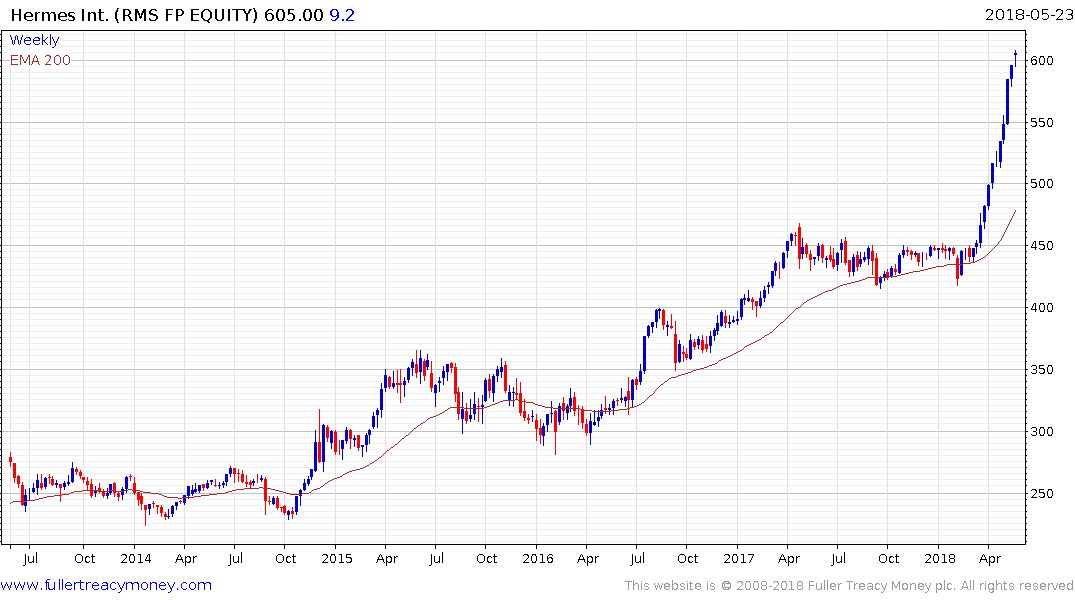 Hermes has accelerated higher over the last few months and is at risk of a mean reversion or at least some consolidation. 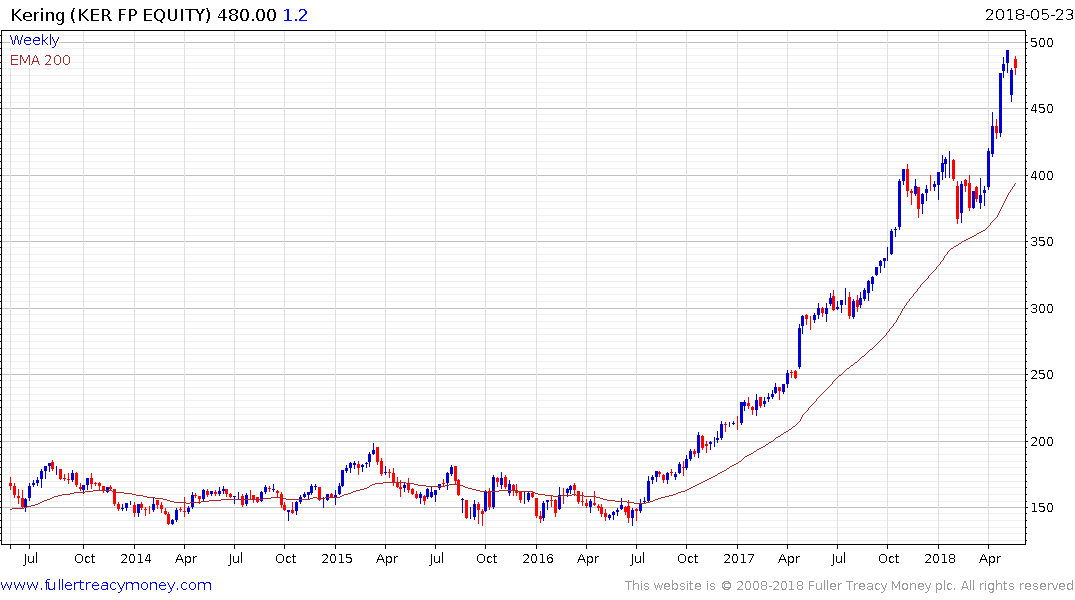 Kering has developed an even more exaggerated overextension relative to the trend mean. 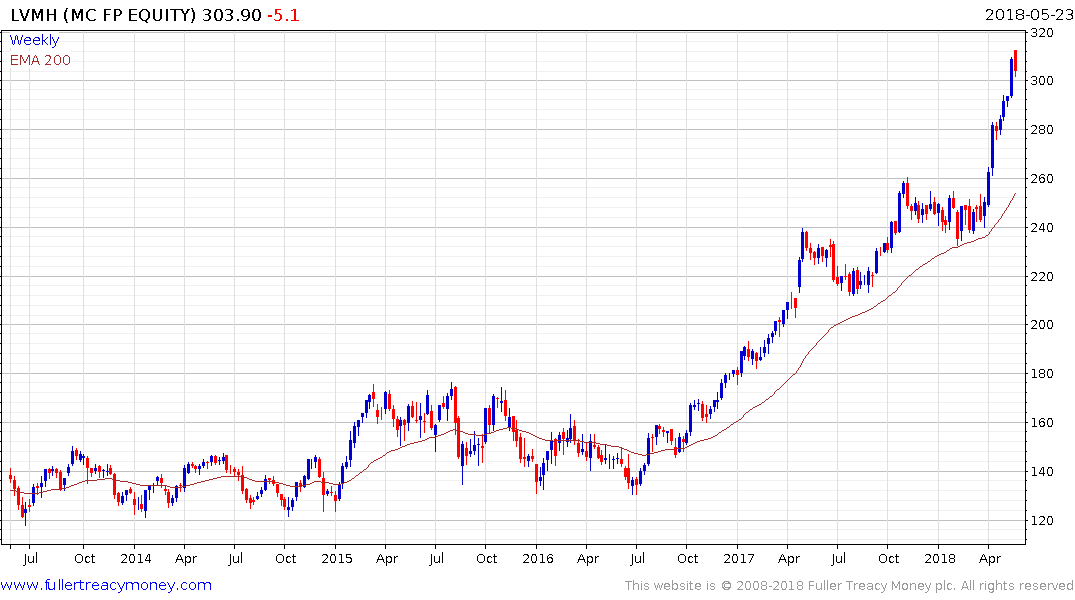 LVMH has a similar overextension. 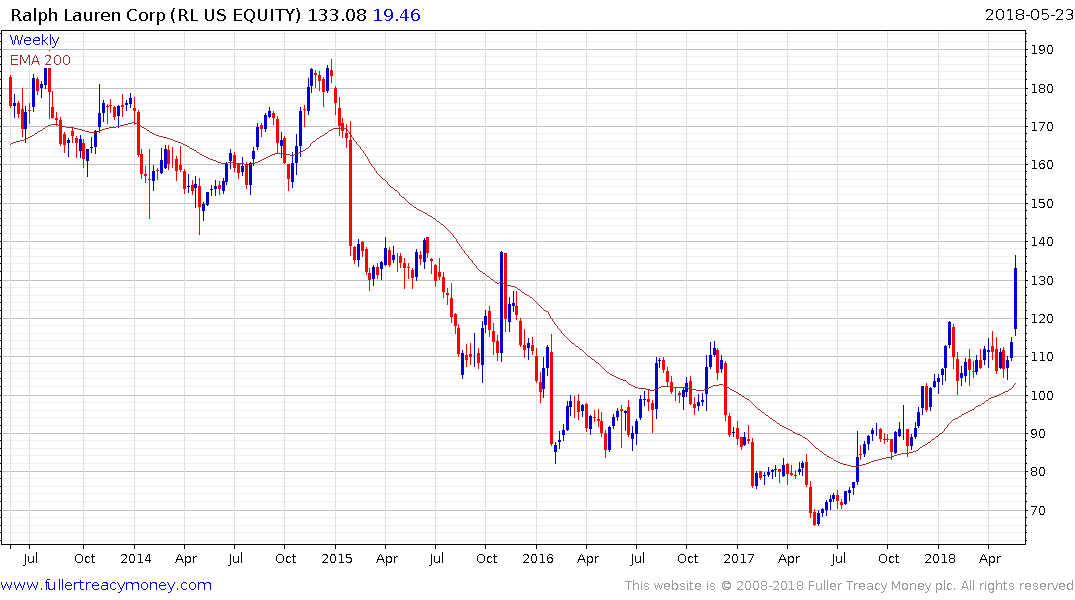 Ralph Lauren found support in the region of the trend mean three weeks ago and surged to new recovery highs today on news the founder and new CEO are getting along. 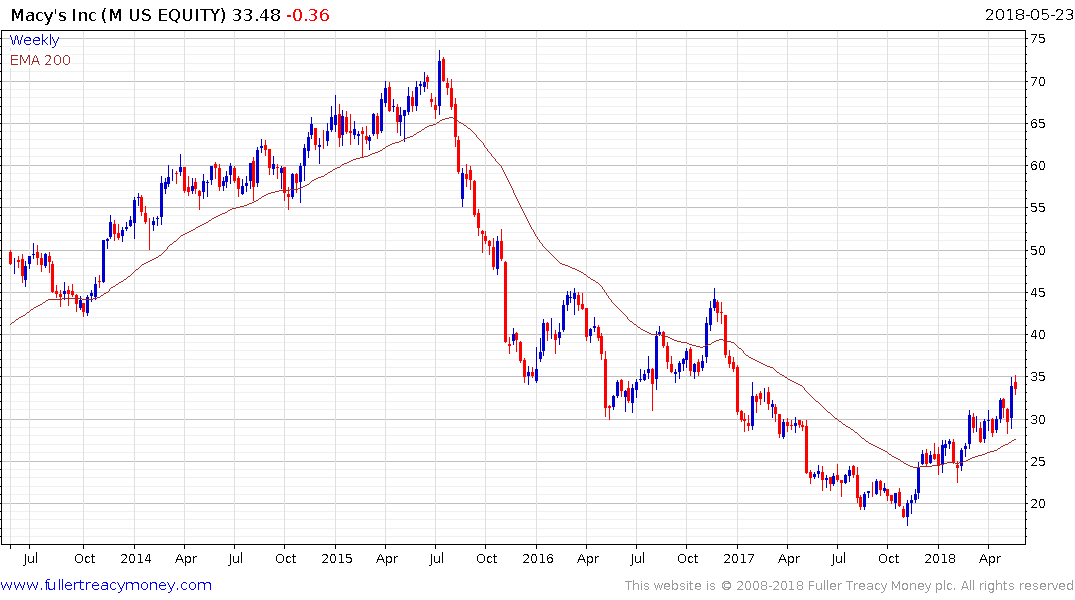 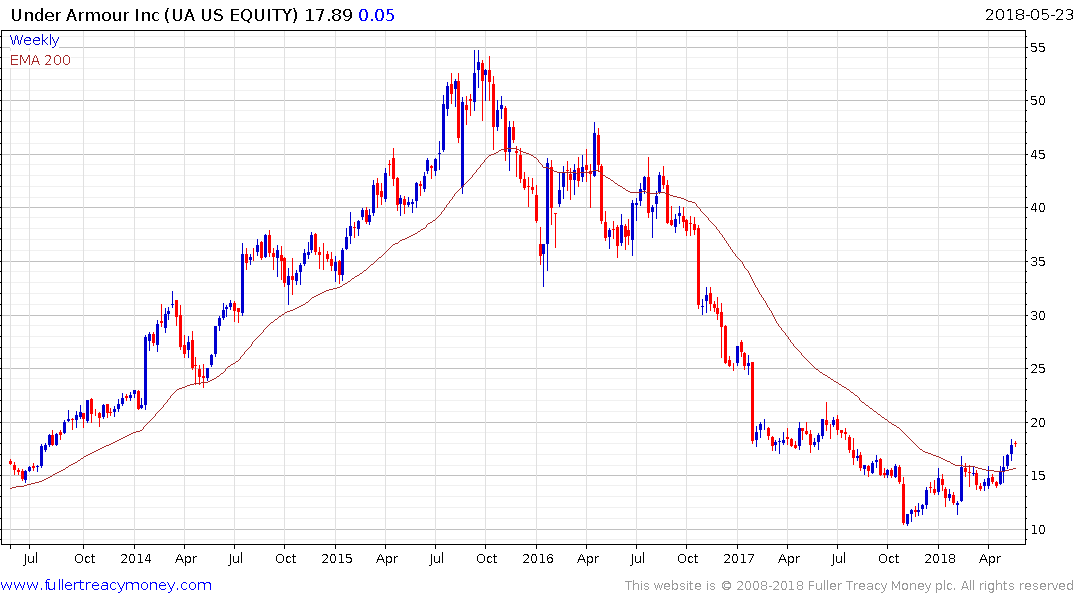 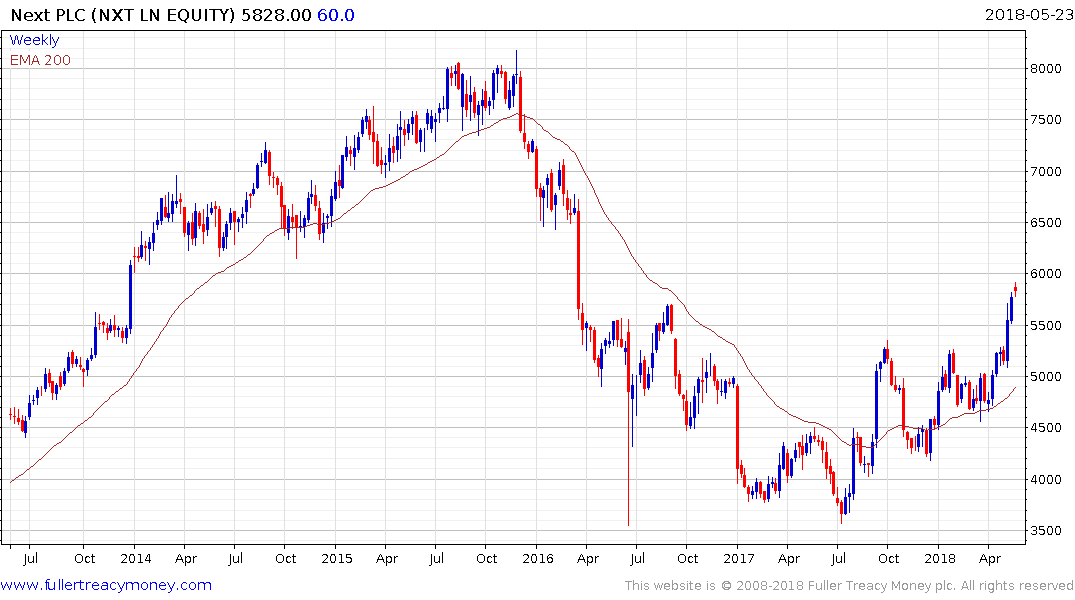 Interestingly in the retail sector, there are an increasingly number of shares with patterns similar to Ralph Lauren including Under Armour, Next Plc and Macys. That suggests the worst may be over following a very difficult three-year pattern of underperformance.