Three Reasons To Be Bullish
Comment of the Day

Three Reasons To Be Bullish by Eoin Treacy

Economics - 3 Reasons To Be Bullish: We see an absolute and relative growth story in Indonesia for 2022. We expect growth here to accelerate into 2022, even as it moderates in other parts of Asia and growth differentials between Indonesia and the rest of the world are likely to become more favourable. Indeed, we expect Indonesia to be a prime beneficiary as growth broadens out from the front-runners to the laggards and from exports to domestic demand. This is due to: (1) Indonesia is a reopening domestic demand play. We estimate that Indonesia will have implemented more than enough doses to fully vaccinate its adult population by Jan-22 and 99% of its total population by Mar-22. Rising vaccination rates should unlock growth delta from domestic demand. India's recovery patterns offer some interesting insights in that regard. (2) Indonesia offers an inflation hedge against stagflation concerns from supply-side constraints. It is one of the only two net commodity exporting economies in AXJ and hence benefits from the positive terms-of-trade as commodity prices rise. (3) It has one of the strongest structural growth stories in the region and offers diversification opportunities away from China. Its benign demography and low debt ratio stand in contrast to most other parts of Asia. Geopolitical tension and Covid have increased the need to diversify manufacturing risks and policy[1]makers are capitalising on this with the right structural reforms.

Indonesia was one of the best performing markets in the post GFC recovery. That was because the entire ASEAN region was not leveraged to the US mortgage market and reacted very positively to massive monetary accommodation. The recovery in commodity prices also contributed to its outperformance. That ended when commodities peaked and the Dollar began to recover.

Indonesia has both a large young population, increasingly vibrant domestic demand story and services economy, as well as being a major commodity exporter. Governance has also been reasonably stable under the Widodo government, albeit it with greater influence of religious parties during the last election. 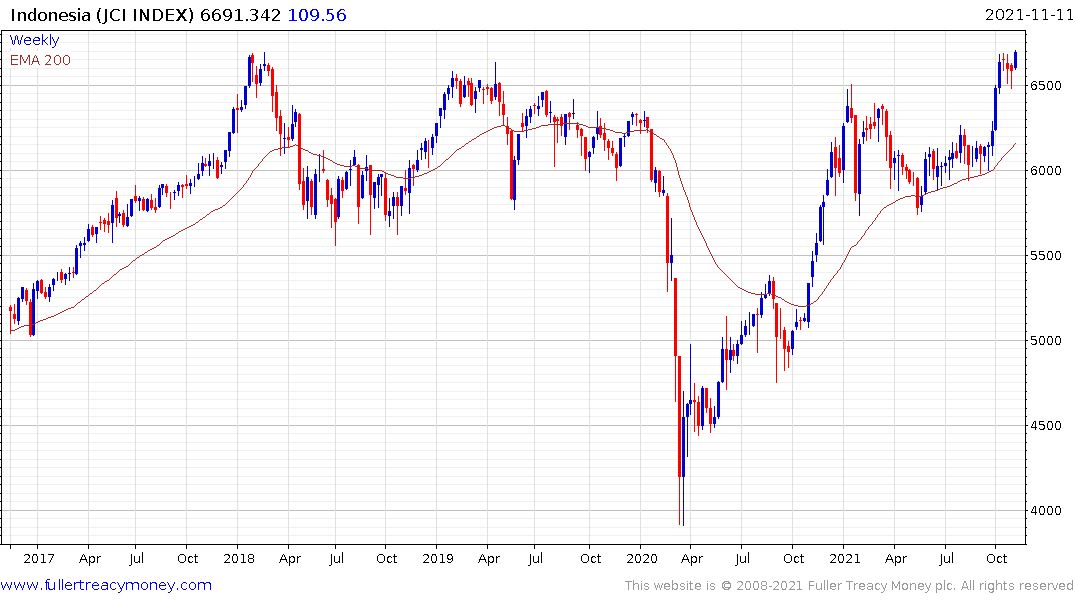