This Preschool Is for Robots
Comment of the Day

This Preschool Is for Robots by Eoin Treacy

What makes Brett’s brain tick is a combination of two technologies that have each become fundamental to the AI field: deep learning and reinforcement learning. Deep learning helps the robot perceive the world and its mechanical limbs using a technology called a neural network. Reinforcement learning trains the robot to improve its approach to tasks through repeated attempts. Both techniques have been used for many years; the former powers Google and other companies’ image and speech recognition systems, and the latter is used in many factory robots. While combinations of the two have been tried in software before, the two areas have never been fused so tightly into a single robot, according to AI researchers familiar with the Berkeley project. “That’s been the holy grail of robotics,” says Carlos Guestrin, the chief executive officer at AI startup Dato and a professor of machine learning at the University of Washington.

After years of AI and robotics research, Berkeley aims to devise a system with the intelligence and flexibility of Rosie from The Jetsons. The project entered a new phase in the fall of 2014 when the team introduced a unique combination of two modern AI systems&and a roomful of toys—to a robot. Since then, the team has published a series of papers that outline a software approach to let any robot learn new tasks faster than traditional industrial machines while being able to develop the sorts of broad knowhow for solving problems that we associate with people. These kinds of breakthroughs mean we’re on the cusp of an explosion in robotics and artificial intelligence, as machines become able to do anything people can do, including thinking, according to Gill Pratt, program director for robotics research at the U.S. Defense Advanced Research Projects Agency.

Part of why the robotics industry is so interested in the type of AI in development at the Berkeley lab is because, unlike with most emerging technology, it already works really well, says Abbeel. “Everybody who tries something seems to get things to work beyond what they expected,” he says. “Usually it’s the other way around.” The work has piqued the interest of executives at Dyson, Fujitsu, Siemens, Toyota, and several startups, who have visited the lab, Abbeel says.

Technological innovation is proceeding at such a rapid rate that people depending on low skilled work are being replaced. This is particularly true of factory settings that do not require movement over potentially rough terrain. Education, upskilling, individual creativity and product customisation are more important than ever if individuals are to thrive in an environment where industrial automation is proving to be a powerful competitor.

Within the two major aspects of robotics i.e. hardware and software, the latter is improving much more rapidly. Deep-learning and adaptive learning represent accelerating fields which Google appears focused on dominating. 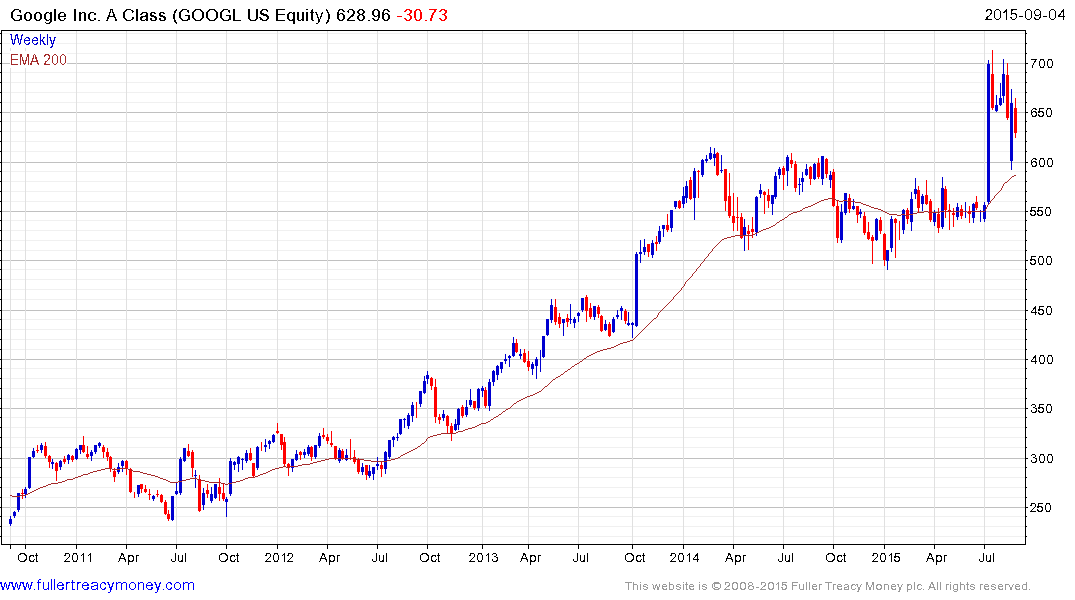 The share bounced from the upper side of its underlying range at the end of August and will need to hold the $600 during the current pullback to demonstrate a return to medium-term demand dominance. 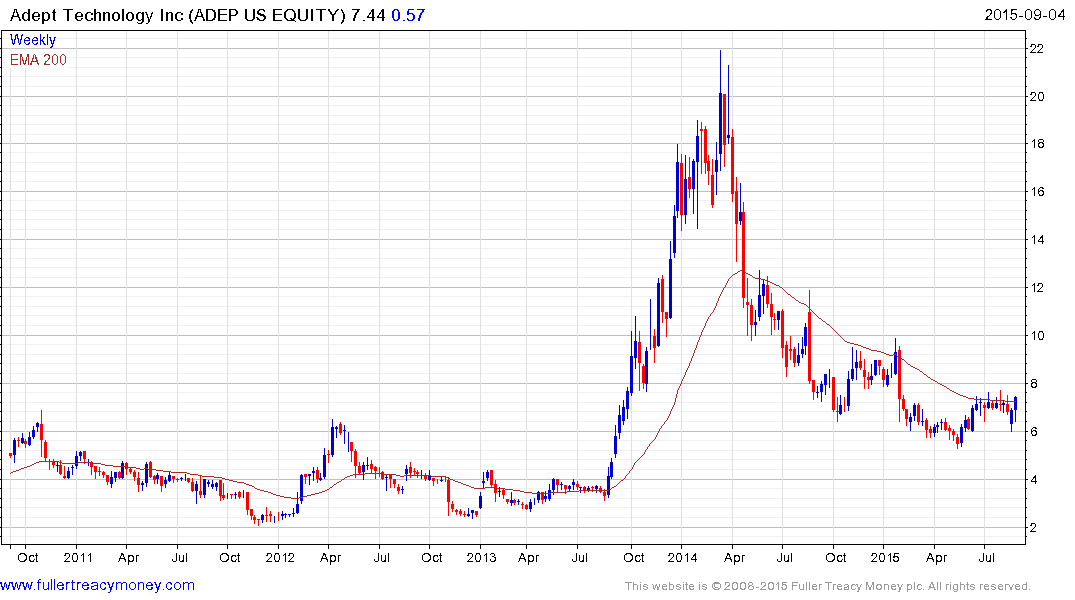 I reviewed a number of other industrial automation software last week and Adept Technologies is additionally worthy of mention. The company is involved in hardware, optics as well as software and the share bounced in late August to post its first higher reaction low in more than a year. A sustained move below $6 would now be required to question medium-term recovery potential.